Bound by Flame bound for May 9th release

Bound by Flame, the new RPG developed by Spiders studios, will be released on May 9th on PlayStation 4, PlayStation 3, Xbox 360 and PC. Today, the game offers a new glimpse of what’s in store with a new series of exclusive images of some of the ferocious creatures you’ll have to face in your numerous quests!

The bestiary you will confront in Bound by Flame is impressive, rich and varied. Conceived and brought to life by the talented teams at Spiders studios, these creatures are as terrifying as they are deadly, and will do their utmost to make your life hell in spectacular, real-time and highly tactical battles. And just how they do that is revealed in the six new screenshots we urge you to check out now!

The strategic depth of the combat system in Bound by Flame has been made possible mainly through the variety and originality of the game bestiary. Each creature has its specific attacks, special skills and, in particular, individual behavior that will force the player to adapt his tactics and combat style depending on the composition of the groups of enemies he encounters. This, combined with the awesome range of strikes available to the player, the use of magic and the incredible combat animations, contributes to make the battles in Bound by Flame both tactically complex and visually stunning. 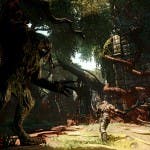 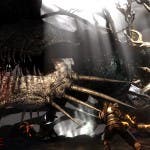 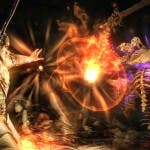 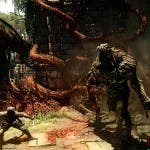 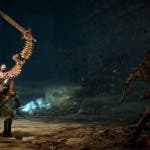