The critically-acclaimed shooter Plants vs. Zombies™ Garden Warfare brings even more bizarre fun with the new 8v8 “Gnome Bomb” gameplay mode, the option to customize your load out with 24 new ability upgrades and an all-new map, Chomp Town in the downloadable Garden Variety Pack (DLC) available for free starting March 18 on Xbox One and Xbox 360.

The Garden Variety Pack features 24 new ability upgrades, three for each class including Sunflower’s Solar Flare Beam, Chomper’s Super Goop which cements zombies in place and the All-Star Zombie’s Ultra Tackle. These upgrades give players even more load out options for battle in the fun-dead field. The Garden Variety Pack also introduces the explosive Gnome Bomb mode that challenges plants and zombies to work together to destroy each other’s reinforced garden or graveyard. Players can explore a new funtastic map, and encounter a band of fresh Pirate Zombies, such as the Map Pirate Zombie who shields himself with a treasure map, in Sharkbite Shores and Port Scallywag. 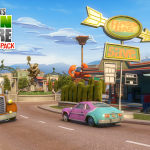 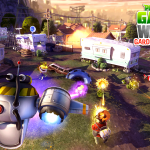 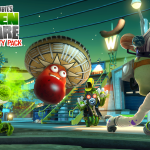