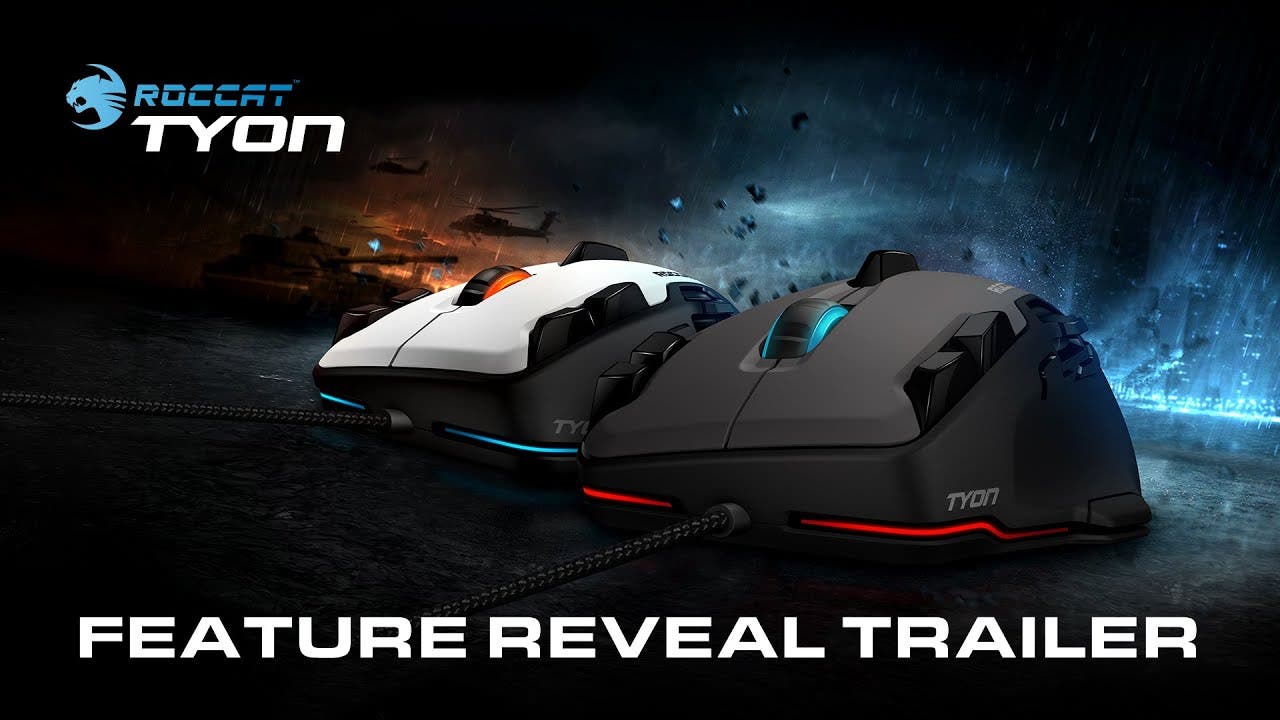 ROCCAT, industry leader and high-water mark for computer game accessory development and design, has once again raised the bar for control and precision in gaming. With the most extensive set of streamlined, tested, expertly designed features available, the ROCCAT Tyon gaming mouse answers the needs of an increasingly nonlinear gaming experience with more dimensions of play than ever before. With 16 assignable buttons, 31 distinct possible functions, and a near limitless level of customization thanks to ROCCAT’s dedicated Easy-Shift[+] Button, the Tyon is a game-changer, literally. Today’s gaming experience demands players adapt to many dimensions of gameplay. Land, sea, air, space — gamers must master each layer to compete and win. ROCCAT’s designers and developers have worked in close collaboration with gaming experts, logging hundreds of hours of testing and fine-tuning to ensure the Tyon’s abilities meet these challenges head-on.

The Tyon provides the simplest access to the most features in a gaming mouse with clean lines, an exceedingly comfortable right-handed shape, with an exhaustively tested button placement scheme that makes the mouse an exceptionally engineered and aesthetically appealing masterpiece. Amongst its many features, the ROCCAT Tyon introduces the X-Celerator, a two-way analog stick. ROCCAT founder and CEO René Korte says of this feature,” Throttling, sprinting, rotating tank turrets, the X-Celerator is the solution for players frustrated with being shackled to myriad keyboard commands.”

Yet another unique feature to the Tyon is the Dorsal Fin, a two-click button set behind the mouse wheel, allowing for a comfortable mid-finger action, eliminating any need for major hand adjustments, and once again, taking two more keyboard actions and shifting them tactically to the Tyon gaming mouse.

Yes, the Tyon is a marvel of power and efficiency, with 576kB of onboard memory to ensure vast storage of settings and macros, and an 8200 DPI Pro-Aim Laser Sensor for precision, quickness, and accuracy when needed most. But, it is also a spectacle to behold. The strong design standards are amplified by dual lighting options, with vivid RGBY illumination for both the lower rim and wheel of the mouse, which can be programmed with separate color schemes of the user’s choice. Additionally, this battle mouse comes in both black and white. The Tyon strikes a balance of form, function, and visual appeal like no product before it.

“We designed the Tyon not only for experienced gamers who want to take their play to the next level, “says René,” but for every level of player to grow into. The Tyon is a mouse made for gamers ready to take control and precision to the next level, designed and crafted over many months of testing, tuning, and perfecting, using feedback from the best minds in PC gaming. This is an ideal example of ROCCAT putting their ear to the ground and hearing what gamers want, and putting in the man hours required to bring the best product to life. We’re excited to bring the Tyon to the masses.” 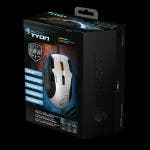 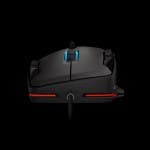 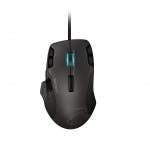