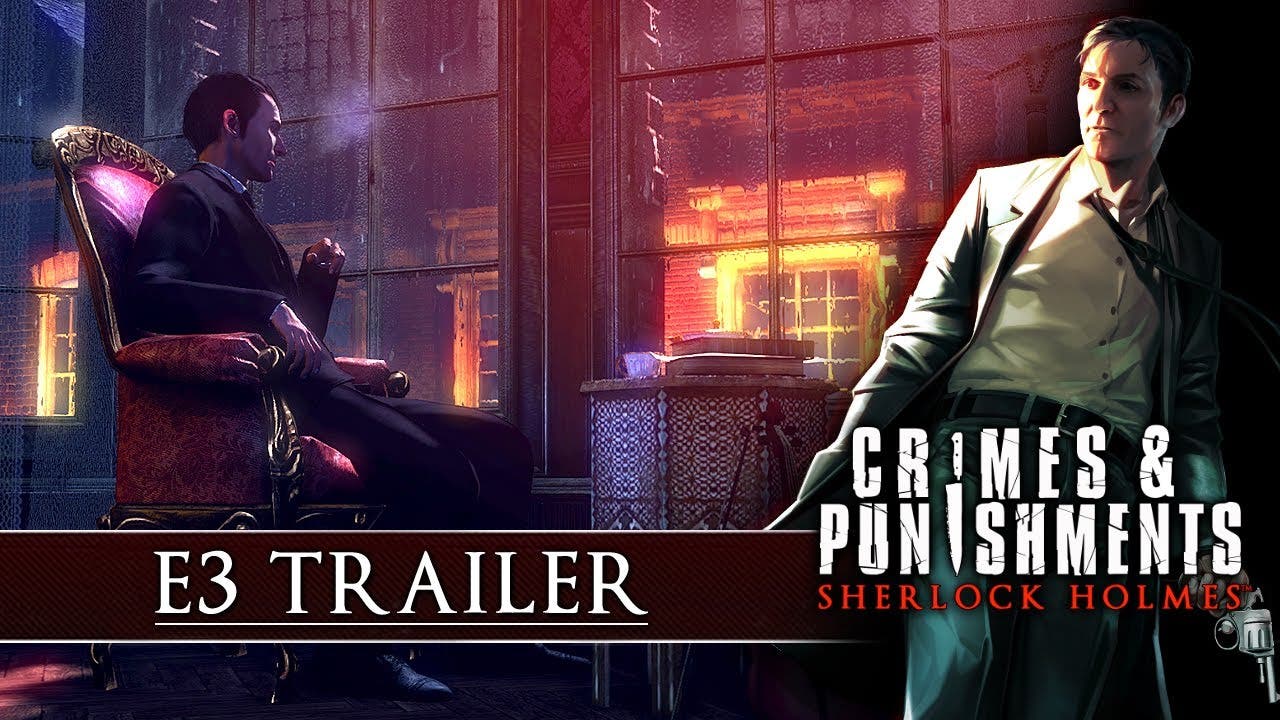 Crimes & Punishments, the new Sherlock Holmes investigation game scheduled for release in September on PlayStation 4, Xbox One, PC, PlayStation 3 and Xbox 360, can today reveal an exclusive trailer in the run-up to E3 in Los Angeles, where the game will be presented on the Focus stand (West Hall Booth 5512).

Each of the six investigations in Crimes & Punishments is packed full of suspects who you will be able to identify using the clues gathered at the crime scenes or from the information gleaned during your interrogations. However, although every case may generate a number of potential suspects, you’ll still have to determine the real perpetrator of the crime by an astute deduction of the chain of events based on all the evidence you have collected during your investigation.

But beware; if your deductions are incorrect or if you rush to solve a case without assembling all the relevant clues, you may accuse the wrong suspect and condemn an innocent person which, as this new trailer will demonstrate, could have some disastrous repercussions!