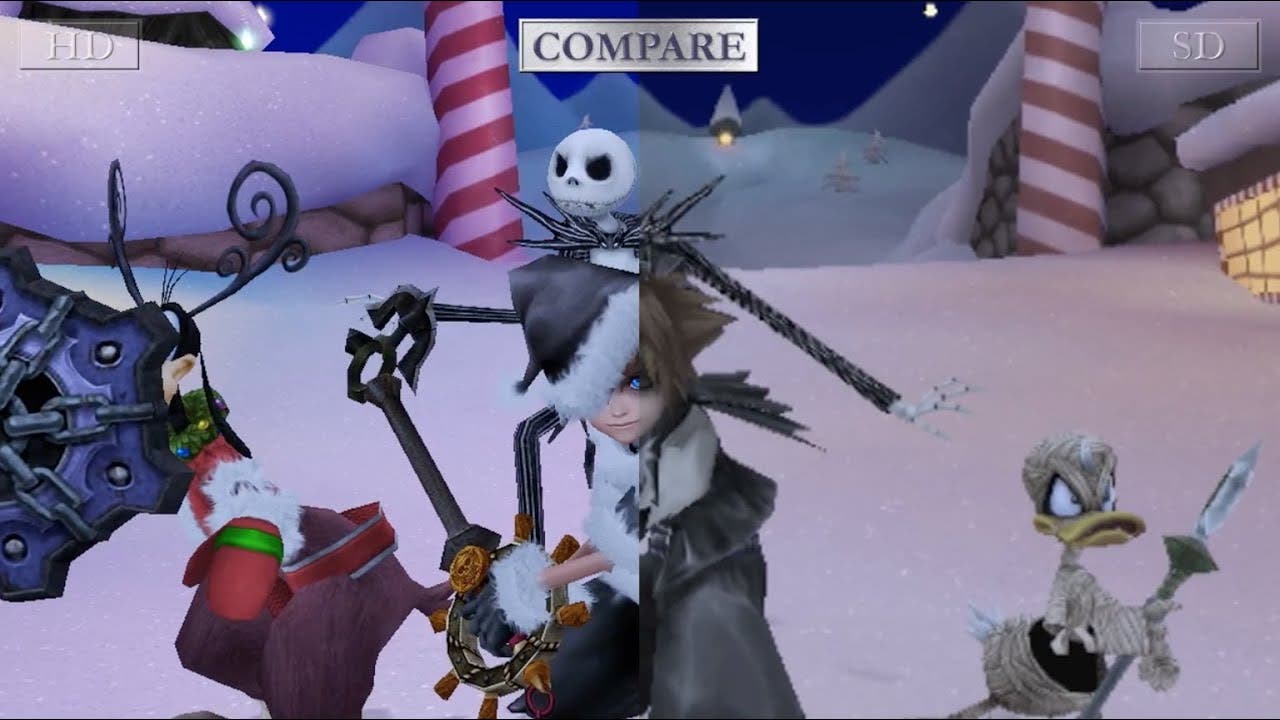 Fans can take an interactive journey through the fully remastered world of KINGDOM HEARTS HD 2.5 ReMIX, as SQUARE ENIX Inc. has released a new trailer today that compares and contrasts the visuals between the original games and the HD Compilation.The trailers show key scenes from KINGDOM HEARTS II and KINGDOM HEARTS Birth by Sleep with new improvements, including the remastered visuals, enhanced color palettes and new costumes. Viewers can interact with the new HD / SD / Compare buttons to directly see the improvements as well.KINGDOM HEARTS HD 2.5 ReMIX will be available for North America on December 2, 2014 for the PlayStation 3 system, and will be priced at $39.99. The game is now available for preorder onAmazon.