Codemasters took the criticisms of GRID 2 to heart. And in that time since that game’s release until now, has been the development of GRID Autosport. And, as stated in my preview, they have worked to correct the major problems of the past game rather than toeing the line. If you’ve played the ToCA Race Driver series, also by Codemasters, you’ll be more inclined to enjoy GRID Autosport as a result, if not for some debris on the track. 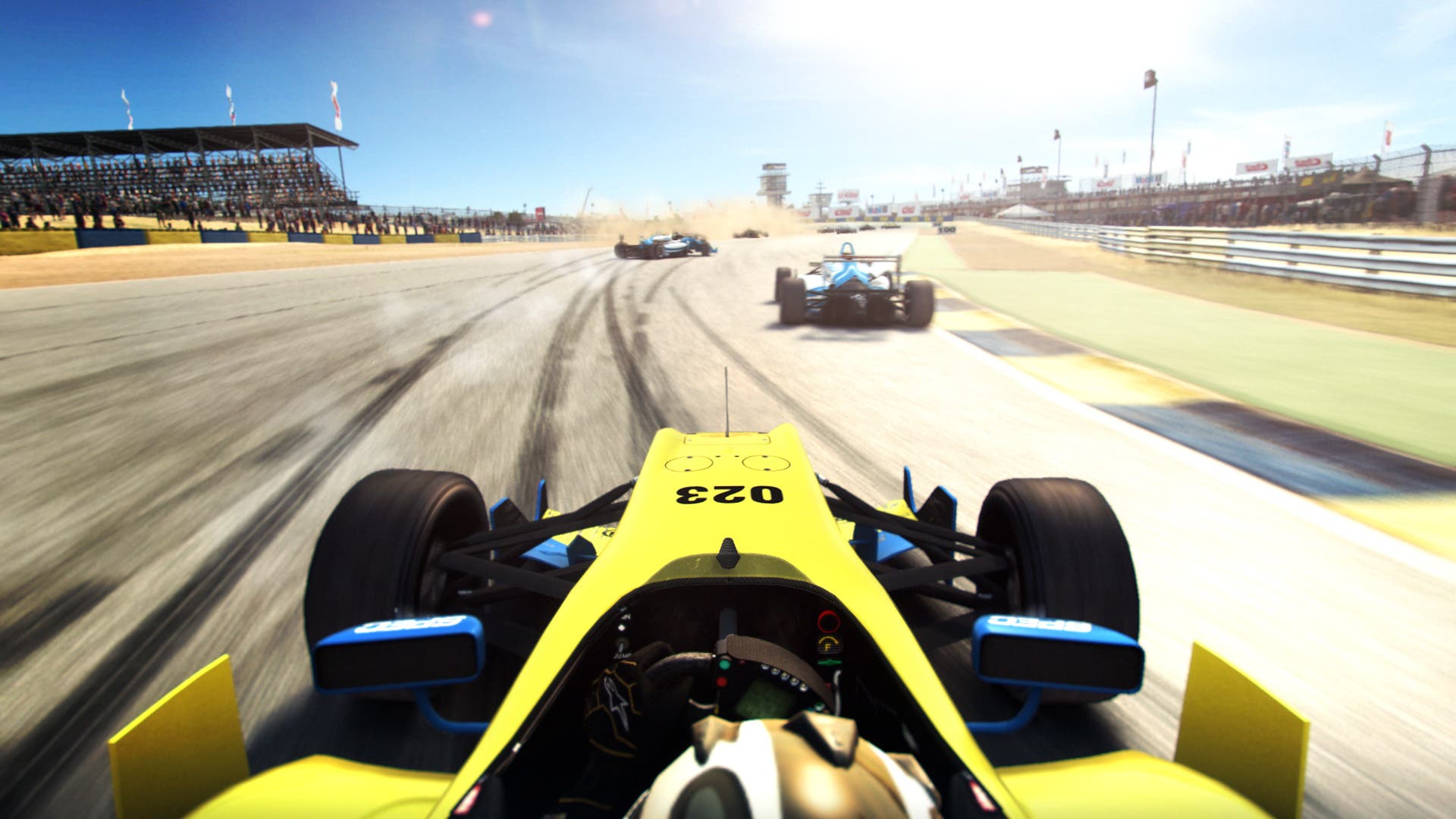 Starting a career is much more defined and focused this time around. You have the freedom to choose between five disciplines: street, tuner, open wheel, endurance, and touring. Street races have you taking muscle cars onto the confined streets of Washington D.C. and Chicago. Tuner has you performing in drift events, and against the clock in time attacks. Open Wheel features Formula C through A cars, but compared to Codemasters’ own F1 series, feels like racing go-karts here. Endurance races simulate LeMans-style events with a sped-up clock that simulates a lengthy race with changing time of day and everything. Lastly, the touring is the classic and most representative of classic racing in a post ToCA Race Driver-era, that really shows off what the AI can do.

These different styles have their own levels where experience can be earned by competing in events, win or lose. Along with this freedom, you can spend as much or as little time with each discipline. But to participate in the “GRID Events”, will require a specific level to be reached across all styles in order to participate, leaving you to potentially play a racing type that you don’t particularly care for or enjoy to proceed. As in prior games, you have a teammate, but you are now given control of said teammate. He can now be ordered to be more passive or aggressive in their positioning on the grid.

Rather than collecting and owning cars, you’ll sign for various teams like Razer and Oakley to satisfy sponsorship goals that return experience points. Before taking on a new season or a different discipline, you’re given the choice of who to race for, and it’s there you’ll see the reward winning presented before you. If you have an idea of how you’ll do in a season, you’ll know if you’ll be able to beat a specific racer to complete that objective, or place 1st on a certain track. These choices of how to earn experience makes it exciting for you, the driver to be given incentive over just winning. 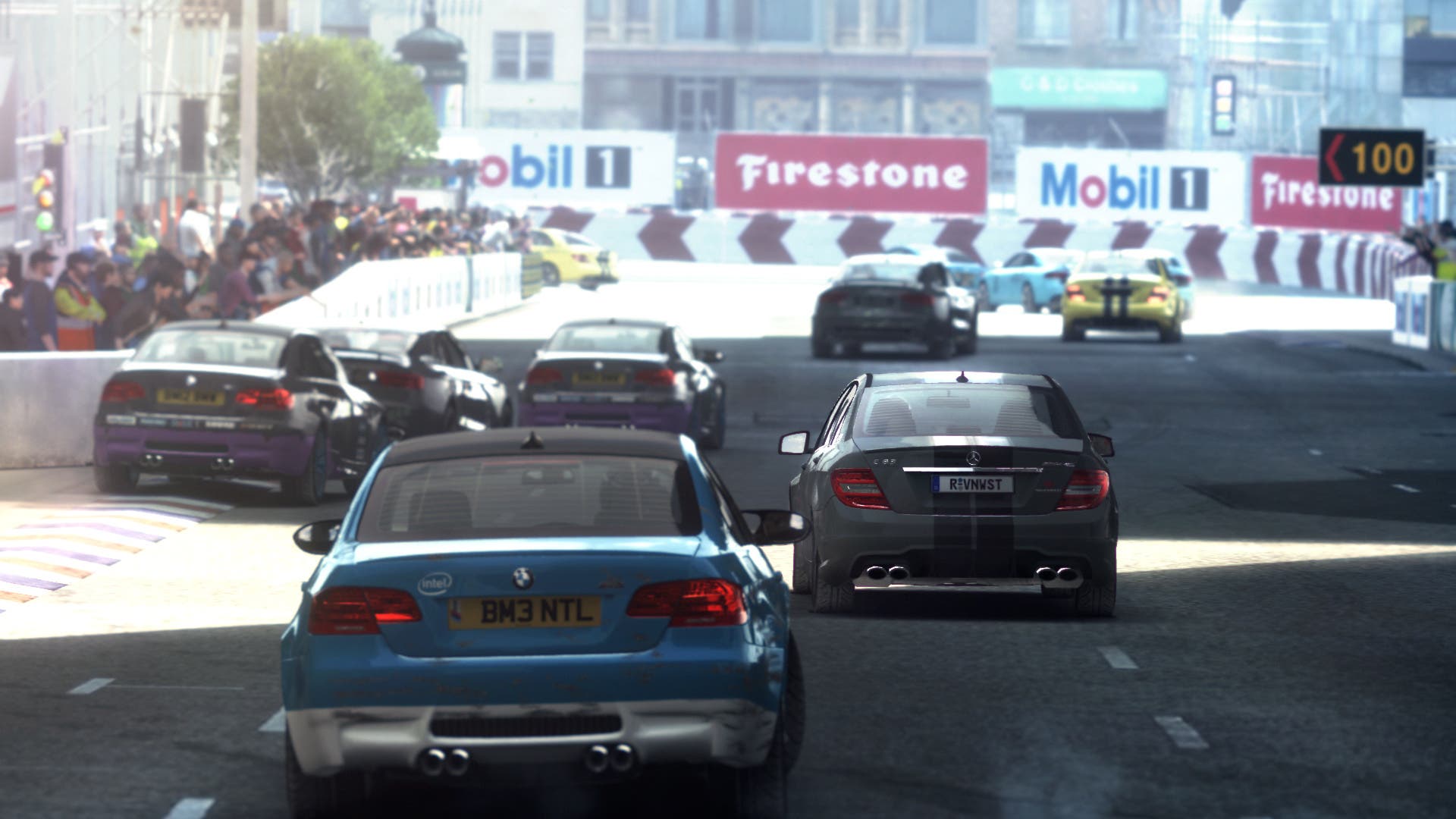 The core of GRID Autosport is the racing. Gone is ham-fisted storyline of GRID 2, thankfully. And controlling any of the vehicles given to you are worthwhile, as none of the starting cars feel “slow” or is a “junker” before you start working your way up. While a bit too forgiving, GRID Autosport shifts the pendulum the other direction, straddling an even arcade and simulation style of handling.

Locations span 22 locations with 100 different routes that makes for a lot of variety in course design, along with time of day gives the game a fresh feel every time you race, and doesn’t feel like it repeats as often as it did in GRID 2. There are some locations that repeat from the last game, but with the expanded course designs, helps negate the feeling of sameness, just a little bit.

Damage is pretty much the same as it has been, allowing you to damage sections of your car to any specific degree that affect suspension, engine, and steering. Take a turn too hard, or get slammed off track? Flashback can correct that with a simple rewind. Damage such as tire punctures or just too much damage cannot be fixed in a pit stop, because there aren’t any. Fuel consumption isn’t an issue in things like endurance races either, which they suffer as a result. 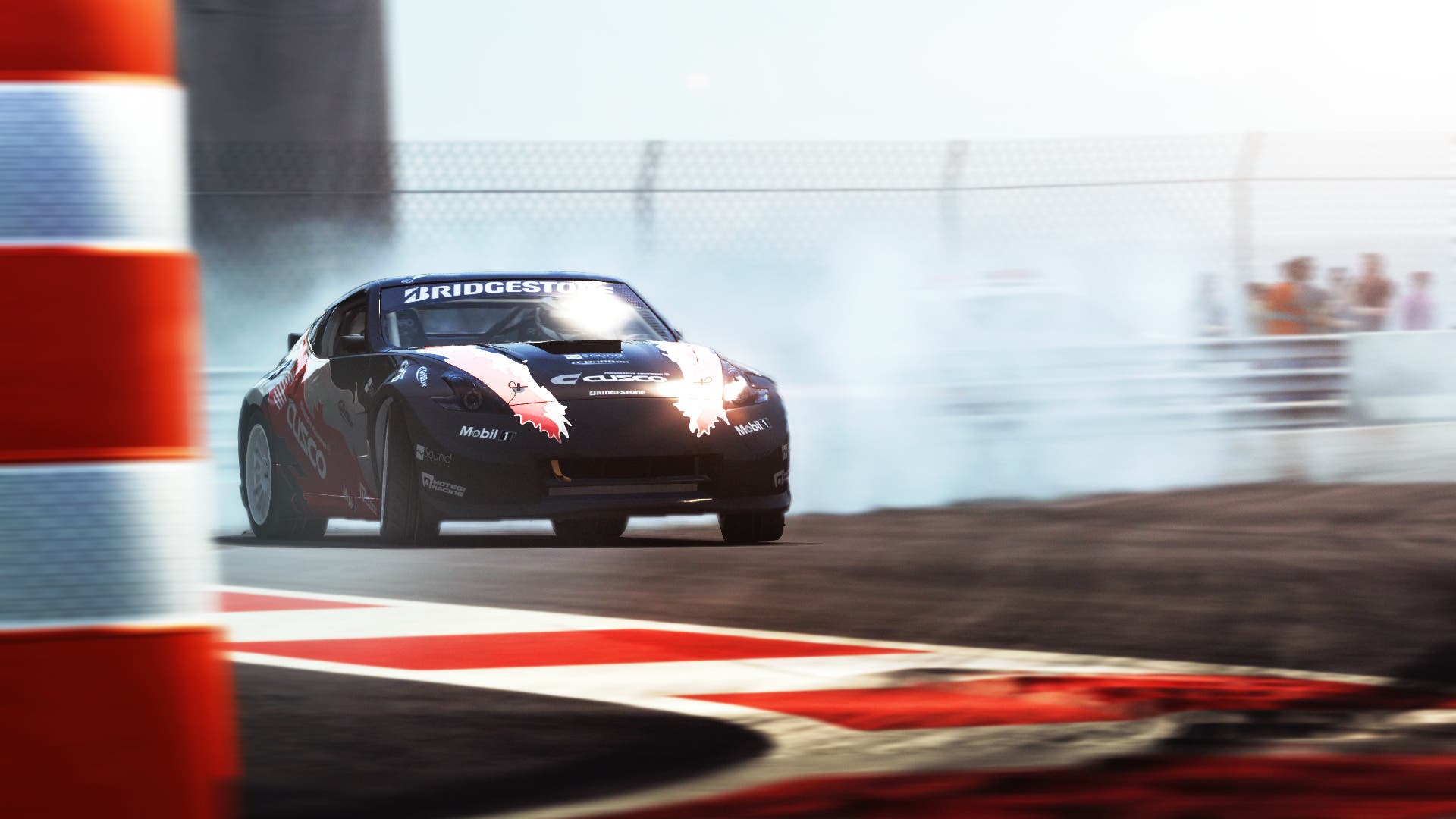 Whether standing still, or in motion, GRID Autosport is a visual delight. This especially apparant when playing on PC, which naturally allows for higher resolution, textures, and options. There’s even a free DLC option to download and utilize the “High-Res Texture Pack” which will allow for resolutions up to 4K. Even when in just 1920×1080, the car models and everything around it, looks much crisper and detailed than before.

Custom Cup allows you to design a series for yourself, free from the restrictions of the career mode. For local LAN play, there’s Party Mode. In a post-release DLC drop, Demolition Derby was added to GRID 2 free of charge. This time, it is included with the game from the get-go for both offline modes. It’s a shame the career couldn’t be incorporated with this event type.

Online races allow you to race solo, or as part of a larger team thanks to clubs. Clubs are formed through RaceNet, Codemasters’ own social networking site akin to Rockstar’s Social Club. It is here you can create racing clubs, join clubs, and view your stats of all RaceNet enabled games. It’s a nice hub for those looking for detailed information and to compare with friends.

GRID Autosport is very much the game that GRID 2 should have been. While Codemasters listened to the community and the criticisms of the past game, it seems it was only selective hearing. Cockpits are in, but are a blurry mess. Endurance races are at a reduce intensity due to lack of pit stops, and enacting strategy. GRID Autosport is just kind of boring, it lacks a personality of its own, or your personality injected into it with fully customized liveries. It’s a finely made racer, with lots of challenges, and options, but it simply doesn’t capture what made the original GRID, or ToCA Race Driver so great.