Struggles is his name and crazy beat-em-up combos are his game! He punches. He kicks. He smashes. And he looks damn good doing it! Check out that mullet. You know you’re jealous of that fanny pack. Want to know what it’s like to be Struggles? Well here’s your chance in a brand new title from Adult Swim Games, Super Comboman! Developed by Interabang Entertainment, Super Comboman  is set in a colorful sticker world.

The fast-paced fighting game is full of fluid combos and upgradable moves, so you can smash and juggle the enemies in the air and on the ground. Launching on Steam today, Super Comboman is regularly priced at $14.99 with a 20% off sale for launch week. 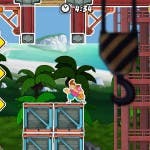 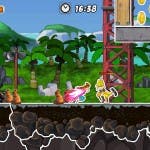 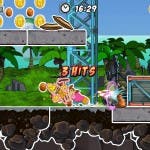