Independent video game development studio, BetaDwarf, today announced FORCED 2: The Rush, a Rogue-like sequel to the popular tactical arena co-op title, FORCED, which launched last year on Steam. Featuring randomly generated, and ever-changing death courses, FORCED 2: The Rush is a Rogue-like game that pits a group of gladiators against deadly traps and violent creatures until only half of them are left and can be claimed survivors! FORCED 2, The Rush will be shown to the public for the first time at Gamescom in Cologne, Germany in August. For more information about BetaDwarf and FORCED 2: The Rush, please visit: http://store.steampowered.com/app/265000

“From our meager beginnings as a passionate development studio with the drive to survive, we are excited to now announce that we are working on the next iteration of our flagship title, FORCED”, said Steffen Kabbelgaard, CEO of BetaDwarf. “FORCED 2: The Rush is an innovative sequel that offers Rogue-like competitions, deck building, and tight action controls!

We are looking forward to unveiling it for the first time at Gamescom and invite players to stop by the our booth to say hello and tell us what they think of the game”!

In FORCED 2: The Rush! you find yourself in an inter-dimensional world where you will compete against others in a deadly rush to the end of an unpredictable death course! Here’s how it goes! 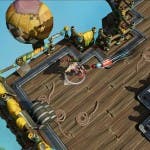 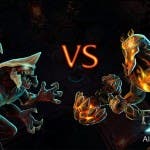