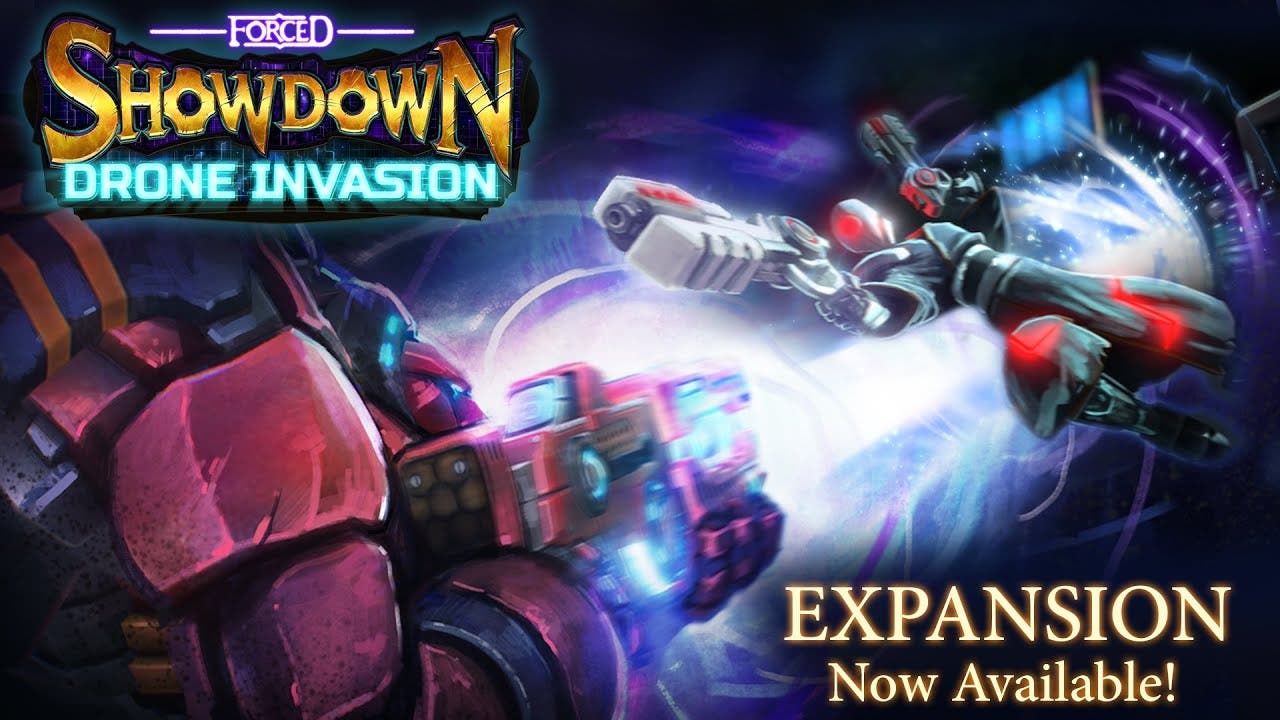 Betadwarf, imgur internet sensation and the developers of the deck-building, twin stick, rogue-lite, FORCED SHOWDOWN, is launching the long-awaited expansion, DRONE INVASION on July 31st, 2016 on Steam (PC, Linux and OSX). In celebration of the Drone Invasion launch, Forced Showdown will be 40% off as a limited daily deal.

The Drones have invaded! Expand the show with a new Campaign, Boss, World – tons of new Enemies, Cards, Modifiers, Quests and much more! Play as the brand new mech character Settsu and explore The Mentor’s Maze featuring the mysterious R3-KT.

Forced Showdown is a challenging bullet hell brawler! Each character is a unique experience: Choose a deck of unlockable cards to boost you in new ways every battle – “My whirlwind shoots fireballs!?”. Battle hordes of brutal foes to become a superstar in C-SAR’s ever-changing game show.