Sisters of Sigmar playable faction revealed for Mordheim: City of the Damned The development of Mordheim: City of the Damned, the first video game adaptation of the cult tabletop game, Mordheim, is going full steam ahead at developers Rogue Factor. Having previously unveiled the Skaven and the Human mercenaries, they are now revealing one of the next playable factions: the Sisters of Sigmar. We would also like to take the opportunity to unveil the great piece of artwork made exclusively for the game by artist Karl Kopinski.

Mordheim: City of the Damned is a turn-based tactical game set in the Warhammer World’s doomed city, which blends elements of RPG, highly tactical turn-based combat and intricate unit customization in a world overwhelmed by chaos and faction rivalry, and where the law of the strongest reigns supreme. Numerous factions are locked in battle in Mordheim, mainly for glory, fortune and power. Today’s images unveil the Sisters of Sigmar, one of the four playable factions of the game! Made up exclusively of women, the Sisters of Sigmar fight in the City of the Damned for a very different reason than the other factions: whereas the mercenaries throughout the Old World are seeking the fame and fortune that the shards of Wyrdstone can grant them, and the Skaven covet the precious green shards for the power they contain, the Sisters of Sigmar are eager to find the Wyrdstones in order to hide it all, where it will not spread further into the Empire the wave of insanity that has engulfed Mordheim. 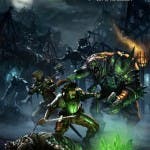 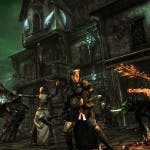 Riches and infamy await you late 2014 in Mordheim: City of the Damned!