Do you know El Presidente’s only weakness? His penchant for a good, ripe cheese of course! While his exclusively imported French speciality cheese may bring some short lived satisfaction, El Presidente wants more!  To satisfy his desire, El Presidente decided to open his very own artisan cheese factory – The Creamery – in the first DLC pack for the hugely popular Tropico 5.

‘The Big Cheese’ DLC, available today, challenges players to create and promote an artisan cheese brand by introducing a new production chain with The Creamery: a new building that enables you to make the most of Tropico’s local goats and llamas. Put on the chef’s hat and face international competition in an epic quest to create the best cheese in the world! This add-on includes: an all-new sandbox map and task, a standalone scenario including additional voiceovers, building, avatar accessory and music track!

In addition to ‘The Big Cheese,’ Tropico 5 Update 1.04 has also gone live today, adding game saves to multiplayer so you can pause and carry on those extra-long political campaigns later. Check out the change log below for a full list of bug fixes, tweaks and additions. (Please note that the multiplayer game saves update is currently at Beta stage and will be fully implemented soon.)

Included in ‘The Big Cheese’ DLC: 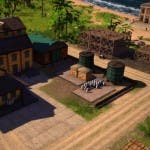 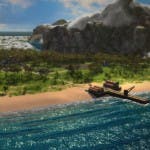 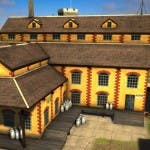 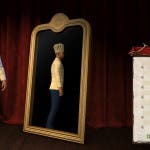 ‘The Big Cheese’ DLC for Tropico 5 is available to download now from Steam for $3.99. For non-Steam users, the PC version of the DLC is available via the Kalypso Launcher at:http://launcher.kalypsomedia.com/