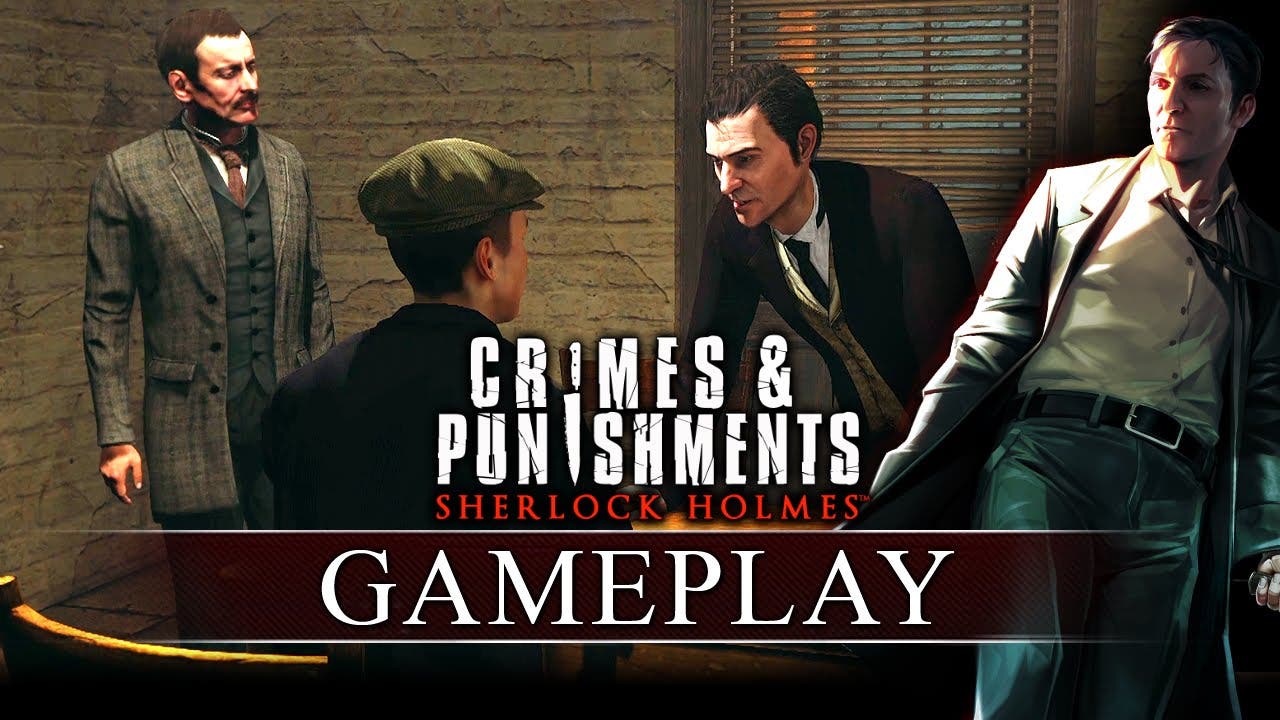 A man of many disguises, Sherlock Holmes reveals some of his skills, talents, abilities, and mustaches in Crimes & Punishments’ first gameplay-centric video! Watch as Holmes begins investigating the mysterious case of Black Peter with its various twists and turns, as you’re led on a journey of intrigue, red-herrings, and interrogations. Crimes & Punishments releases at the end of September on PS4, PS3, Xbox One, Xbox 360, and PC.

Having been featured in all major gaming events recently, this is the first time players will get a prolonged and in-depth look at the game and its mechanics, from dressing up in a passable disguise to gain information, to throwing harpoons at dead pigs in a test of might. This 23-minute long video – with developer voice-over – is the most complete look at Crimes & Punishments yet.

Viewers will be privy to a range of features from the title, which takes place chronologically throughout a case. However, please note the video only shows a small part of the first of the six cases the game will ask you to solve. The video is devoid of spoilers, and the ultimate conclusion shown may not be the correct one, but rather a single option out of the many possible denouements of this specific case. This exclusive look into Crimes & Punishments is designed to show the range and scope of the final conclusions one can reach depending on what evidence is collected, and how clues are all joined together by the player in the deduction space.

Enjoy visiting some of the many game mechanics found in Crimes & Punishments that will let you truly become the famous detective. The eloquent voice acting and rich atmosphere is evident, as Sherlock Holmes enjoys higher production values across the newest generation of consoles. This truncated case, shortened in the interest of spoilers and time, will teach players how to prepare their journey with using Holmes’ skills, and their wits.