Boo Bunny Plague is a bizarre musical where players follow a robot named Bunny on an adventure through dimensions of space and time as he unravels a plot of treachery and deceit, all while brandishing different guitars as his only weapons.

Some of the talent behind the game includes Art Director Rikki Knight, who was a Dallas-area tattoo artist and traded in his tattooist needles for a laptop, as he decided to put his Quake series modding experience to the test and make games. Audio Director Bunny D.A.S.T. (Danger Awesome Slash Trouble) is a music producer for punk rock bands in Houston and singer and guitarist for the band Skeleton Dick. 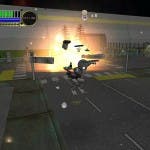 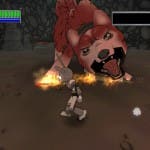