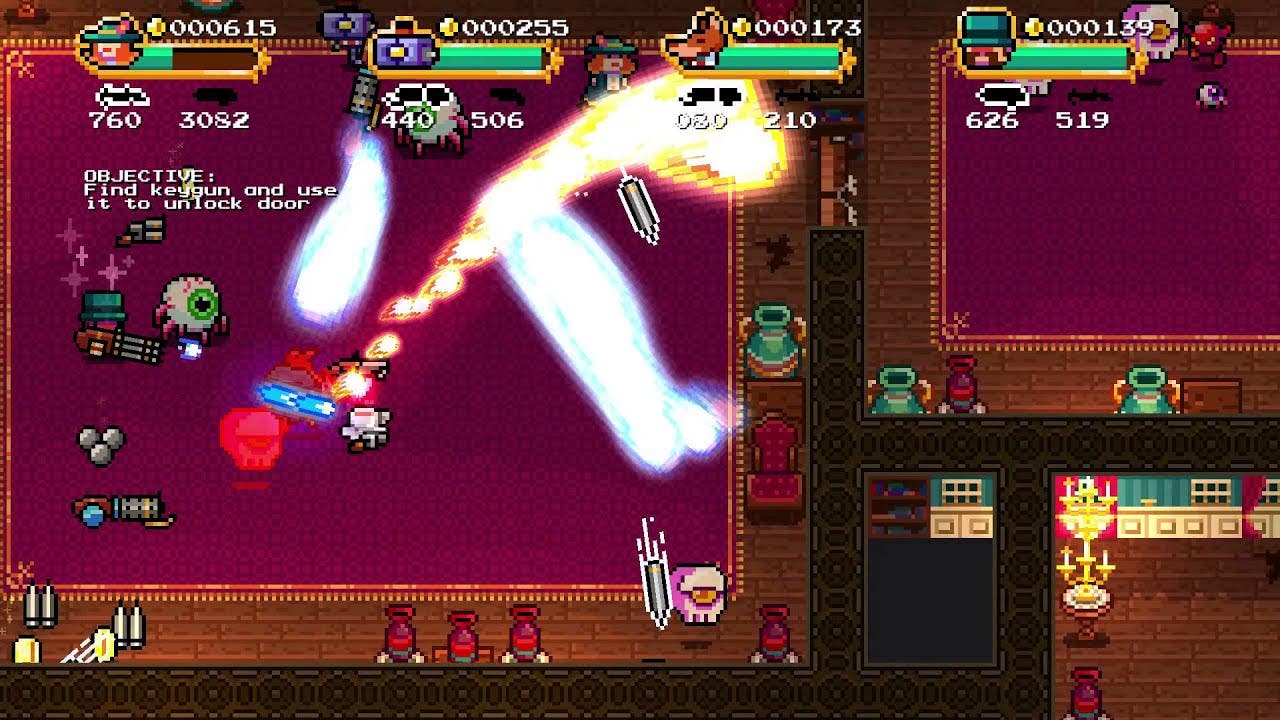 Monsters & Monocles up for voting on Steam Greenlight

Monsters & Monocles is a top-down procedural romp for up to four people. It’s a fast paced, run-and-gun shooter that calls back to old co-op arcade games like Smash TV and Gauntlet. Focusing on short and procedurally generated sessions, you’ll be able to hop in for one quick game or play a bunch with new objectives and levels in every game.

As we’ve gotten older, moved to new places, and started families, we’ve found its hard to recapture the early arcade experiences we had when we were younger. It’s even harder to share those experiences with our lifelong friends that we grew up gaming with. Monsters & Monocles is designed with that in mind, making it as easy as possible to jump into a game, and keeping gameplay sessions to a reasonable length.

Go vote for it on Steam Greenlight: http://steamcommunity.com/sharedfiles/filedetails/?id=296028311