Independent developer Vagabond Dog and oppressive game publisher Devolver Digital have released a unique new demo for the unconventional RPG Always Sometimes Monsters. Gamers will assume the role of a video game journalist attending a review event for the game itself and be able to interact with other journalists, the developers, and, of course, play a short demo of Always Sometimes Monsters. Those that complete the demo will be able to write a review and score the game within the demo and help determine the success of the developers.

“Always Sometimes Monsters is one of those RPGs that’s best enjoyed when you can compare your game with someone else and see how different your experiences were,” said Justin Amirkhani of Vagabond Dog. “This demo offers players the opportunity to do so by mixing game highlights with real-world quotes from fellow players and critics alike in one absurdly meta package. We may have gone over the top on this one.”

Released in May to both critical and commercial success, Always Sometimes Monsters tells the story of a down-and-out character on the verge of collapse after learning the love of his or her life is set to marry someone else. Selecting from characters of different gender, race and sexual orientation players will encounter a world that reacts uniquely to who they are as they live through common experiences and unique hardships. With time working against them, players set out on a unique cross-country journey filled with memorable and countless choices. Each playthrough is filled with a staggering number of diverging paths, creating a narrative tailored to the individual playing, their choices, and their personal ethical compass. 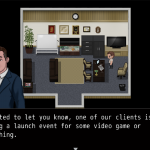 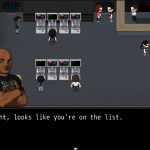 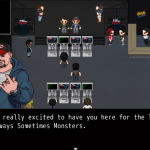 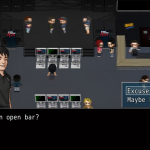 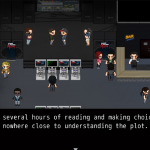 Always Sometimes Monsters and the new demo are available on Steam (http://store.steampowered.com/app/317760) with a 50% discount on the full game to celebrate the launch of the demo.