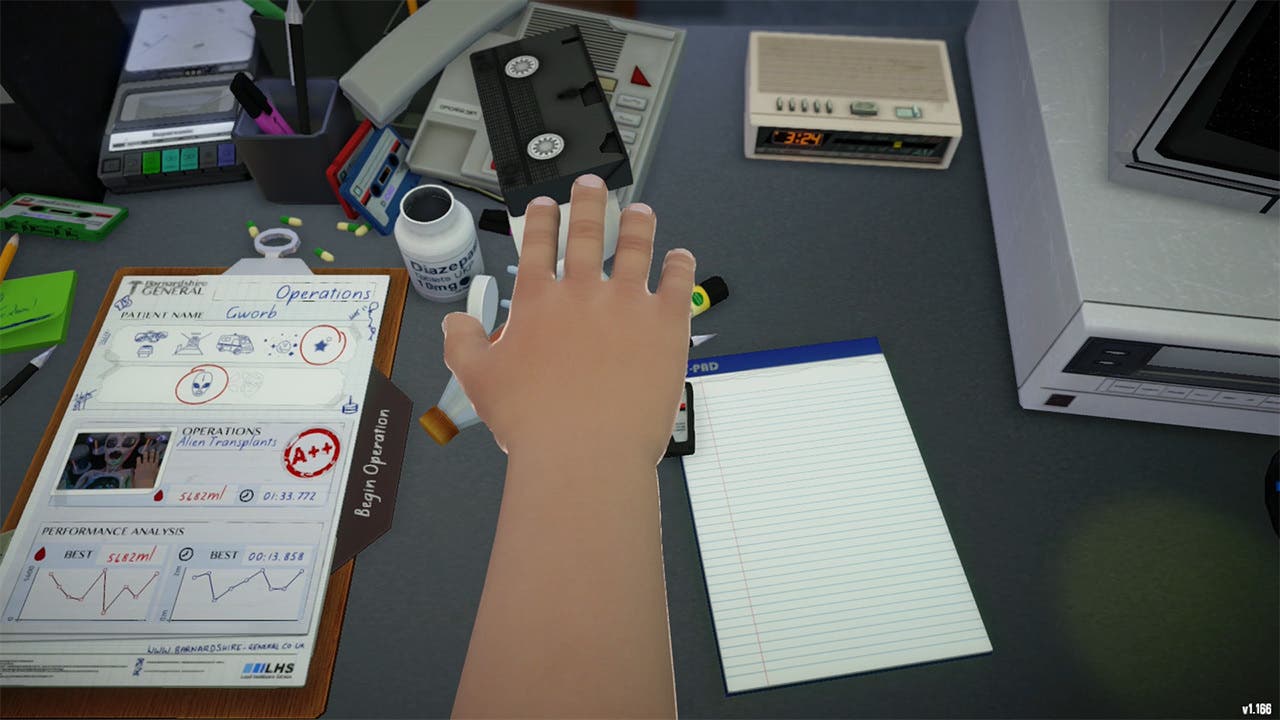 Being a real-life surgeon requires years of schooling and practice alongside a steady hand. Surgeon Simulator: Anniversary Edition doesn’t need any of that. Malpractice is the name of the game. Crack ribs with a hammer, cut a heart out with a hacksaw, and free kidneys with a laser. These are the tools of the Surgeon Simulator trade, making for a hilarious and somewhat stressful take on something serious as surgery. 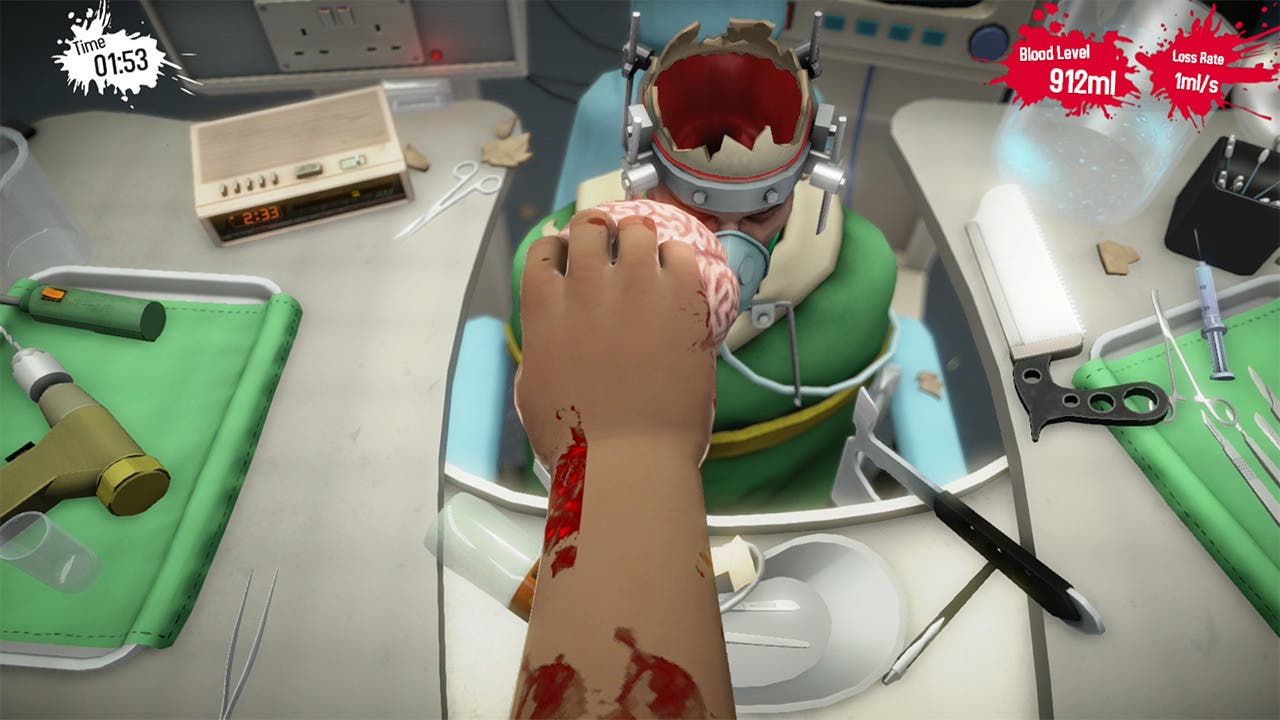 Making the transition from PC must have been a daunting task for Bossa Studios. Controlling your surgeon’s hand is done with the left stick, rotating is done with the six-axis motion, or the optional change to the right-stick. Instead of individual digits, the fingers are split amongst the shoulder buttons. And for several hours, you’ll be trying to wrap your head around the controls. It never feels like a natural extension, but it does come close especially when using the motion.

Surgeon Simulator: Anniversary Edition (A&E) is an enhanced version of Surgeon Simulator 2013 and it’s iPad counterpart, all in one place. In a linear fashion, you’ll have access to perform surgeries for the heart, kidneys, teeth, and even eyes. They increasingly get more cringe-worthy to perform, but also difficult to execute. There’s a learning curve here, but seeing the more interesting and exciting surgeries are gated by this progression. So if you can’t hack it, you’re likely not going to see what makes the game so special. 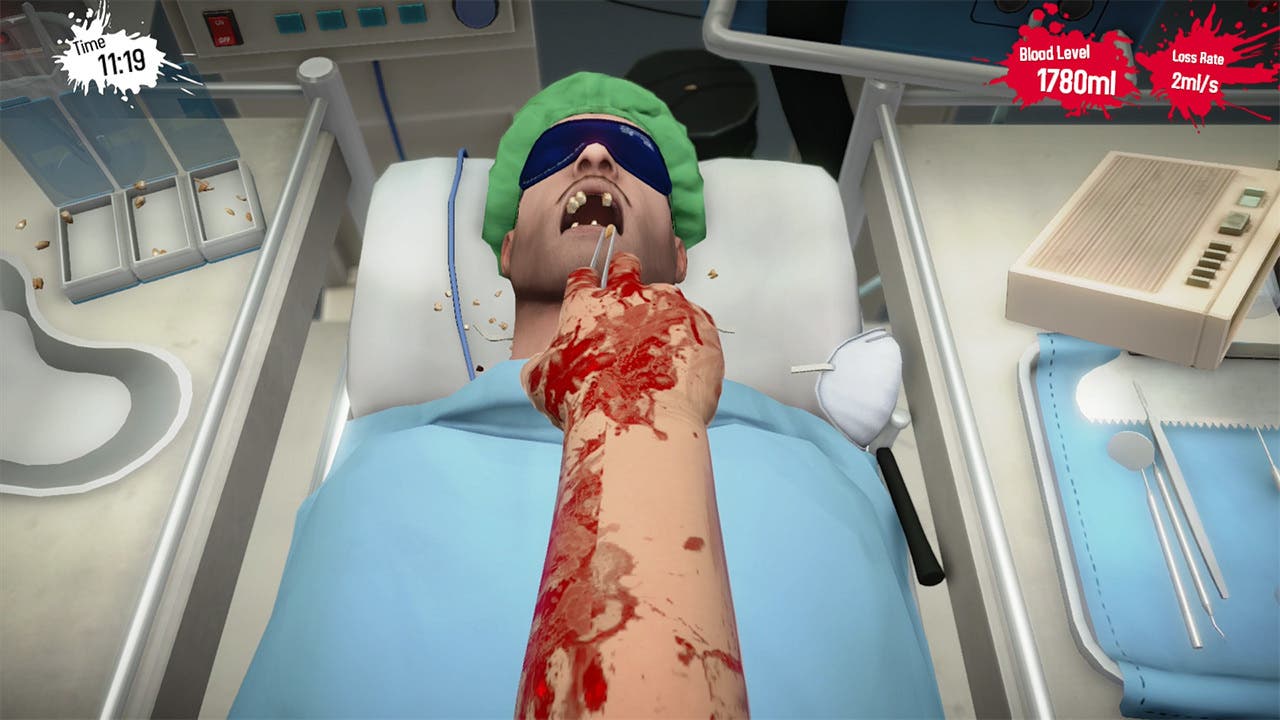 Thankfully you’re not relegated to just being in the operating room. Later levels will have you performing the previously mundane heart surgery while being raced down a hospital corridor, in the back of an ambulance, or in space on an extraterrestrial. There’s no timer, but the faster you do, the better you’ll be rated. Cut too deep and your patient’s blood level drops at whatever rate is relative to their injuries. You’ll have to scramble to grab a syringe to stop the blood loss. Due to your clumsiness, it is entirely possible to stick yourself which puts you into a drug-induced state as you continue to perform the surgery.

Given the power of the PlayStation 4, it isn’t enough to prevent the horrendous framerate drops and the slightly longer than you’d care for loading times. Simply retrying a level after failure takes too long to get back into. It never becomes unplayable or unbearable, but it’s definitely enough to be an annoyance. 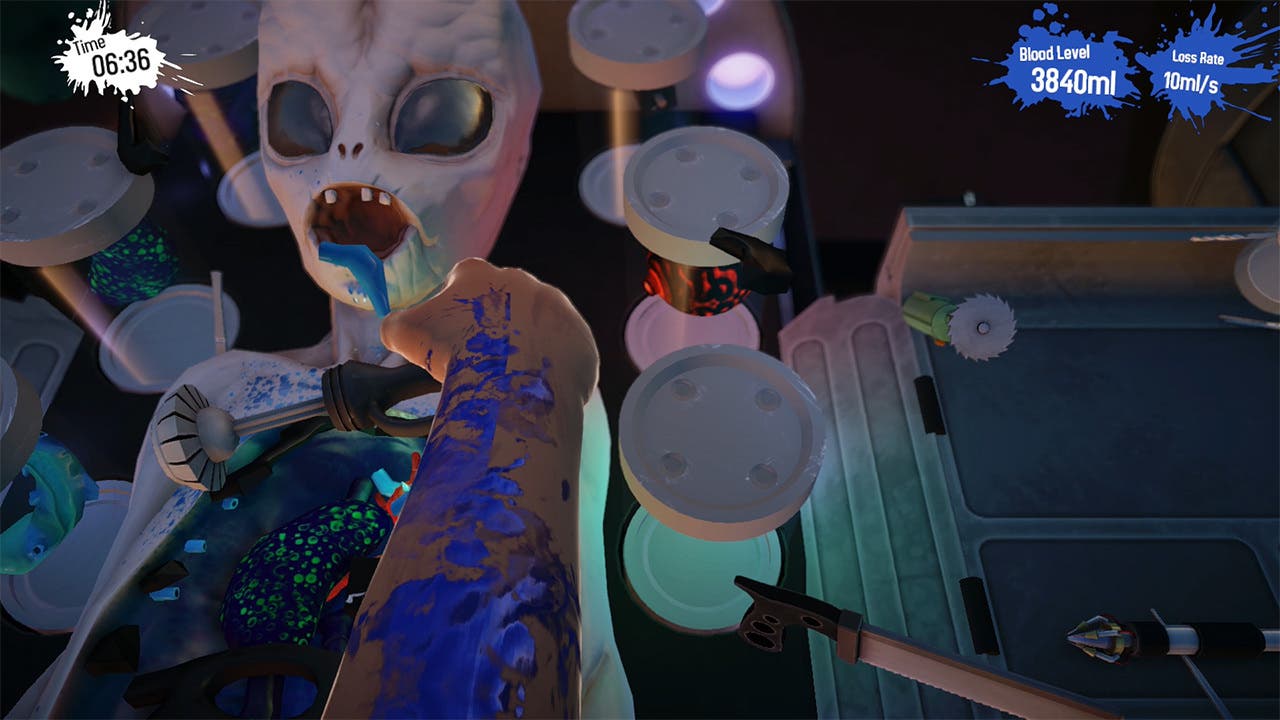 A promised, but not yet implemented local co-op mode is in the works, bringing in a second hand that will ease the pain of progression. Surgeon Simulator: Anniversary Edition is likely to leave you frustrated at some point, where you’re no longer able to progress as you’re fighting the controls and yourself. And that’s a shame, because there’s some real comedy to see in the later parts of the game, hidden treasures to uncover, and overall a lot of depth for what is clearly not a simulation by any stretch of the imagination.

A PlayStation 4 code was provided by PR for review purposes