The CLG BlackWidow Ultimate Stealth gaming keyboard continues to give CLG players and fans a customized gaming setup. Late last year, Razer unveiled a limited edition CLG version of its best-selling DeathAdder mouse in the team’s iconic black and white colors. The new keyboard is wrapped in a familiar finish. The team’s logo is imprinted onto a unique two-tone black and white body and the keys are illuminated in CLG’s white coloring.

“CLG is one of the driving forces behind the explosive growth of professional gaming in North America and the world,” says Min-Liang Tan, Razer co-founder and CEO. “The new CLG BlackWidow Ultimate Stealth keyboard features the only unobtrusive mechanical switch that was specifically designed for gaming.”

While traditional mechanical switches were originally designed for typing, the all-new Razer Mechanical Switches have been designed and engineered from the ground up for gaming. After extensive research, Razer’s multi-award winning engineers identified the optimal actuation distance for a gaming switch to a fraction of a millimeter and reduced the distance between the actuation and reset point by almost half to allow for faster, more precise gaming commands when compared to standard mechanical switches. Furthermore, the all-new Razer Mechanical Switches are made using an ultra-precise manufacturing technique that, along with gold plated contact points, result in a projected lifespan of up to 60 million key strokes.

These switches were tested extensively by the world’s most demanding eSports athletes from Team Razer, including CLG pros, who validated the new Razer Mechanical Switch in some of the most intense professional gaming tournaments.

“We’re really happy to be working with Razer, a company that pioneered the gaming peripheral category, on our custom-branded gear for our players and fans,” says George “HotshotGG” Georgallidis, CLG co-founder and President. “We’re proud to extend our ongoing partnership that will result in giving our players and fans the best gaming gear on the planet.”

Razer made history with eSports legends since the early days of eSports and has been integral to the growth and development of the competitive electronic gaming generally. The brand’s work has leading the way in partnerships, business development and product evaluation in the gaming industry. For more information on Team Razer and its elite eSports athletes, visit http://www.razerzone.com/team

Razer’s reputation in the gaming space has led to licensed products along the lines of CLG’s range of peripherals. Game publishers and eSports organizations alike are using Razer’s award-winning technology. For more information, check out: http://www.razerzone.com/licensed-and-team-peripherals. 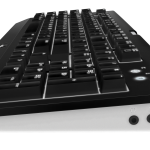 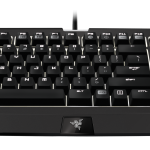 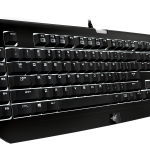