CastleStorm: Definitive Edition coming to PS4 and Xbox One coming the week of September 23rd

Zen Studios, the makers of hit digital games like Pinball FX2 and KickBeat, have revealed that CastleStorm: Definitive Edition, the complete version of its hit action-strategy-tower defense game, will be available for Xbox One, the all-in-one games and entertainment system from Microsoft and PlayStation 4 starting on September 23. The new version of the game brings some great new features to the fold, as well as both DLC packs, “From Outcast to Savior” and “Warrior Queen”.

In addition to the game’s two DLC packs, CastleStorm: Definitive Edition also includes 1080p resolution on both consoles, improved textures and character models, and voice support (requires Kinect for Xbox One and PlayStation Camera on PlayStation 4).

“CastleStorm continues to be a huge success for us, so offering it to PS4 and Xbox One players was an easy choice,” said Mel Kirk, VP of Publishing at Zen Studios. “Bringing over the original game was not really enough for us though, so we made sure to add everything we could to ensure the definitive CastleStorm experience on this new generation of consoles.”

If you haven’t yet played CastleStorm, then you are in for a real treat! CastleStorm: Definitive Edition serves up a hilarious mix of medieval warfare, 2D physics-based destruction, and tower defense, with some melee brawler action thrown in! It also features a story-driven solo campaign, a custom castle editor, online multiplayer, co-op modes, and more. This version of the game will feature the entire original campaign and expansions, plus a bunch of new content including new battles, modes, spells and features, all running 1080p at 60 frames per second. 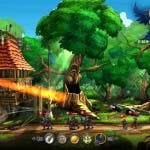 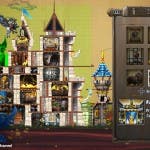 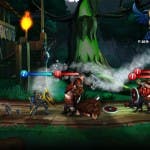 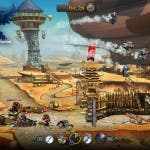