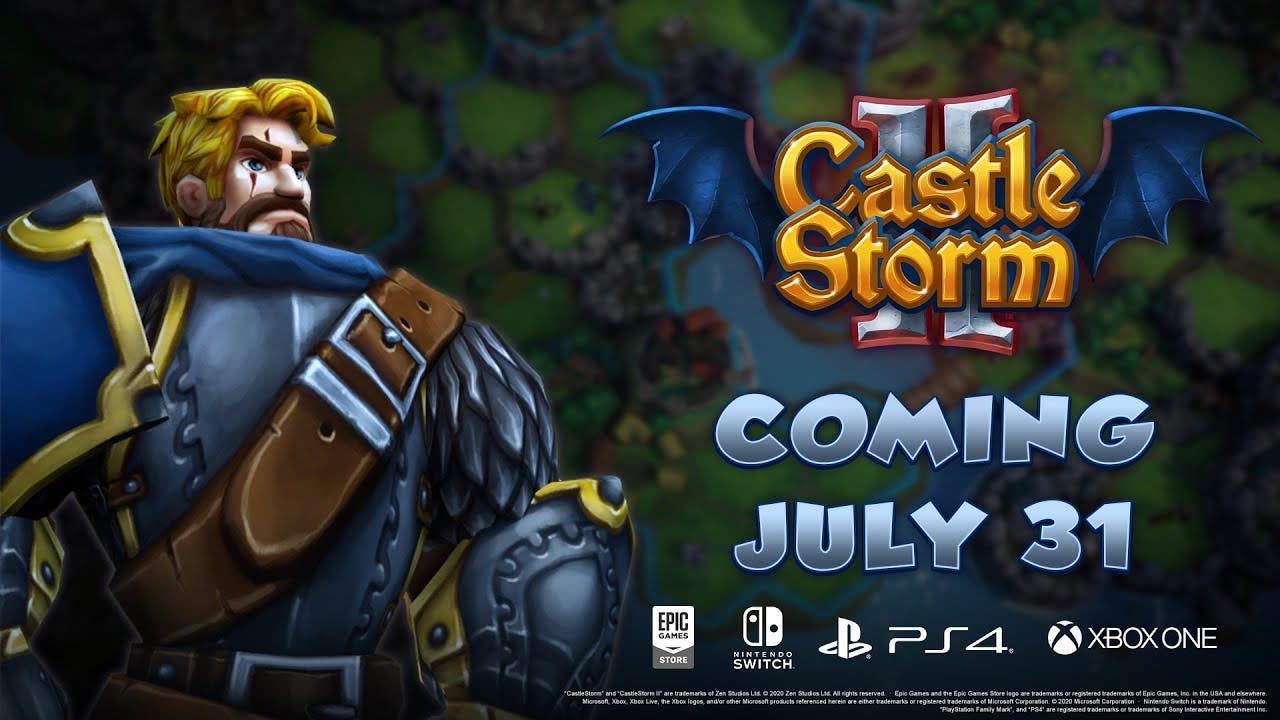 San Francisco, CA – June 13, 2020 – Zen Studios is happy to announce the release of CastleStorm II will be jam-packed with humor, zany spells, and ample ballista projectiles for PlayStation 4, Xbox One, Nintendo Switch, and the Epic Games Store on July 31!

Players who want to test sheep-flinging catapults are in luck as Zen Studios have also released a free CastleStorm II demo today on the Epic Games Store, which will be available until June 30th.

Join the comical mayhem on the medieval battlefield as you take control of ground troops to engage in hack-and-slash combat and avoid friendly fire (watch out for that sheep!) all while strategically navigating the new randomly generated world map to conquer the land. Oh, and did we mention you can choose your faction? Now you can either fight to defend the honor of the royal Kingdom or you can join the hordes of undead soldiers, sheep, and other monstrosities to demolish the Kingdom instead – Yes, you can choose to be the bad guys in this game!

Players can add CastleStorm II to their EGS Wishlist now.