You may recall the Defense Grid 2 Kickstarter being something of a failure before a private investor got involved to ensure the funding was successful. The second installment of Defense Grid does not disappoint, this is a proper sequel that builds on what made the original so great. There’s some new twists to the formula, but in the end this is still tower defense – a damn fine one at that. From the get-go, Defense Grid 2 opens up its world to you. Missions are broken down by chapters and sprawl across five different planets. The main menu lets you choose from Story to playing levels with modifiers for different challenges. For instance, you can play with fixed resources, not be able to upgrade beyond yellow, hampered units, or surviving one-hundred waves of attacking aliens. There are 12 different modes for each of the campaign’s 20 levels. The Challenge Modes do not progress Story, however.

The biggest change from its predecessor is in the way you place towers. Now you are no longer limited by pathing predetermined by the developers, now you can set up your own corridors of death and mazes of doom. This widely opens up the replayability per level, as you’ll be able to route your enemies different ways each time so you can find the optimal way of accruing points and making it so none of your core is lost. Along the way you’ll meet characters and each one has a special ability that can be deployed during a game to save yourself from certain death. Towers are as you’d expect, with about ten different types of towers ranging from Guns to Meteors to Cannons and even Tesla coils. Each tower can be upgraded separately. Base towers are green, then can be upgraded to yellow, then red. The cost of upgrading them grows exponentially, but so does the power their wield and damage that can put out. Your towers cannot be destroyed, so the only way to lose is for all your power core to be removed. The great thing is that once an enemy grabs it, they have to run back through your labyrinth of towers, so while you may have pieces taken, you could end up finishing off an alien before they make it back to their base.

Besides towers, you can now place boosts that can raise the platform in which a tower rests that is beneficial in blasting flying enemies, but it also doubles as a way of barricading enemies into a path if you don’t have the funds to purchase a tower itself. Defense Grid 2 looks more realistic this time around, in the sense that there are harsh shadows that cast down onto the grid, with a lot of monotone grey being the backdrop of this spacial cities. Gone is the overbearing oranges of the first game, and a softer blue hue and easier to see enemies thanks to better texture detail and use of color.

On PC, you might be inclined to play with a keyboard and mouse, but the controller works exceptionally well as the game has been developed for the PlayStation 4 and Xbox One. There’s no difference in gameplay or performance between the PC and PS4 during my lengthy play sessions. The controller is highly responsive, on PS4 with the right-stick you’re able to rotate and zoom with ease, allowing you to see everything you need. 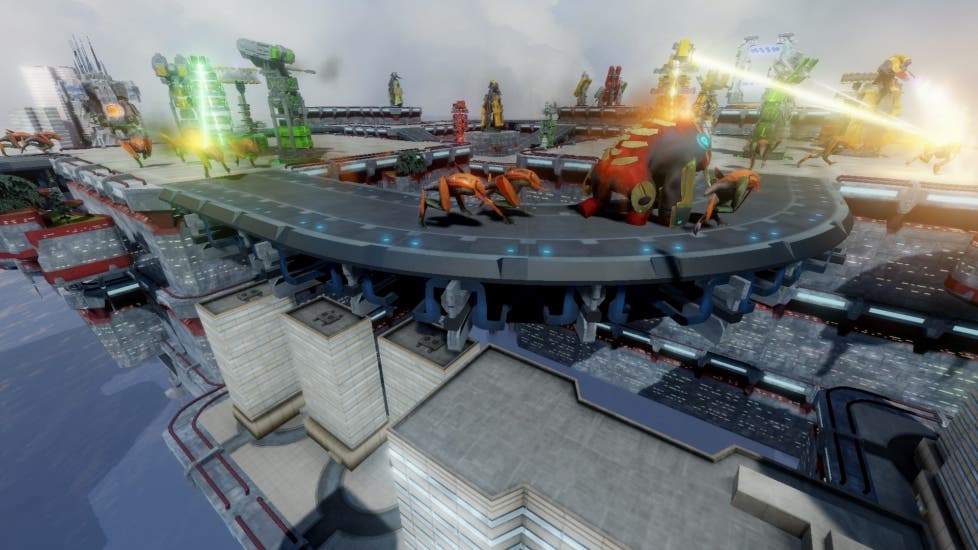 DG Architect, or the Defense Grid Architect allows you to create your own levels to play and upload. The Steam Workshop allows you to take things even further by allowing you to play on those user-created levels that you hand-pick to play. Since the game’s been in beta, there’s been contests and players actively working on new levels. So prior to launch, and now post-launch, there’s more than you’re average fill of levels and ways to take out your opponents and compete with your friends and strangers on the leaderboards.

Multiplayer is added, probably the most requested feature of the original. Now you and a friend (or a stranger if you so desire) can play online or off. In my limited success of finding people online pre-release, has been a great way of working cooperatively to obtain ridiculously high scores. Locally though, is a great competitive and cooperative angle not often explored in tower defense, that I wish there would be more of. The competitive structure of “DG Fighter” is nice, but I was more drawn to “DG Coordinated Defense” which allows both players to build separately and have their own resource pools. Something like “Co-Op Doubles” is nice for sharing your resources with your child or someone who doesn’t regularly play tower defense games, to both have a chance of having fun. 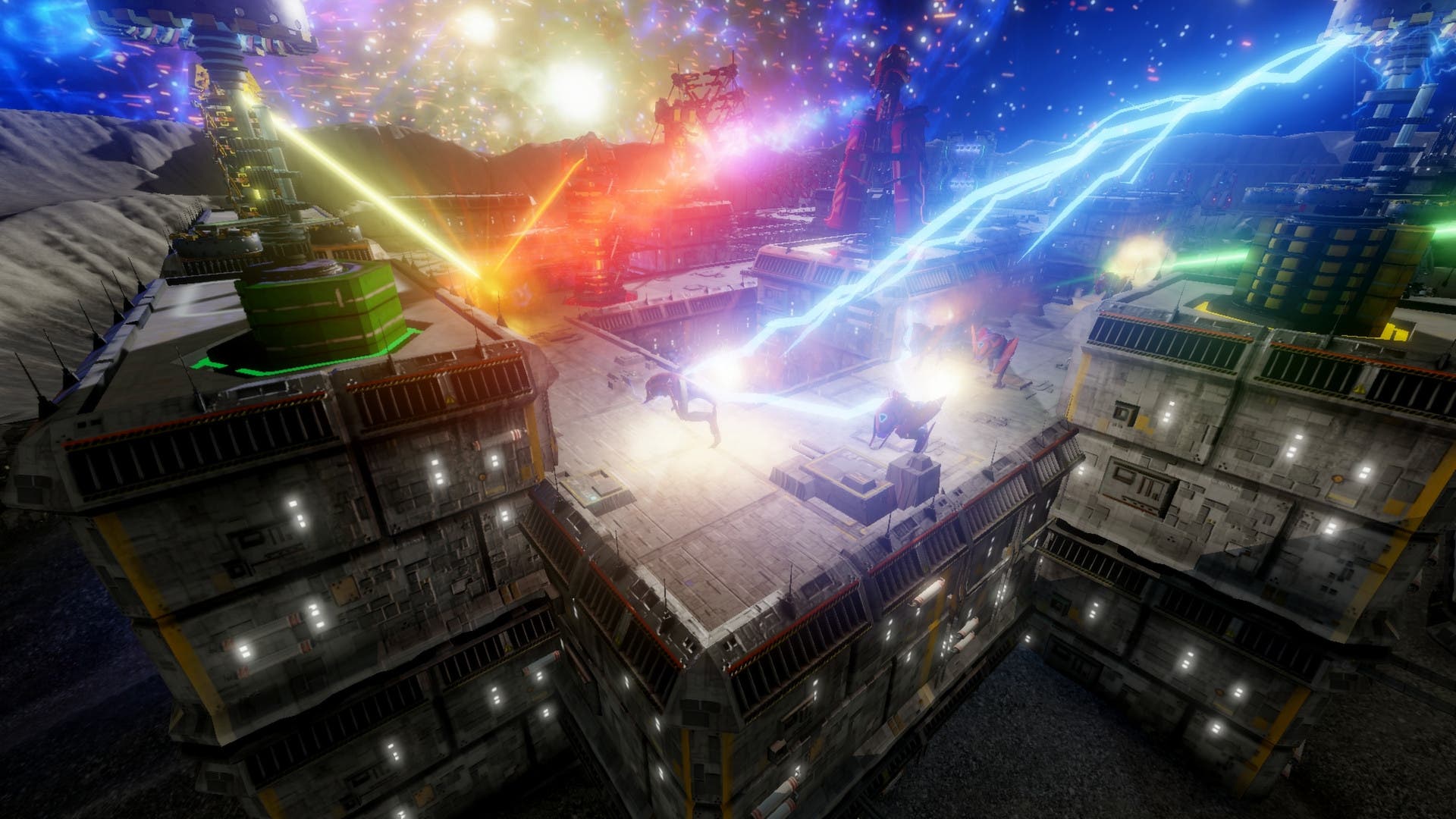 With Steam Workshop levels coming in almost hourly, this endless stream of content makes it highly valuable and a can’t miss. If you were a fan of Defense Grid: The Awakened, you’ll be amazed at steps forward these series has now taken. Tower defense is an acquired taste, but Defense Grid 2 is without a doubt, a stellar sequel for fans of the original and those looking for a highly replayable tower defense game alone, or with friends.