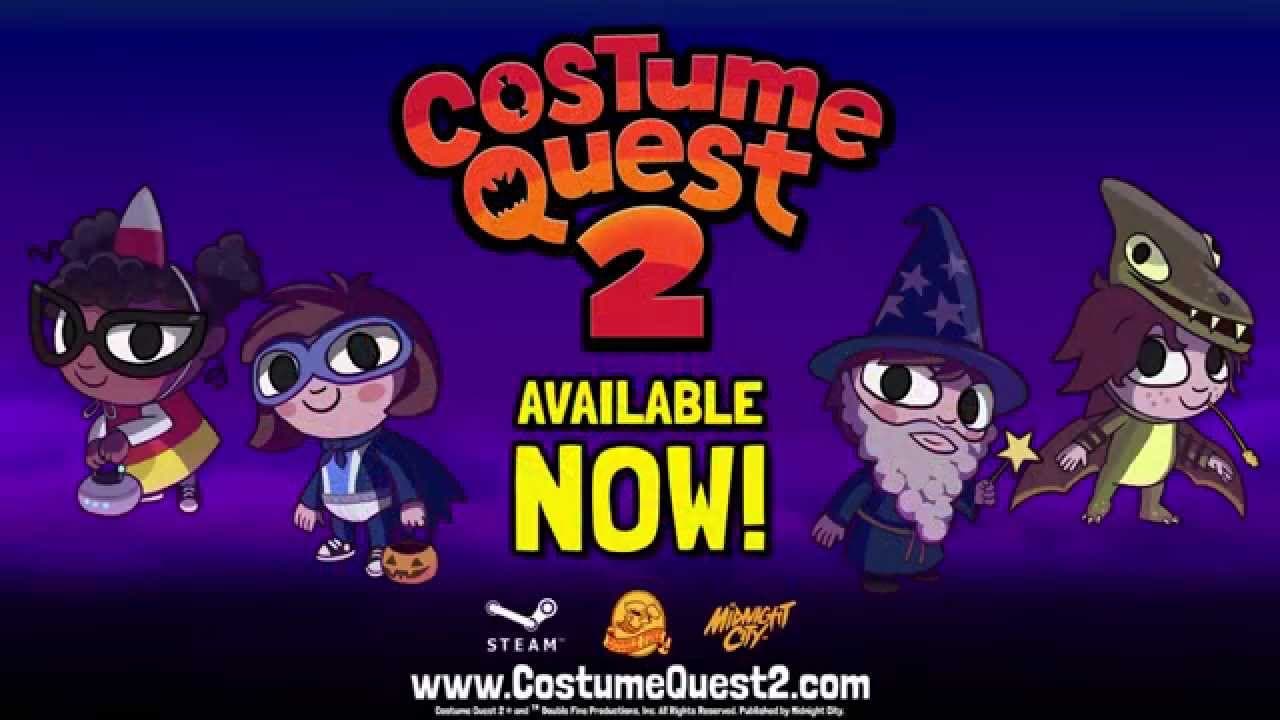 Double Fine’s first sequel, Costume Quest 2, launches on Steam today at only $14.99, a sweet treat that can’t be beat! This candy-fueled RPG features all of the wit, style and fun of the original with a sprinkling of new features and costumes sure to kick off this spooky season just right.

Join Wren, Reynold and a cast of friends both old and new as they save Halloween from a demented dental overlord hell-bent on a tooth-centric future that shuns candy, costumes and fun. Local Auburn Pines dentist, Dr. Orel White, DDS has a long, troubled history with Halloween and has dedicated his life to ridding the world of this menace to society. Teaming up with a powerful Time Wizard, the deranged dentist seizes a magic talisman that releases the Grubbins from their prison and destroys Halloween once and for all… or has he? With the help of some friends from the future, our stalwart adventurers jump through space and time with all new abilities to make things right and save Halloween.

Along the way, the twins will discover all new costumes, including the Super Hero, Clown, Pterodactyl – heck, even Thomas Jefferson! Some costumes, like the Ghost and Pharaoh, have special abilities when exploring the world while others excel mainly on the battlefield. The updated and streamlined battle system keeps things fast and fun in fights that reward quick reflexes with sweet loot drops in the form of Creepy Treat Cards. These collectible cards offer limited use boosts and abilities during battle, but also have cool downs, so use them wisely! Strength and Weakness indicators have also been added to offer an optional (and lucrative) layer to combat. Match a costume’s strength to an enemy’s weakness for major damage and battles will be over lickety-split, but be forewarned the same is true in reverse! Other updates include persistent health that carries over after each battle, and water fountains throughout for game saves and health replenishment, while side quests offer XP bonuses and other special treats.

Costume Quest 2 is rated E10+ and is now available on Steam for PC at only $14.99. Console versions are scheduled to release around Halloween. Stay tuned for more information!