Warlock 2: The Exiled, the fantastical turn-based strategy wargame from Ino-Co Plus and Paradox Interactive will soon release its first expansion: “Wrath of the Nagas.” Featuring a new game mode centered around the new-game creatures, a pair of new mages to lead that new race, and a new game campaign centered around that new race and their new mages, Wrath of the Nagas will add more magical mayhem to Warlock 2 than is probably safe. The new expansion will be available later this year on Windows PC from digital retailers worldwide, but only on this particular shard of Earth.
Wrath of the Nagas introduce the ancient Naga race to the worlds of Warlock 2 – a sinister people who have lurked outside the realm of Ardania since time immemorial, waiting for their chance to break back through the barriers and unmake reality. By purchasing theWrath of the Nagas expansion, you have given them that chance. Way to go. Wrath of the Nagas features:

In Warlock 2: The Exiled, diplomacy is not an option — war is the only way to triumph. The land of Ardania is in turmoil and players will take on the role of one of several unique Great Mages to restore order by conquering the land. Wield powerful magic as you command a battlefield filled with malevolent beasts, undead hordes, and other atrocities as you fight your way to unite the shards of a randomly generated shattered realm in one of the three modes; Exiled Mode, Battle for the Outplanes, and sandbox mode. Cast over 170 customizable spells, hire heroes to command your armies, and bring every last Great Mage to their knees.

wrath of the nagas 1 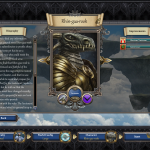 wrath of the nagas 4

wrath of the nagas 6 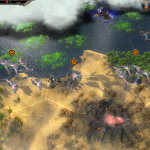 wrath of the nagas 7