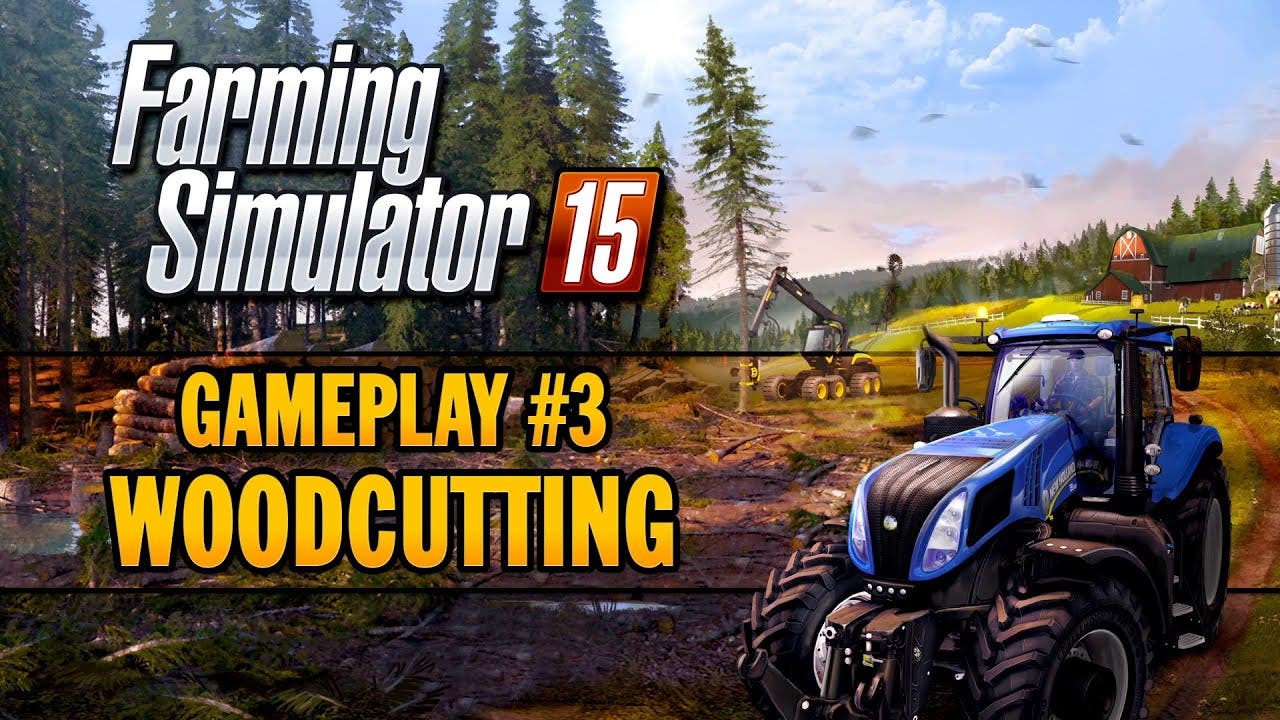 Farming Simulator 15, the new generation of the franchise phenomenon, Farming Simulator, is entering a new era, boasting a new graphics and physics engine, a new interface, a richer fleet of vehicles…and much more. But possibly the most exciting new feature is an entirely new territory to develop! Farming Simulator 15 is breaking down the barriers of its environments, offering players the opportunity to leave the fields and enter the woods!

The game proposes a mountain of new activities linked to forest exploitation, with a range of new vehicles, tools and other machines entirely dedicated to these new adventures: from woodcutting to transportation, and from processing of the logs to replanting, Farming Simulator 15 offers players a wealth of new opportunities to develop their farm. Revealed today is a new gameplay video highlighting these new activities!

This video is the 3rd in a series of gameplay trailers. While the previous two videos, which dealied two fundamentals of Farming Simulator – growing and harvesting crops, have already reached several hundreds of thousands of views, today’s video lets us discover in action some of the vehicles dedicated to woodcutting. Keep your eye out for the impressive machines from manufacturer PONSSE, one of the 20 new brands to appear in the game.

From cutting down trees with the imposing ScorpionKing – or up-close and personal with a handheld chainsaw – to different ways of processing the logs (transformation into wood chips, transporting the logs to the sawmill, etc.), this video covers some of the different activities linked to managing forests. This is also a good opportunity to appreciate the new graphics and physics engine, as vehicles’ suspensions, cranes and logs react realistically as they are being moved around.