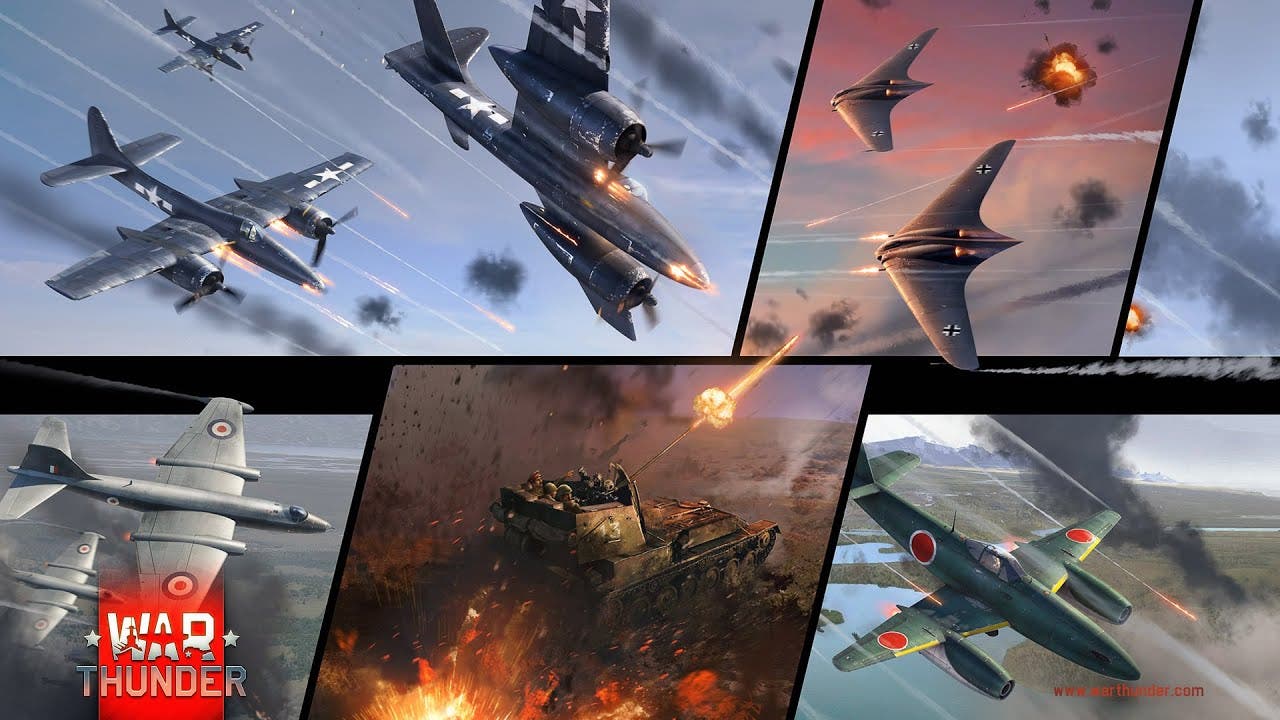 Gaijin Entertainment has announced that update 1.43 for their WWII MMO mega-hit War Thunder is live on PlayStation 4, PC and Mac. New features include Revenue Sharing for User Generated Content, the introduction of 40+ new planes and tanks, new maps, multi-turret tanks, a Kill-cam and a lot more. Update 1.43 is one of the largest updates to the  War Thunder universe bringing a huge variety of enhancements to the player experience. War Thunder, the award winning, cross-platform F2P, WWII, MMO game has more than eight million players worldwide.

“We continue to improve the War Thunder experience making sure that we listen to our community’s requests. Community is the single most important thing for us. We do not take for granted the trust our community bestows upon us, which is why we continue to solicit their opinion on needed improvements and wanted updates. The War Thunder update 1.43 includes features our community asked for as well as additional offerings we felt they would enjoy,” said Anton Yudintsev, CEO of Gaijin Entertainment.

26 new aircraft and 17 ground vehicles will be added to the game. Among them – a multi-turreted  tank  the T-35 with separate guns control, the “flying wing” Horten 229, several anti-air platforms  including the mighty ZSU 57-2 and PzKpfw V Coelian based on a legendary Panther tank and many other exciting additions

Now Ground Forces Arcade Mode allows the use of aircraft support. All players begin combat in tanks, but a player who achieves several kills will be rewarded with the option to fly attack aircraft or  a heavy bomber they can use to smash enemy armoured units with their bomb payload. Enemies can try to shoot him down using fighters. The use of artillery support is also updated , one artillery volley per battle is still available for everyone but additional ones can be gained  from kills players achieve in GF (maximum three volleys per battle in total).

War Thunder will get 4 new locations – Norway, Poland, Mozdok and a Tropical Island. Norway is one of the largest aerial maps in War Thunder covering an area of 128km x 128km along with several single-player historical missions. Poland is the first city map for Ground Forces and Mozdok is an idyllic place at the foot of the Caucasus mountains. Finally, a Tropical Island is used for a new Racing mode.

Racing mode allows players to compete against other pilots through an unforgiving aerial obstacle course. Guns are disabled in this mode, so only the most skillful pilot will take first place!

Players will be able to check any ground vehicle in the game for weak spots  as well as armor depth and positions of the vehicles crew members and internal modules, thereby providing them with a battlefield advantage.

Death-cam is an x-ray, slow motion playback feature that allows players to see from which side the enemy shot penetrated their hull and the impact to the insides of the player’s vehicle. This feature will allow users to better understand the damage model and be more effective in combat

Audio in War Thunder has been improved significantly: sound effects for aircraft cannons and machine guns, suspension for tanks and breaking tree limbs have all been enhanced for added realism.

In update 1.43 War Thunder adds additional functionality for crew slots – This provides players with the ability to save and load preset aircraft/ground vehicle lineups for quick-changing in the slots of each nation depending on their player rank.

Creative War Thunder players can earn real money by creating content. Gaijin Entertainment will pick their favorite user generated content and allow other players to purchase it, thereby allowing creators to financially benefit. The first 12 pieces of user-generated content to participate in Revenue Sharing have been chosen:http://warthunder.com/en/news/804-Revenue-Share—Player-created-aircraft-skins-to-be-added-to-War-Thunder-en