After a healthy stint on Steam’s Early Access program and “endless” feedback from its dedicated Games2Gether community, the award-winning indie developer Amplitude Studios revealed today that Dungeon of the Endless will be complete and available on Steam Monday, October 27. The quirky, colorful rogue-like dungeon defense game that reared its head on Early Access in December 2013 has reached the final stage of development with integral new features highlighted by a Journal and an Album to track player progress, interweaving storylines between the playable characters, and a four-player cooperative mode.

New features in Dungeon of the Endless include: 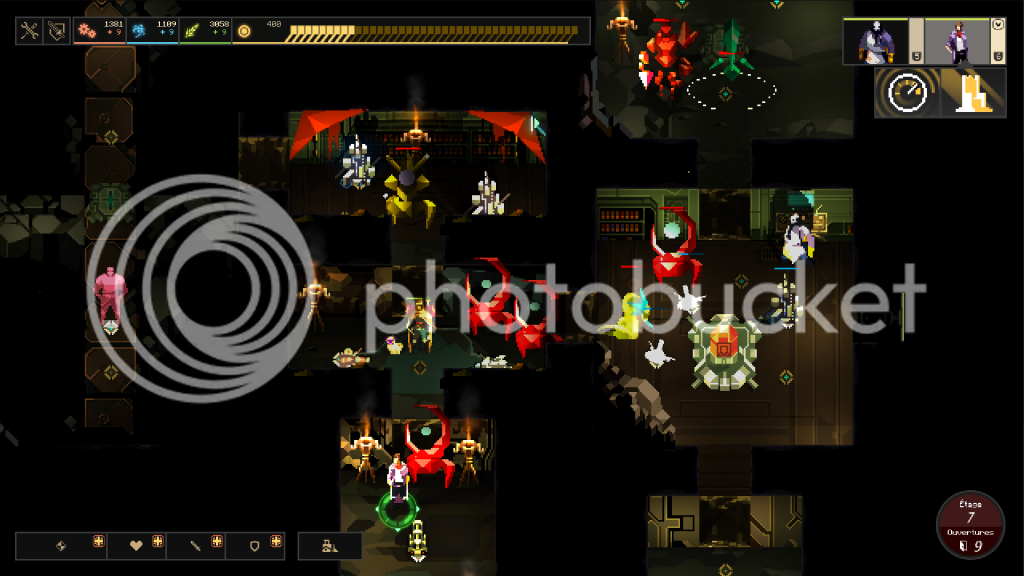 Whether alone in single-player or with three others in cooperative mode, Dungeon of the Endless is full of quirky surprises.

Dungeon of the Endless offers endless, randomly generated dungeons in the framework of a rogue-like game equally balanced with dungeon-defense and RPG elements. Presented with a retro 2D look using modern 3D graphics and lighting, Dungeon of the Endless enables players to equip a team in single-player, and now up to four people in cooperative multiplayer, to gather resources, construct defenses, and explore an infinite number of dungeons in an effort to reach the planet’s surface.

Each time players start a new game, they will experience a totally new, randomly generated map and face countless swarms of alien creatures aiming to kill them and destroy the all-important power crystal that’s gamers’ only hope of survival. Players will collect resources just like those found in Amplitude’s popular 4X strategy games Endless Legend and Endless Space (Dust, Food, Industry, and Science), using them strategically to map a course of escape and equip themselves and their allies before ascending to the next level of the dungeon. If all goes right, they’ll even reach the surface and see the light of another day.