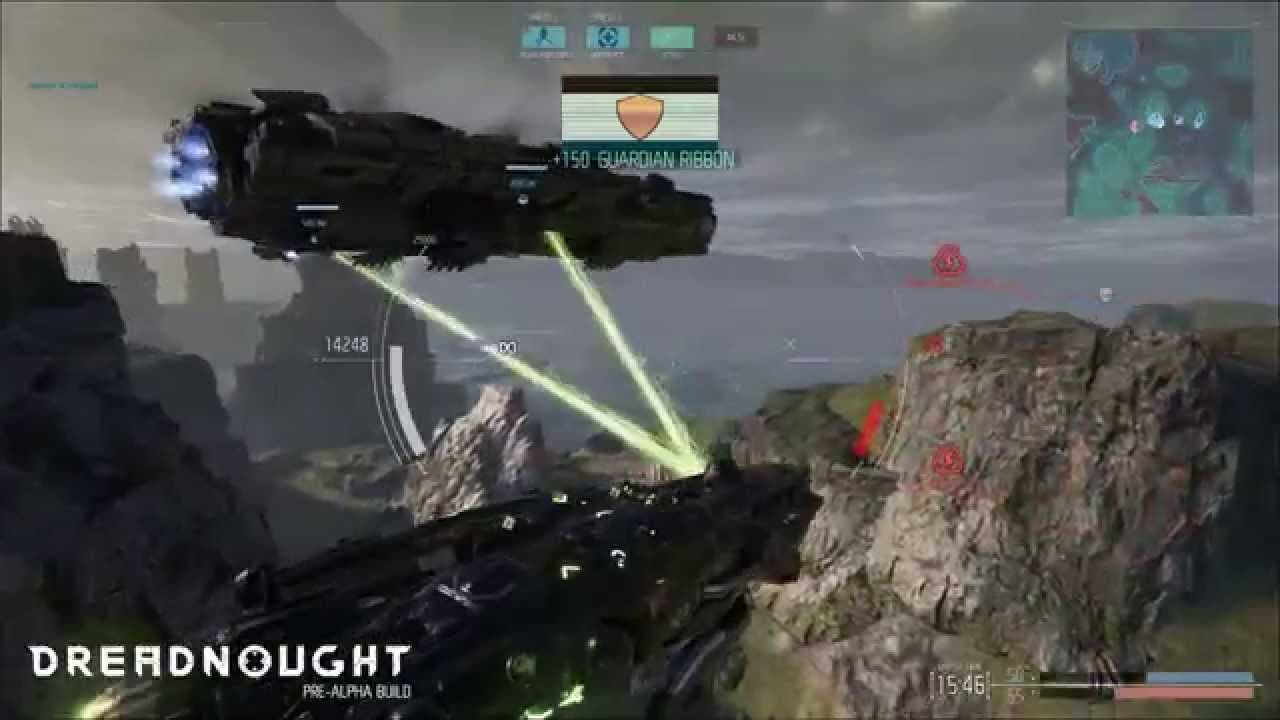 Today we’re very proud to share an all-new gameplay video from Grey Box and YAGER’s Dreadnought, the aerial armada action game scheduled for release on PC next year. The game received an incredibly enthusiastic reaction at PAX PRIME where it was playable for the first time, and this video gives a quick first look at what everyone was so excited to experience. It focuses on the game’s 5v5 Team Deathmatch multiplayer mode, and has commentary from game Director Peter Holzapfel and Designer Eino Joas. While all five ship classes can be seen at various points in the video, three of them take the forefront – the Tactical Cruiser (support), Destroyer (assault) and the namesake Dreadnought (heavy) – including a never-before-seen Dreadnought ship variation. Keen-eyed viewers will also spot the Corvette (scout) and the Artillery Cruiser (sniper) in the battle, and there will be even more ships selectable in each class when the game goes live.

In addition to the five-on-five gameplay, the video showcases the different weapons and abilities that players can equip and customize on their ships. From broadside shots to torpedoes, repair lasers to tactical nukes, there will be dozens of different ways players can wage ship-to-ship warfare in the game. This new video also offers a hint at the levels of strategy players will need to employ if they want to emerge victorious from battle; when to jump into the fray, when to raise shields or choosing to divert energy to weapons or thrusters are key decisions that will need to be made to ensure success.