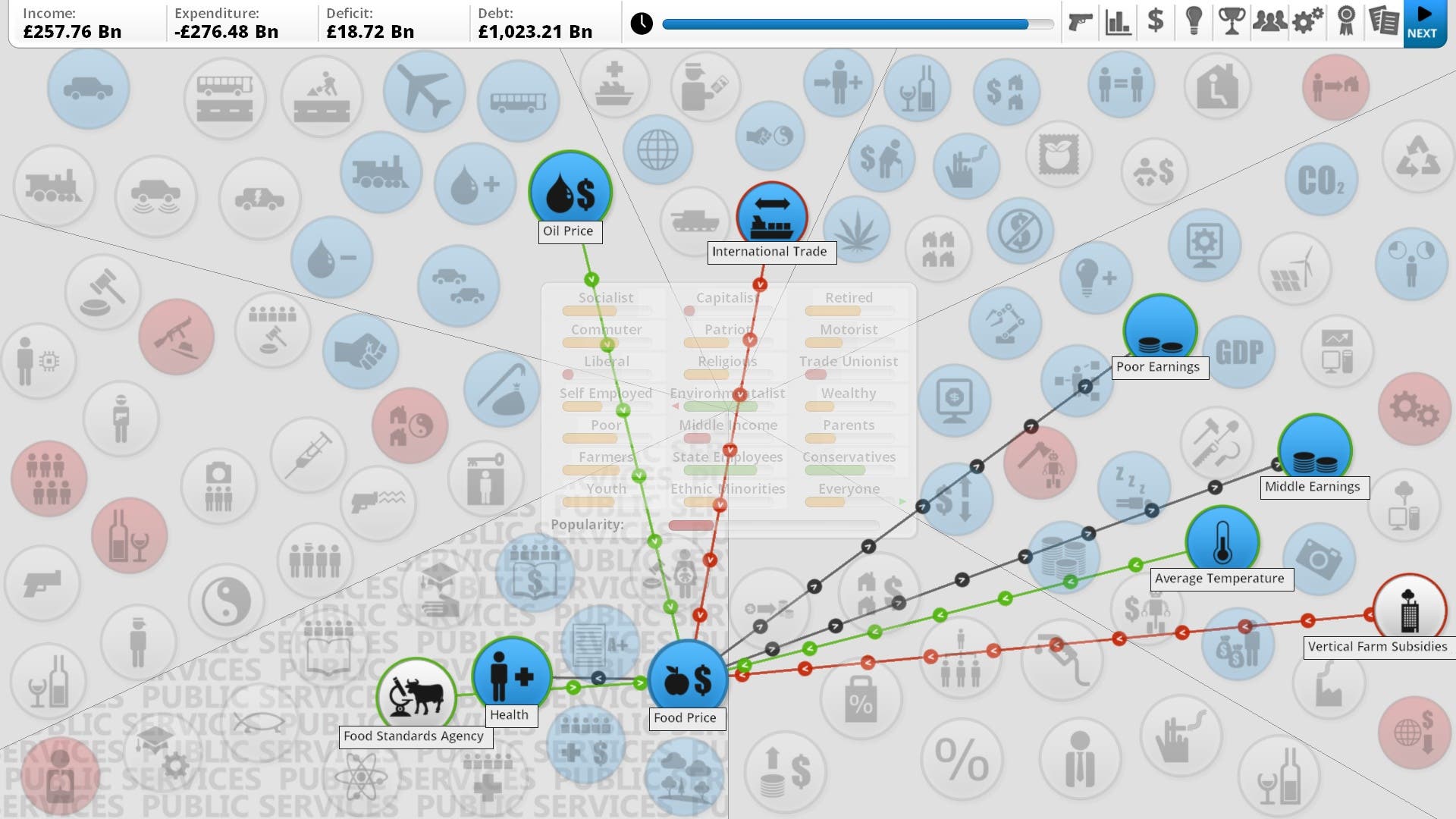 Democracy 3: Clones & Drones takes a futuristic approach, while also making the late game much more challenging by giving you more things to do, other than resting on your laurels, as the base Democracy 3 would often evolve into a utopia near the end. 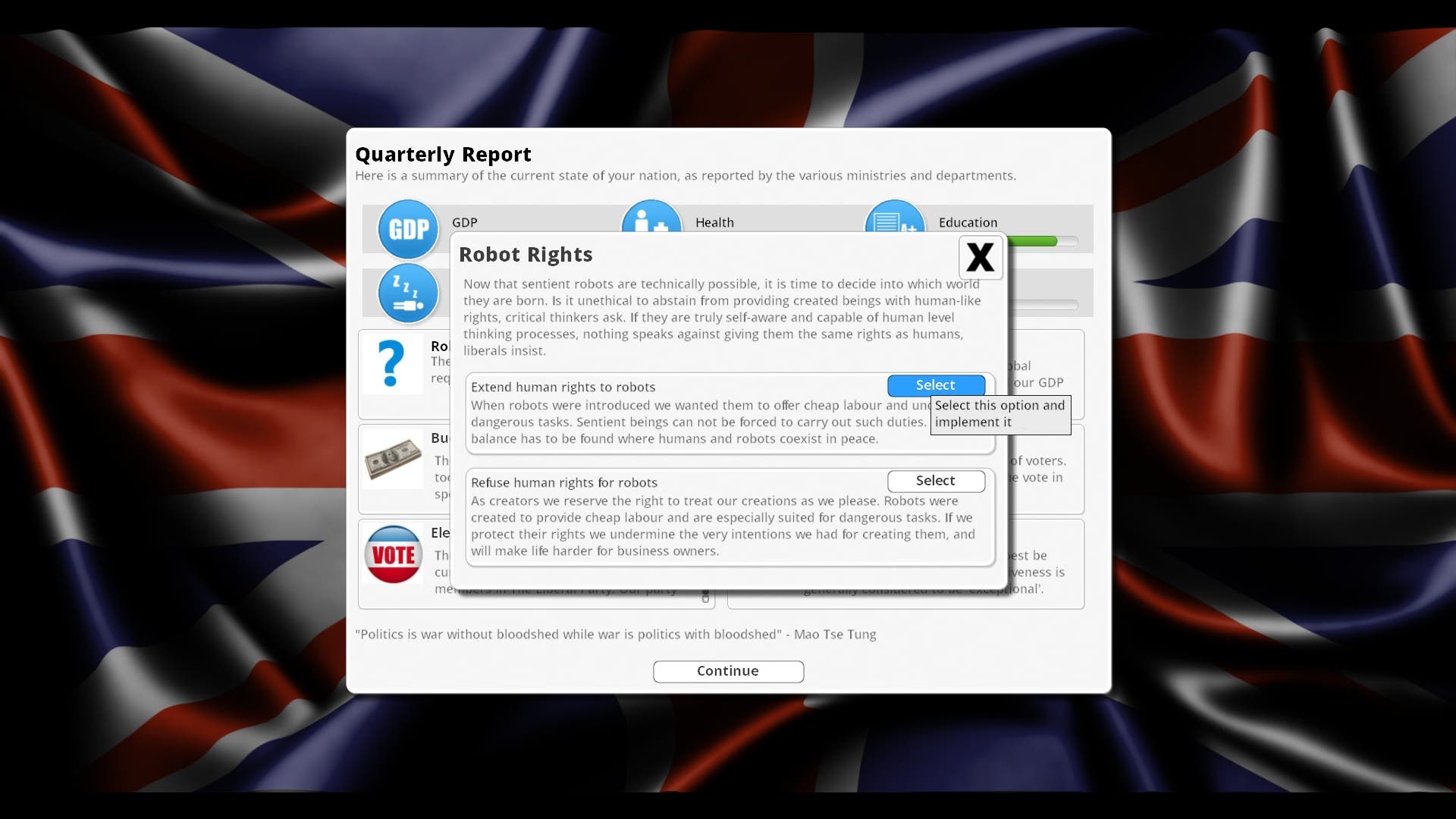 In this third DLC, is perhaps the best suited and more exploratory. The previous DLCs expanded on the foundation. Here, it takes things one step further. This is a very technologically-focused expansion that, does not shy away from the things we are facing today: robot engineering, automation, and driverless cars. Basically we’re heading towards SkyNet. And you can either embrace that, or fight against it.

After being elected, I wanted to curb natural births, so I made it a law that families can only have one-child. This mirror’s China’s current laws in some areas. But I ostensibly pissed off, and confused the nation I was running (United States) by activating human cloning research. This duality can please many people but it also upset many others, resulting in assassination plots – which happens often pretty much no matter what you do. 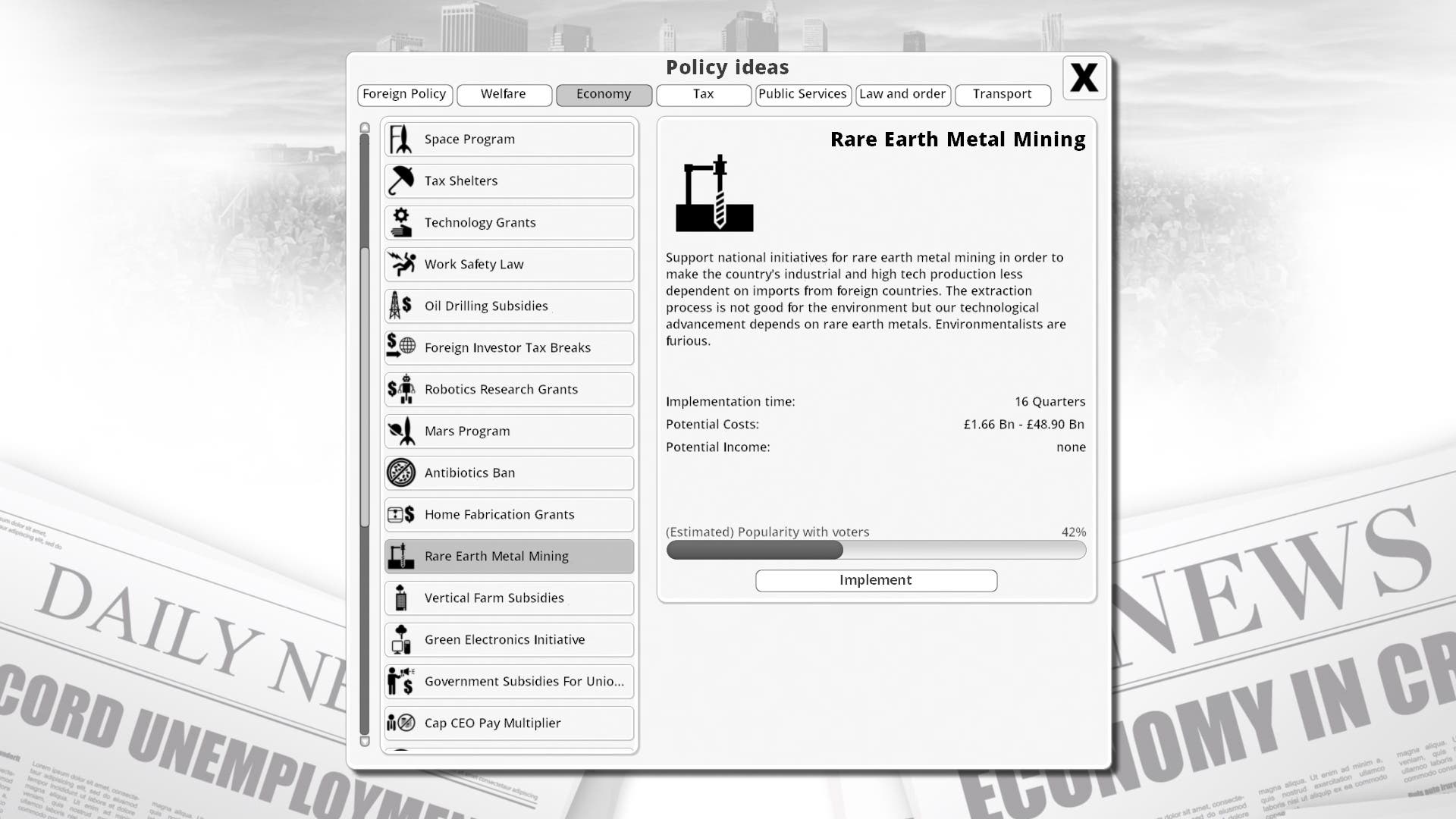 I soon introduced automation via robots. But soon there was civil unrest that led to luddite riots which targeted high-technology corporations that used these robots and sabotaged them. A way to bring the rioting down was to tax automation, but taxing too high will want manufacturers to stop making them as it becomes too costly. But without it, then a crisis happens with rare earth metals running out due to building so many high-tech things.

Should robots have laws extended to them to mirror human rights? Or no? This is probably the most serious this will ever feel while playing. But is no less interesting to see how your people will react when you say that human rights should be extended. 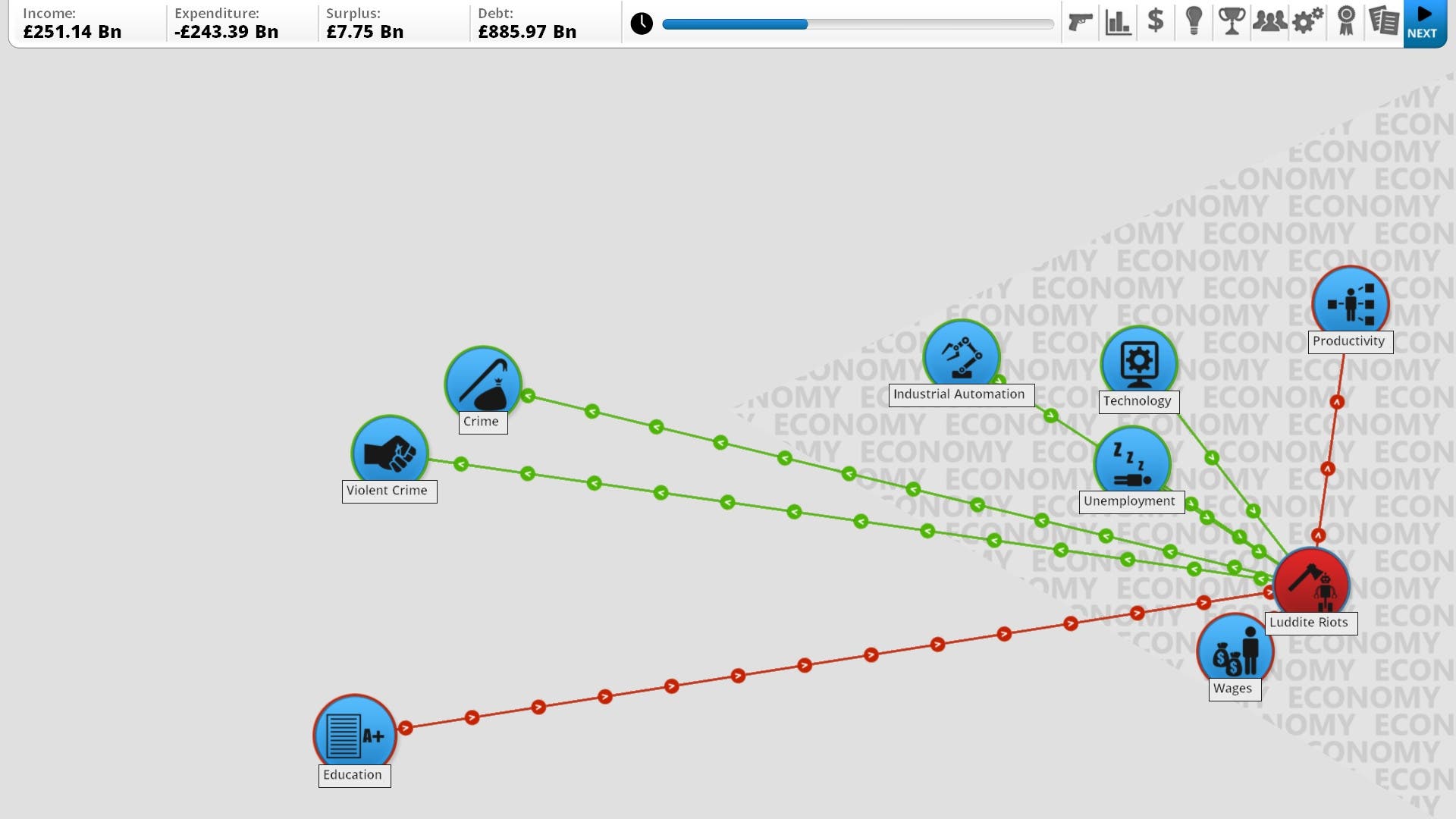 The game now has a sense of balance, and feels like you’re spinning plates through your time as the country’s leader. It’s all an experiment, and requires careful thought making this a great strategy game, but a unique simulation that really underpins the message: you can’t please everybody.

You can enact other policies, ones that please people, like working out a program to go to Mars, and initiating a green electronics plan. Or you can go against the grain of the popular opinion, and order drone strikes to protect the country. When water shortage becomes an issue, weather prediction may come into play that may not be popular, but a necessity.

Clones & Drones is an ambitious DLC for Democracy 3 that absolutely pays off. It dares to ask questions about the direction of our future and the things we may have to face in the years to come in our own world. It isn’t a political message, at least directly, but it is a warning. And all the while these are our realities we have to face. But it’s damn fun just messing with your quasi-country by having police drones everywhere, with every citizen tagged with a computer chip fearing with every step they take.

A Steam code was provided by Positech Games for review purposes