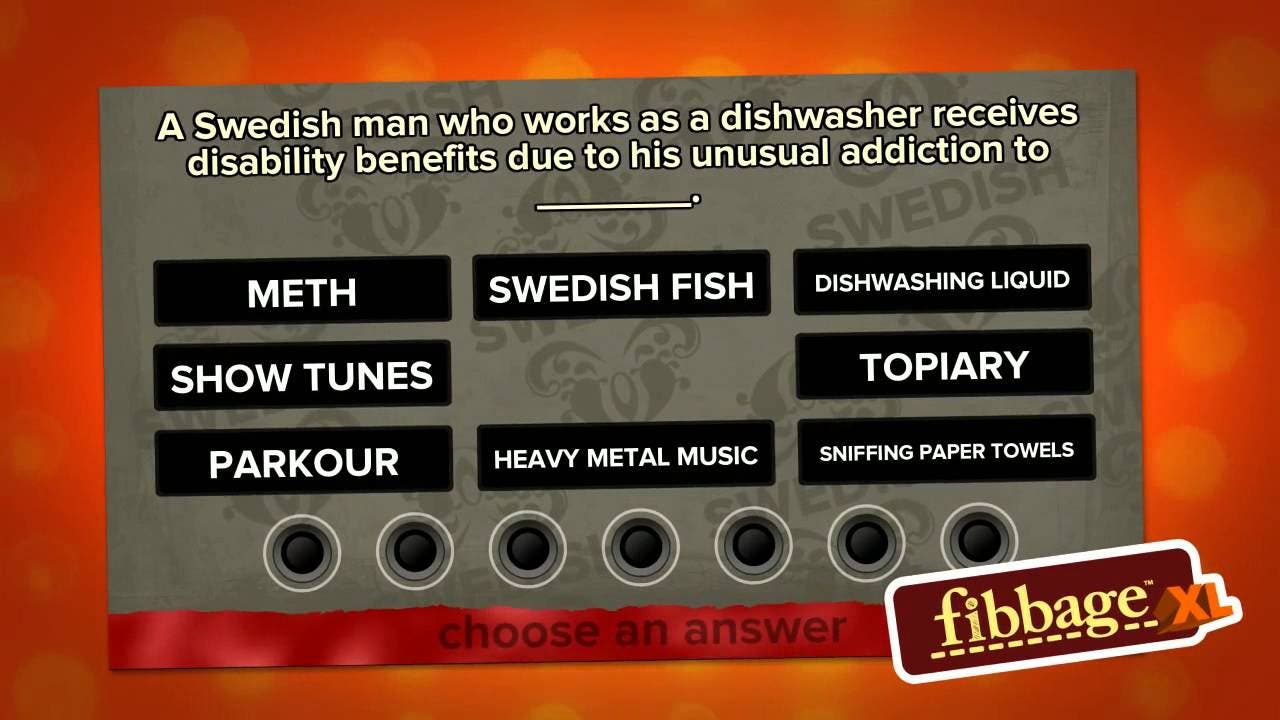 The Jackbox Party Pack includes YOU DON’T KNOW JACK 2015 and Fibbage XL, plus 3 other games – out now

Independent developer Jackbox Games today announced the release of The Jackbox Party Pack™, a massive 5-game collection of party games perfect for the upcoming season of holiday parties and gatherings. The game pack is now available as a digital-only title on Xbox One, and the PlayStation 4.

The Jackbox Party Pack is the studio’s biggest stab yet at cornering the party game market. Coming on the heels of their recent hit release, Fibbage: The Hilarious Bluffing Party Game, the Party Pack builds on the company’s unique play-with-your-phone technology. Players don’t need individual controllers to play, just an internet-connected device such as a smart phone or tablet.

The five party games in the pack are: YOU DON’T KNOW JACK 2015, Fibbage XL, Drawful, Word Spud, and Lie Swatter. YOU DON’T KNOW JACK 2015 is the latest in the company’s long-running series of twisted comedic trivia, features hundreds of all-new questions, and is the first version of YDKJ to appear on Xbox One and PlayStation 4. Fibbage XL builds on the popular Fibbage: The Hilarious Bluffing Party Game. It features all the questions in the original game plus, by popular demand, a sizeable batch of brand new questions (over 50% more). Drawful is a new drawing game that puts a bizarre and laugh-inducing twist on classic drawing games, and allows players to “draw” on their phones or tablets. Word Spud is a battle of wits to finish partially-formed words, allowing players to customize the raunchiness level of the game to their liking. And Lie Swatter has thousands of funny, unusual trivia bits that players are asked to identify as true or false.

Each game supports a different number of players. Most games in the pack allow up to 8 players, but Lie Swatter actually allows up to 100 players in the same game, with the ability for people to join in and leave at any time. “Our focus is couch-play, same-room party games,” says Jackbox’s GM, Mike Bilder. “Some of our games are playable with one player, but all of them are a blast with a group. A couch is optional, but would probably be quite comfortable.”

To access the Party Pack from their devices, players are prompted to log in (using smart phones, tablets, even laptops) via the game’s jackbox.tvwebsite and are provided a room code to join the game. This easy-in, controller-free mode of play has actually sparked a series of Fibbage games streamed via Twitch™, with players around the country joining and playing the host’s game remotely. Jackbox expects much of the same with this pack.