It’s always high noon around these parts. Secret Ponchos, the stylish Wild West PvP shooter from Switchblade Monkeys, is coming to PlayStation 4 on December 2, and during the month it will be FREE to PlayStation Plus members.

Inspired by fighting games and spaghetti westerns, Secret Ponchos’ five outlaws are armed to the teeth with guns, blades, and signature special moves. Play as Kid Red, slinging dynamite and fanning your sixgun in an all-out assault, or toy with your prey as Phantom Poncho, using your whip and shotgun to stun and grab opponents. There’s an outlaw for every play-style.

Barreling into a room full of flying bullets is a quick path to a coffin. With Secret Ponchos’ cover-mechanics, outlaws can duck behind everything from tables and walls to dirty bars to disappear from their opponent’s sight while still being visible to teammates; perfect for setting up ambushes. 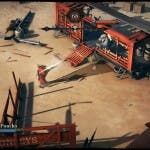 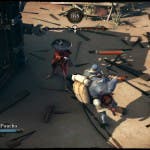 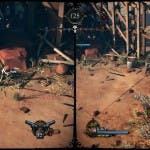 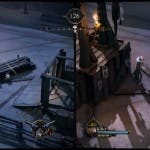 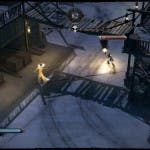 Secret Ponchos launches on PS4 December 2, and will be free to PlayStation Plus members all month.