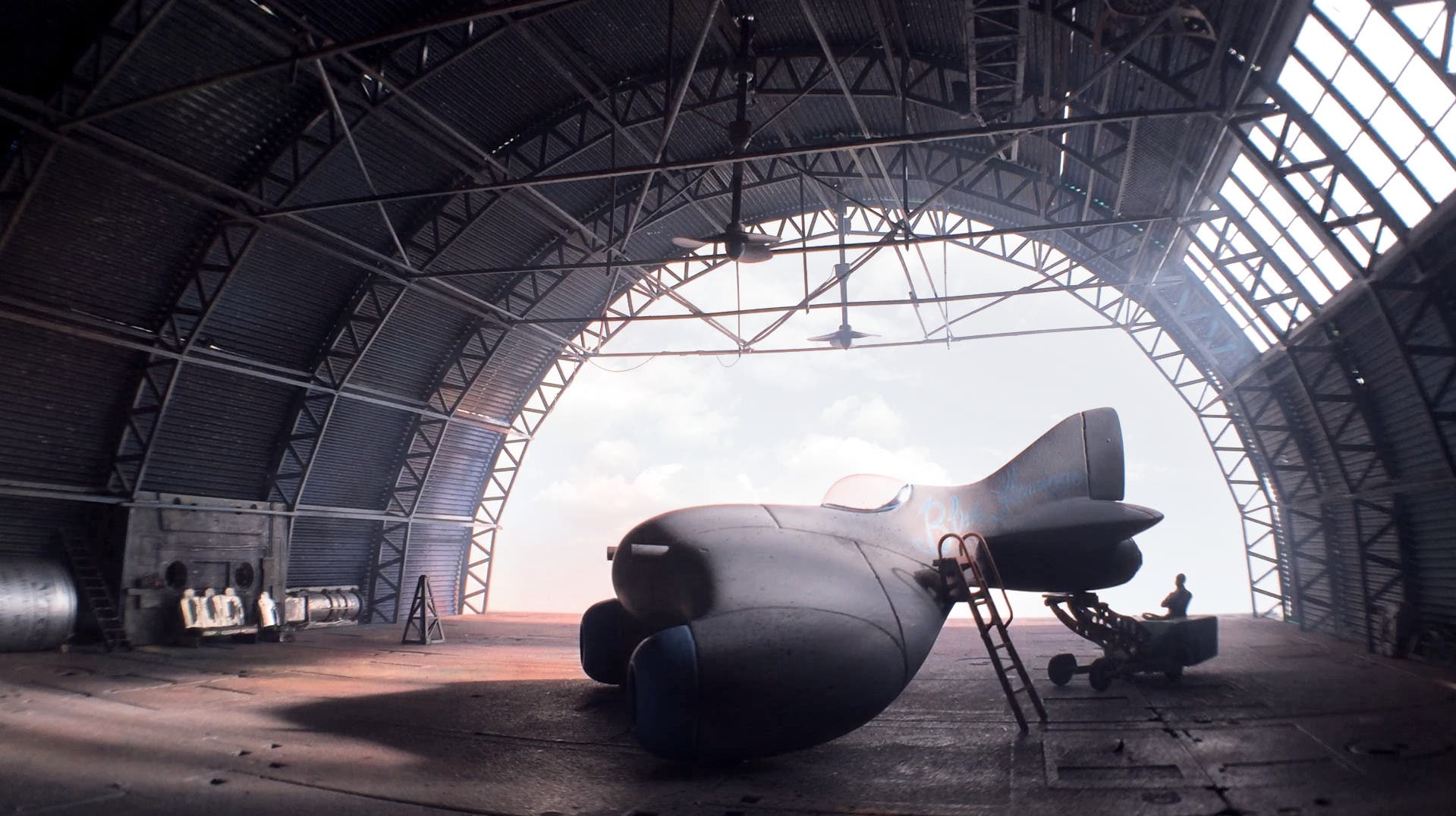 The Blue Flamingo might not be the fastest, most complex shoot’em up out there, but it is the most unique to play, and is a delight to look at. It probably isn’t best played in long sessions, but rather taken in small chunks at a time. That said, it is worth whatever time you’re willing to give it. 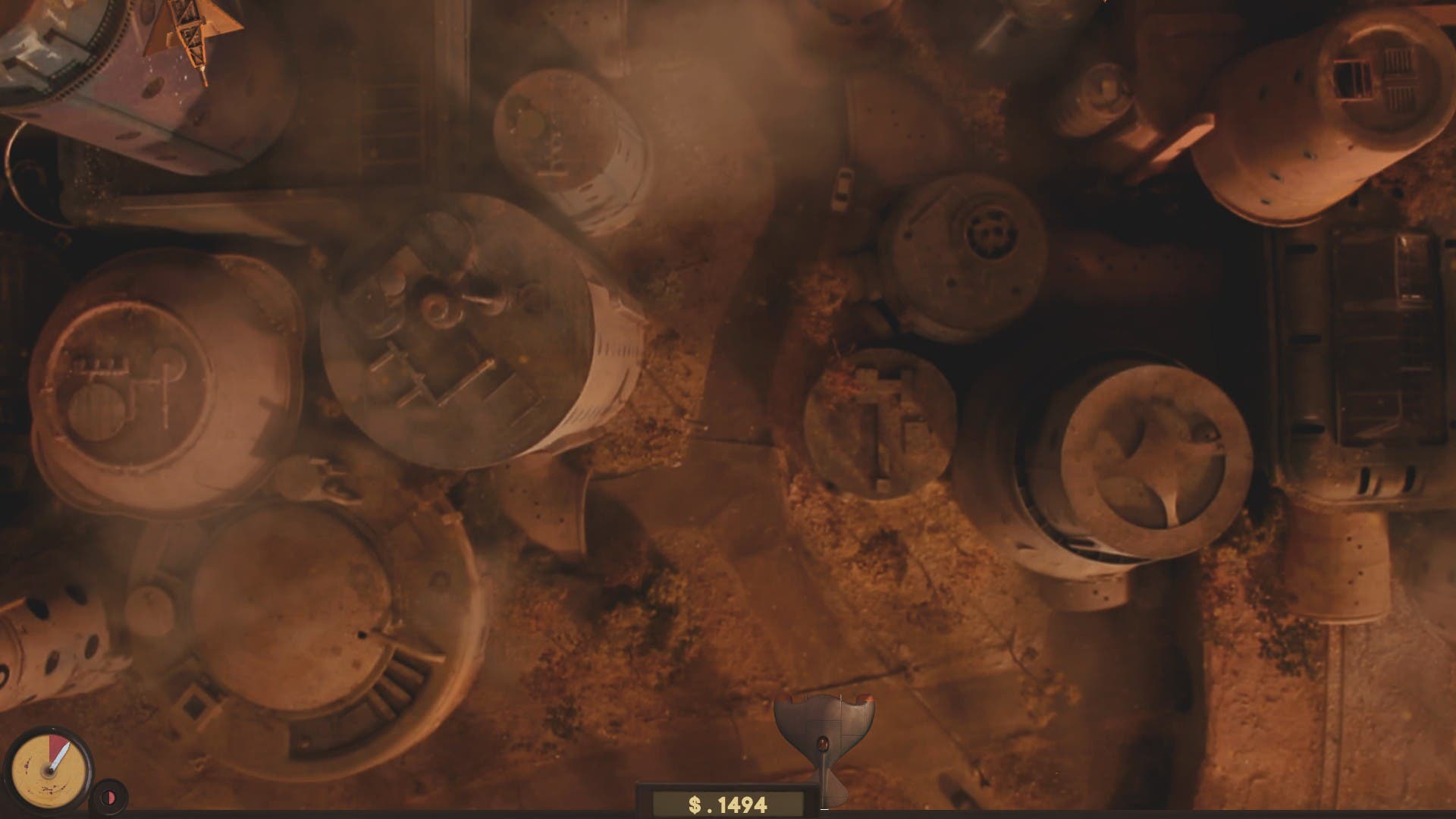 It’s hard to argue the $5 price point for Might and Delight’s latest. The story is simple, just to serve the gameplay. And the gameplay is solid, if for the fact it doesn’t have a whole lot of depth. It’s a novel concept that the core of this gameplay is a shoot’em, wrapped in a 50’s neo-future designs, seemingly cribbed from the Roswell crash.

Instead of  a vertical view, giving a slim appearance a lot of height to see the enemies coming towards you, the game is played from a traditional widescreen view. This isn’t too egregious, but is against the norm for the genre. The enemies never come too fast that it becomes problematic, but it would be nice to see further ahead.

There’s only one level, with different variations of time of day. And after a few minutes, you’ll come across target practice that endcaps the level in hopes of earning more money for your payout. The money you earn attains compound interest on not cashing in on upgrades between levels. However, if you die, you lose the cash for good. Similar to a roguelike. The only reason why you’d want to hang on to your money, is that it becomes your high score when you reach the “game over” screen, and are compared on the leaderboards.

If you choose to upgrade, you can make your guns and/or bombs more effective. Bombs will clear the screen should you get overwhelmed, but no bonus money will be dropped for you to grab as a result. It’s a risk/reward system that is more of a lifesaver than anything else. And that’s the trade-off that adds to the strategy of this game. 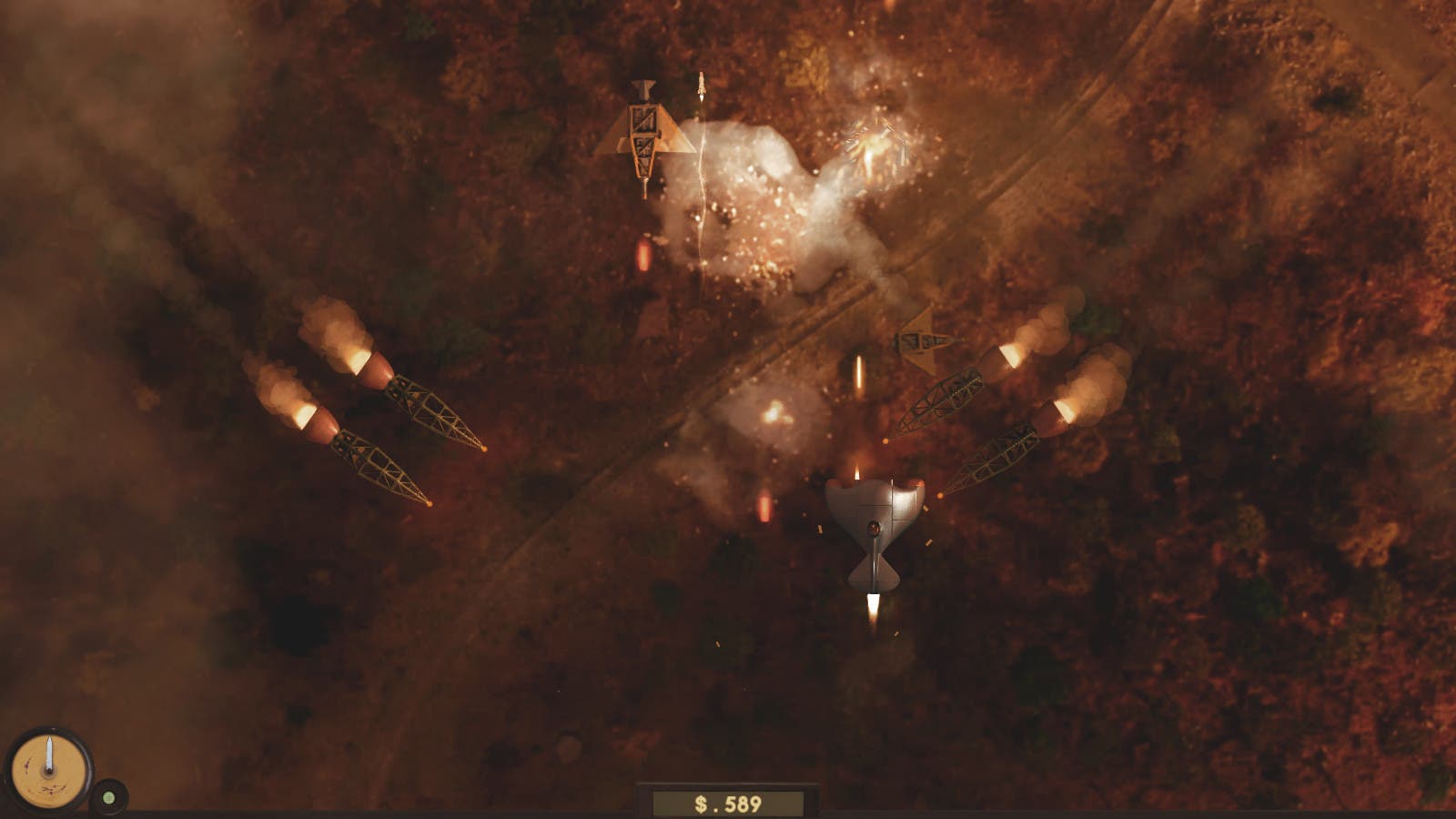 The visuals that make up The Blue Flamingo are all made from practical props that were photographed and filmed in action, using fireworks for the explosions you see, as well as the sounds that emit from the rockets you fire are also recorded here. Using real-life props to create the game is the most compelling aspect to seeing this game in action.

The jazzy music, is soft and completely opposite of what you’d think this type of game would have. You’d be able to find this music in a bar apropos to the time period. But somehow it works. It keeps your nerves calm, and you’re able to enjoy playing. 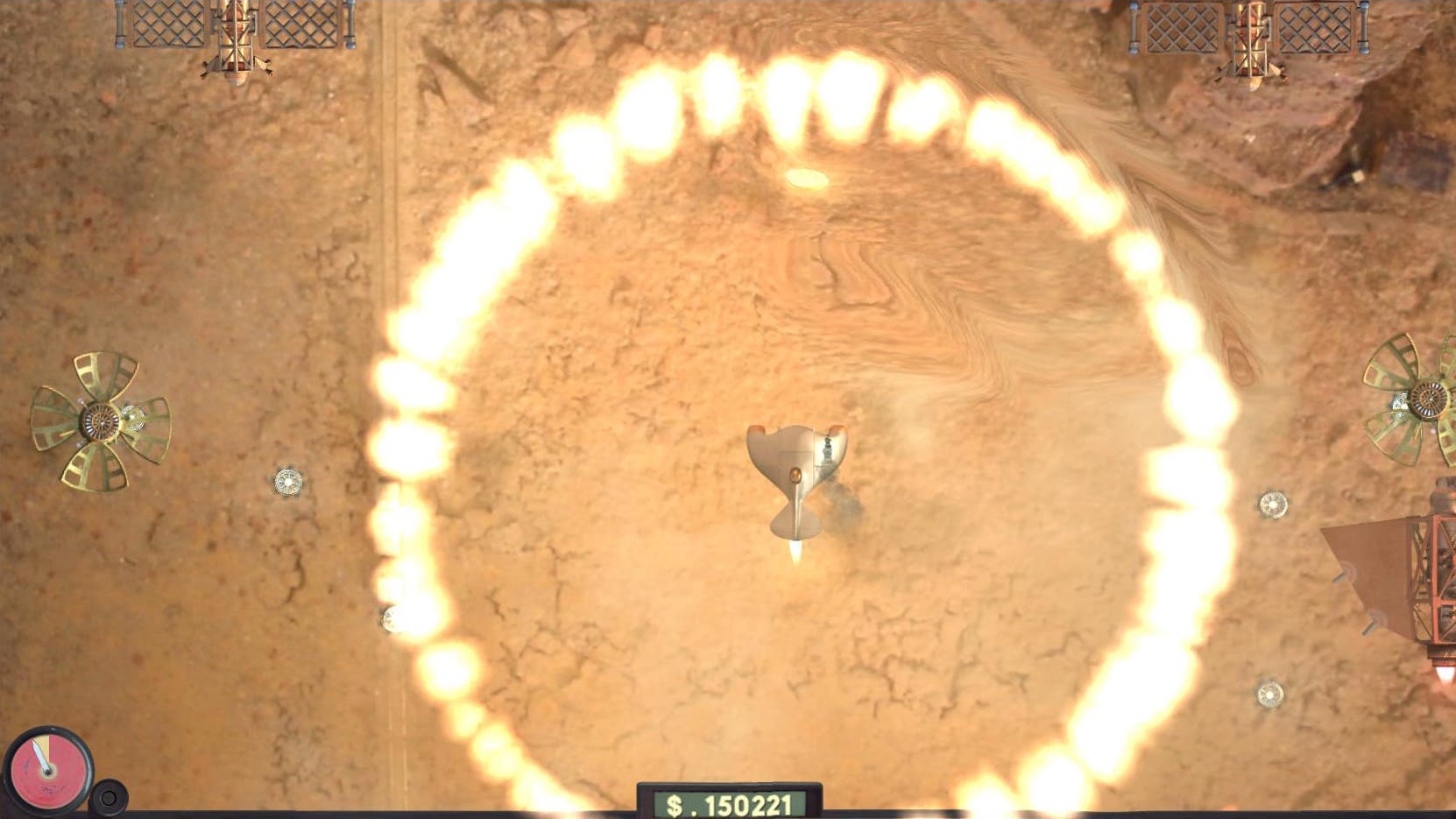 The Blue Flamingo won’t impress the hardcore fans of the “shmup” genre. But the game’s price will, and should be enough for anyone to grab this unique looking shooter, and give it a shot for yourself.