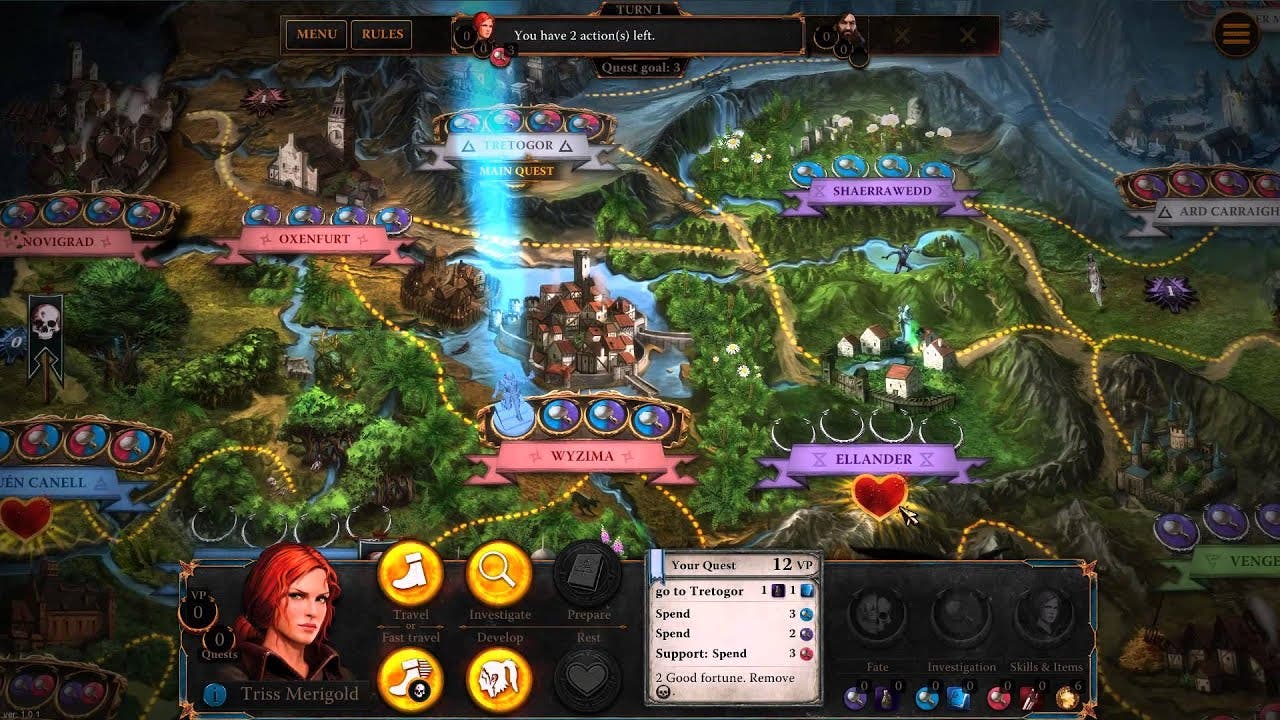 [youtube http://youtu.be/PsVs1tFs4uo]
CD PROJEKT RED, the creators of the critically acclaimed Witcher franchise of video games, and Fantasy Flight Games, a marketplace leader in board game development and publishing, are proud to announce the release of The Witcher Adventure Game, a unique and thrilling opportunity to dive into the universe of The Witcher in premium quality board game format.

“We are very excited to bring Adventure Game to Witcher and board game fans alike. We have worked with Ignacy Trzewiczek, Fantasy Flight and Can Explode for a long time to make this an ideal entry for board game beginners, as well as a fun experience for people who know this genre and universe by heart. The rules are simple but not simplistic, the artwork creates a phenomenal atmosphere that just drips out of the board, and the physical components are of the best of possible quality. We hope you will enjoy this game for months and years to come,” said Rafał Jaki, The Witcher Adventure Game Executive Producer.

Ignacy Trzewiczek’s The Witcher Adventure Game takes players on a journey across the world of The Witcher as they assume the roles of four beloved characters from the books and computer games: Geralt of Rivia, monster slayer; Dandelion, roguish bard; Triss Merigold, cunning sorceress; and Yarpen Zigrin, dwarven warrior. A variety of quests invite players to hunt monsters, earn gold on dangerous missions, and interact with the characters they meet in a web of alliances and treachery.

The Witcher Adventure Game is available now in good board-game stores, and, in digital format, on Google Play, Apple Appstore, Steam and GOG.com (PC and Mac). The digital version of the game was designed by CD PROJEKT RED and developed by Can Explode. Both versions, i.e. physical and digital, offer the same, thrilling experience, and contain over 280 cards and 30 monsters. In addition, the physical version contains meticulously crafted figures of in-game characters, and specially created, superior quality dice by Q-Workshop.