Aiming to place itself in a unique spot in the market, Act of Aggression – the new RTS from Wargame creator Eugen Systems – pulls heavy inspiration from other RTS titles hailing from the nineties and noughties, the Golden Era of RTS. In a unique near-future techno-thriller setting and with three playable factions based on both fictional and real military forces, base-building, resources harvesting and combat unit production, Act of Aggression is a more accessible but no less explosive departure from the million plus selling Wargame series for Eugen Systems.

Take a look at some of the thematically techno-thriller concept art for the game design, and for a summary of the three factions with their names and play-styles, see below:

Across large, authentic maps, players will harvest resources, build bases strategically, defend them, and produce all kinds of units to match the wit of their opponent. Extend your base network with off-base refineries for harvesting resources, and protect supply networks ensuring a stable income of cash and minerals. You’ll even fight other players for occupied banks as a supplementary income, and capture soldiers ejected from tanks and planes or wounded on the battlefield to take as prisoners of war. 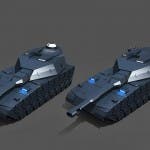 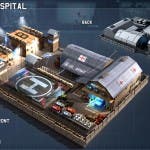 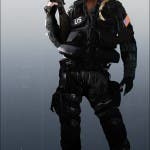