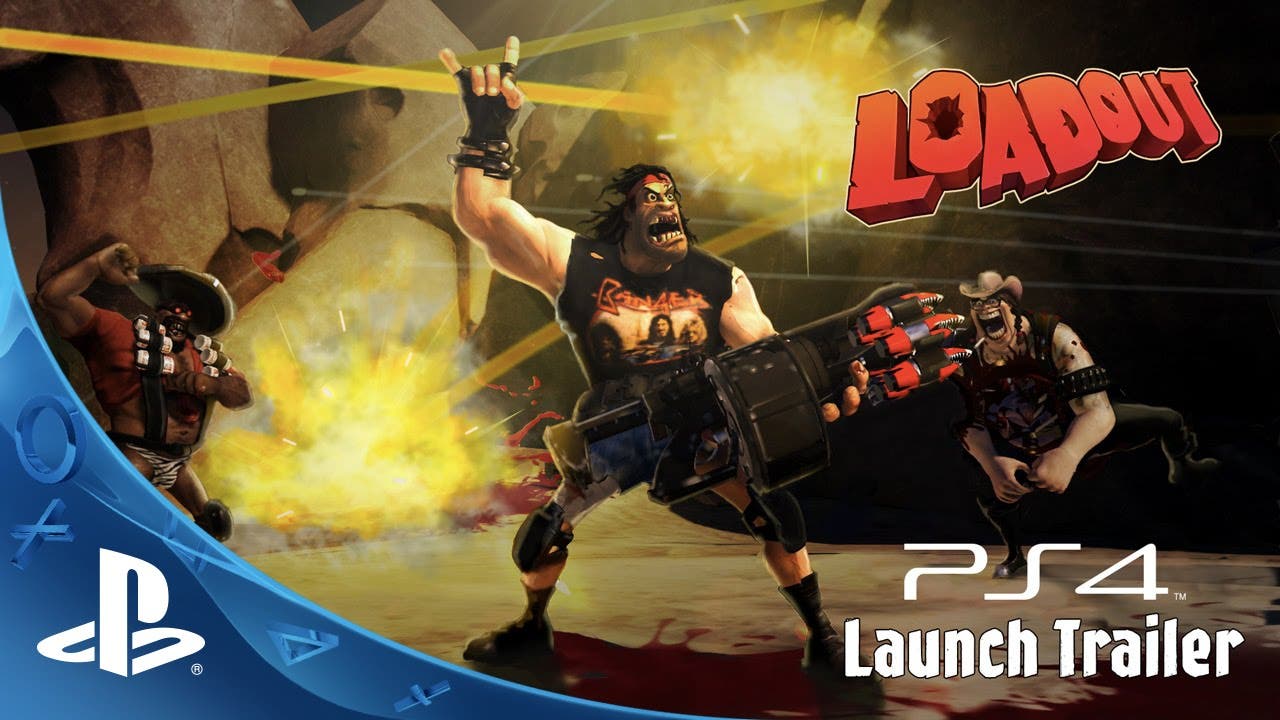 Loadout unloading for free on PS4 later this month

Edge of Reality today announced that Loadout, the fast-paced Free-to-Play shooter with more weapons than there are people on Earth, will launch on the PlayStation®4 computer entertainment system on December 16, 2014. Loadout, the multiplayer shooter with bombastic humor, deep customization, and billions of weapon combinations, is scheduled to arrive on the PlayStation®Store, just in time to inflict virtual wounds on one’s friends and family during the holidays. Soon, PS4® players will be able to experience the glorious mayhem that 3.7 million gamers have enjoyed thus far on the PC, where old and new friends alike can join together as splattered red puddles and splotches across the game’s many scenic levels.

To celebrate the impending release of Loadout on the PlayStation®Network, a new trailer has been released on the PlayStation Blog to remind the world what Loadout is all about: finding increasingly lunatic ways to get into fights in the pursuit of shiny blue rocks.

Loadout is the first original IP from Edge of Reality, an Austin-based independent studio with broad experience in major game franchises, including Mass Effect, Dragon Age, Tony Hawk’s Pro Skater, and The Sims. The studio developed Loadout as a passion project, and today that passion has been shared by millions, enjoying the over-the-top violence, fast action, and absurdly varied customization of Loadout on PC – and soon, PS4®.

Loadout will also be featured this weekend at PlayStation Experience, a massive two-day community event for PlayStation fans held in Las Vegas on December 6-7. Edge of Reality will be in attendance alongside dozens of other PlayStation®4 and PlayStation®Vita developers to show off new and unreleased games to attendees.Loadout will be available to play on the PS4® for the first time at the event, and Edge of Reality team members will be on hand to meet fans and answer questions about the game.

The launch of Loadout for PS4® will bring with it all of the volatile projectiles, majestically soaring entrails, and mature humor that gamers have come to love since the game’s launch earlier this year on PC. The PS4® debut will also mark the launch of the game’s new co-op Campaign mode, where gamers must temporarily stop slaughtering one another and turn their enthusiastic violence towards a common enemy. Loadout players will find themselves up against the fearsome, heavily armed Kroad, an alien race bent on taking away our very nicest shiny rocks.