Emergency 5 is easily the best and most refined game the series has ever seen, and also one of the more unique RTS titles to exist for the genre. Developer Sixteen Tons is able to craft a lengthy campaign filled with similar objectives, but done in a way that are both thrilling and fun to play. But sadly the game suffers from performance problems that interrupt what would otherwise be a great game. The game’s campaign deceptively starts off slow, making you think you’ll only tackle one thing at a time. But this is an RTS, so multi-tasking is a prerequisite. You’ll soon be juggling several different emergencies, big and small. Prioritization is key, as well as ensuring you have enough units to cover all tasks as well as having extra for any new ones that crop up. You’ll earn money for each mission, and the better you do, the more units you can buy.

The controls are all like you’d expect, you drag-select units to perform certain actions, and often times you’ll be selecting individual units to perform different tasks. In some instances, you’ll want one firefighter cutting down trees so that the fire doesn’t spread while the others are trying to put out the flames. When using the police, you’ll want one unit to pepper spray the criminal, while the other gets out the handcuffs to arrest them.

Outside of the campaign, there’s Free Play that removes the upgrades and purchases of the campaign, as well as the cutscenes. It includes an Endless and Challenge modes on the game’s maps. You can even replay the large scale missions from the campaign. They play largely the same, but the endless mode is for the ones who want to rack up a high score and just keep going without any impediment. 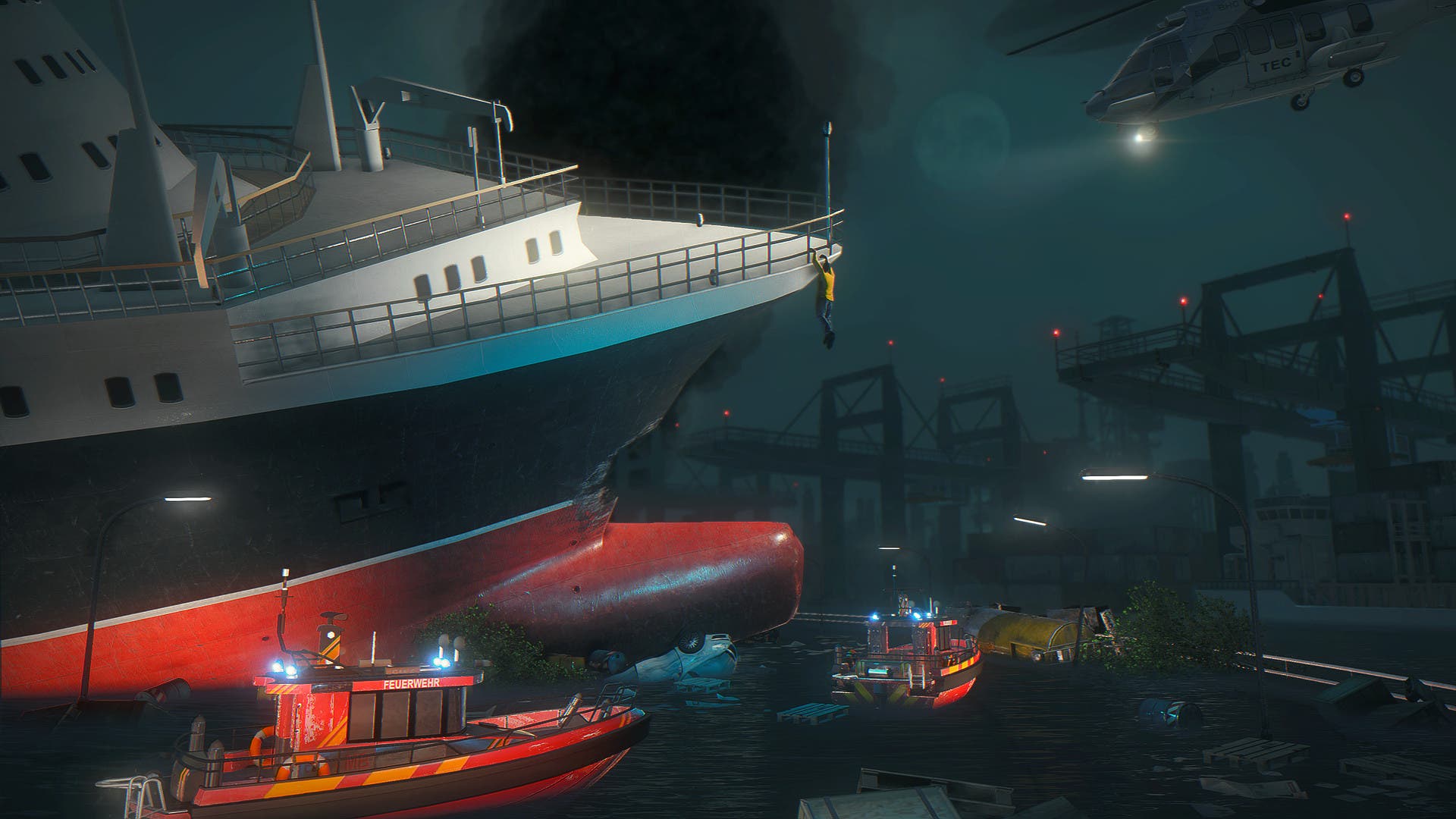 Some silly scenarios exist, such as one where a hang glider is flying through Munich, he waves to his friend, loses focus. And is then crashing into scaffolding where workers are on it, the debris from this crash hits a gas tank of a hot dog stand, igniting it. Thus beguns your rescue efforts. While it gives a bunch of tasks to do at once, it just isn’t very believable. But I haven’t been to Munich, Germany, so what do I know?

As the game has had European success, only cities like Munich, Hamburg, and Berlin are represented. Each of the cities are individually modeled and unique as you step into each one. 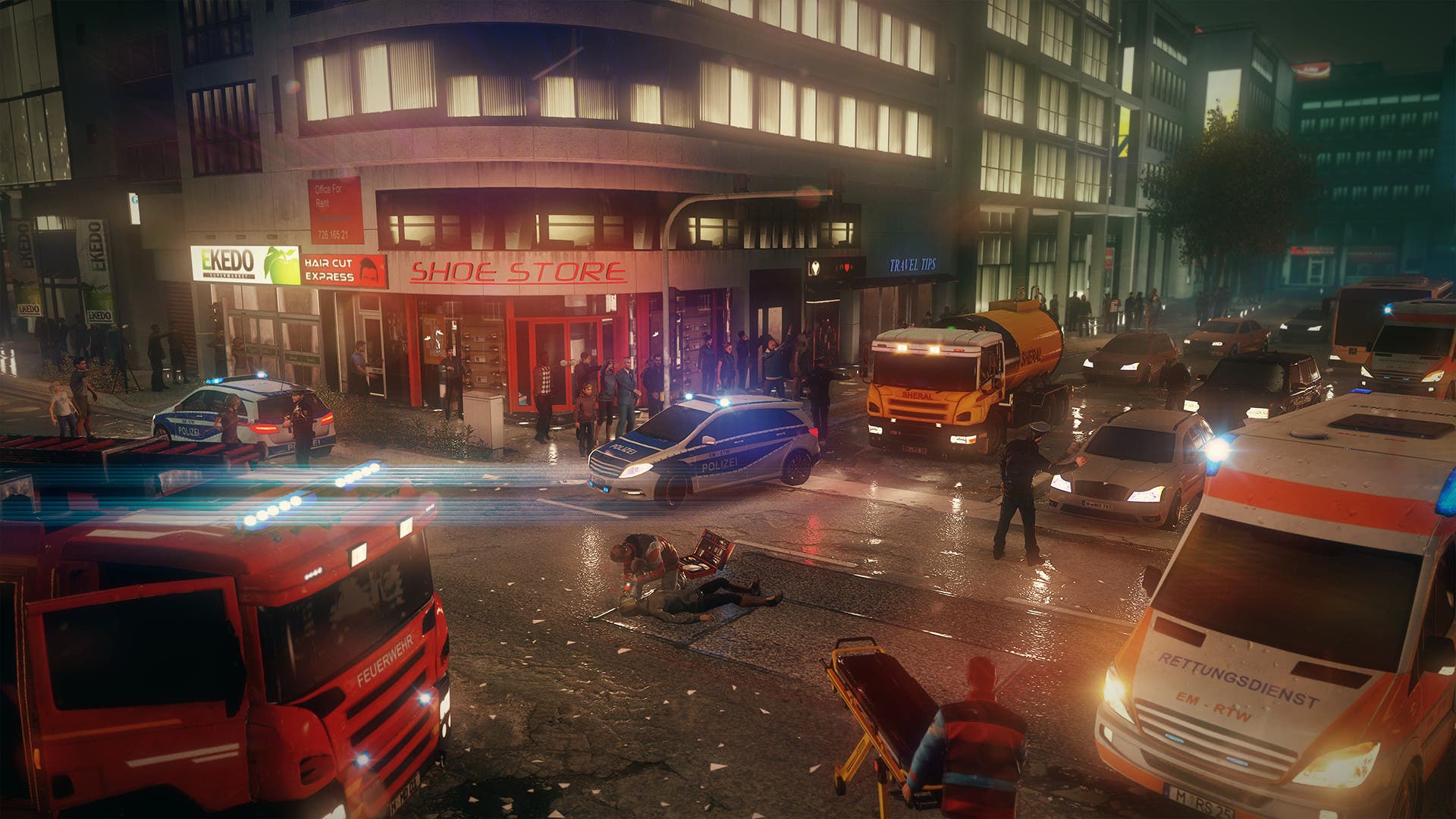 The game is stunning. Any time that a unit is obfuscated by the environment, it is lit up by a brilliant blue. The menus and UI are clear and crisp, and it’s very easy to use and understand without it becoming overly complicated. What isn’t stunning are the cutscenes, which are pixelated and grainy for no good reason that I can see.

Performance problems hamper the game’s enjoyment. The longer you play, the slower it gets. There seems to be some sort of memory leak in the game. Frame-rates are often 30 or higher, but rarely do I stay consistent with 60fps on Ultra. Even lowering the settings, often makes it worse – which is perplexing to say the least. 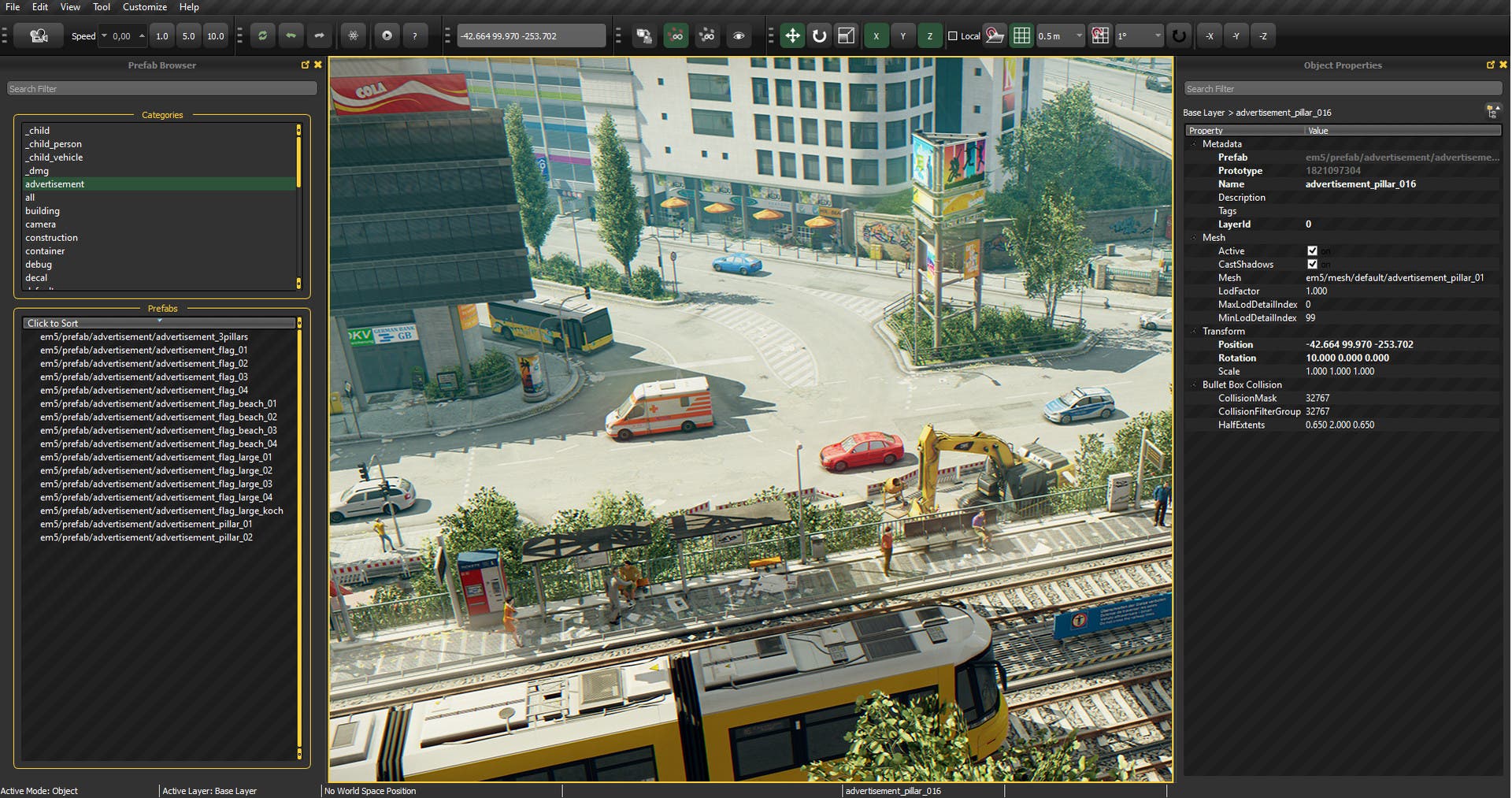 Multiplayer allows you to play competitively cooperatively with specific online challenges for up to four players. Unfortunately, I was not able to find anyone ever playing the game. I created my own server and sat in the game for almost an hour, and no one joined. It’s not that no one is playing it, they could just be wrapped up in the singleplayer or it’s niche audience is creating time zone issues for me when I play

The included World Builder allows you to create your own maps, scenarios, and mods to the game. This helps extend the life of the game beyond the campaign and free play. And with an empty multiplayer, it’s probably the best way to keep the game going for yourself outside of Free Play. 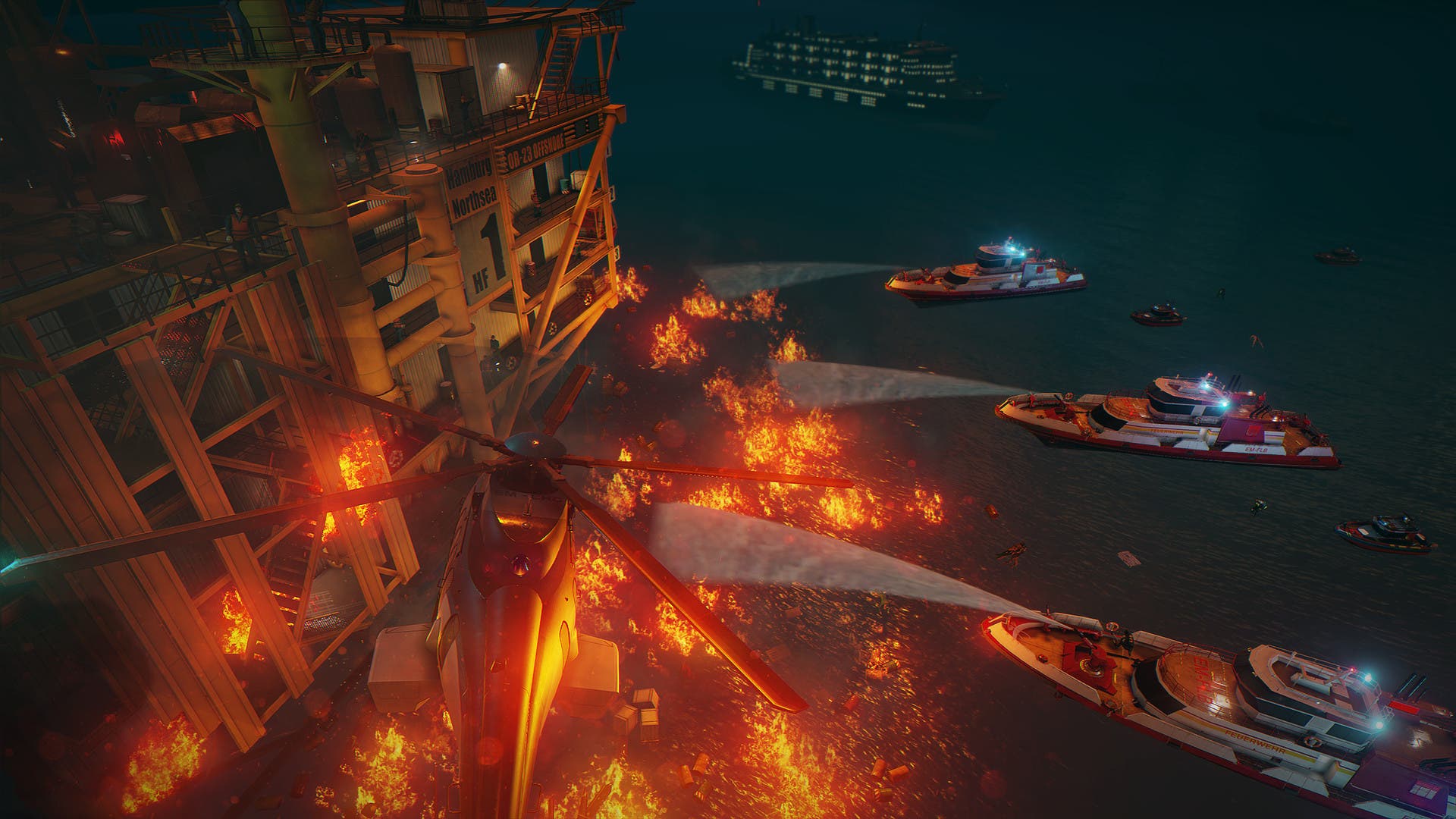 Emergency 5 is a well-made, creative RTS. But it is bogged down by so many technical issues that prevent you from playing it for longer sessions. If they can be ironed out in patches, will become a much easier recommend. I wanted to like it more, but it wouldn’t let me. Though, I’ll say that I’ll still be playing it despite the issues. It’s just so refreshing to play an RTS that doesn’t revolve around warring factions of equal numbers with guns and bombs.