Editor’s Note: This review is only for the single-player portion the game

As I got into the game world, immediately Unity felt like it was trying to go back to what made the series first successful with Assassin’s Creed II — a densely packed European city with tall old buildings which were fun to traverse, and a game focused on stalking targets and uncovering a big mystery. Arno feels like an Ezio clone. In fact, Arno even starts off the game wearing similar clothing to what Ezio wore at the start of Assassin’s Creed II.

The traversal system is different than previous games, but it feels good again– it feels as good as AC2 did. Now you can hold a button to traverse up and another to traverse down. This helps reduce traversing to unintended places. Platforming sequences see a come back and are pretty fun. That being said, the game probably could have used more of them.

The graphics in Unity are incredible. This is an appreciable step up from Black Flag. The lighting, draw distance, NPCs look all substantially better than the previous instalment. I didn’t experience any major technical issues on PS4 but framerate was a little bad at times, but it didn’t bother me that much.

The music is good and has callbacks to the AC2 soundtrack. However, ambient music is missing throughout the game, and I think its a big loss. Maybe the developers are Ubisoft were proud of the crowds they built and wanted that to be the noise, but i think its a misstep.

Crowds are huge now, but the world doesn’t necessarily feel alive. I felt like there were more ways you could interact with the world in previous games. 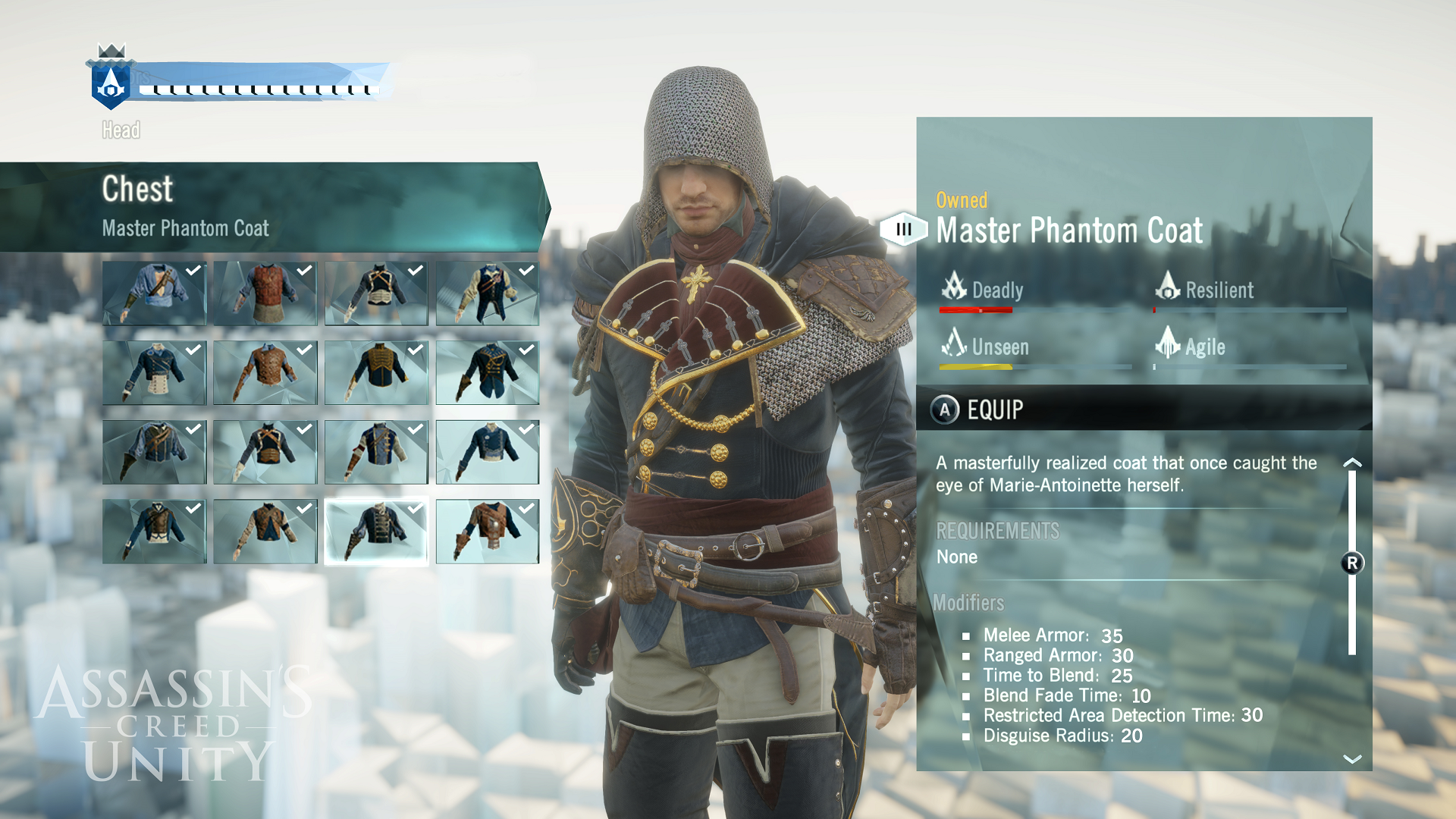 Where Unity really shines is it’s mission design. Most of the instant fail missions are now gone. The stupidly stringent rules on certain mission types have been relaxed (for example, you don’t need to stay as close to your target as you used to in tailing missions). And tailing missions are not nearly as prevalent as they were in Assassin’s Creed III. Assassin’s Creed Unity is a flawed game, but it is the most ambitious Assassin’s Creed since Brotherhood, and it has a lot of good ideas. The mission design is at it’s best, and the traversal is fun again. The story, which traditionally is a strong point in Assassin’s Creed games, is weak here, and brings down the overall experience a little. That being said, I hope Ubisoft keeps going in this direction gameplay-wise for future installments.

An Xbox One code was provided by Ubisoft for review purposes