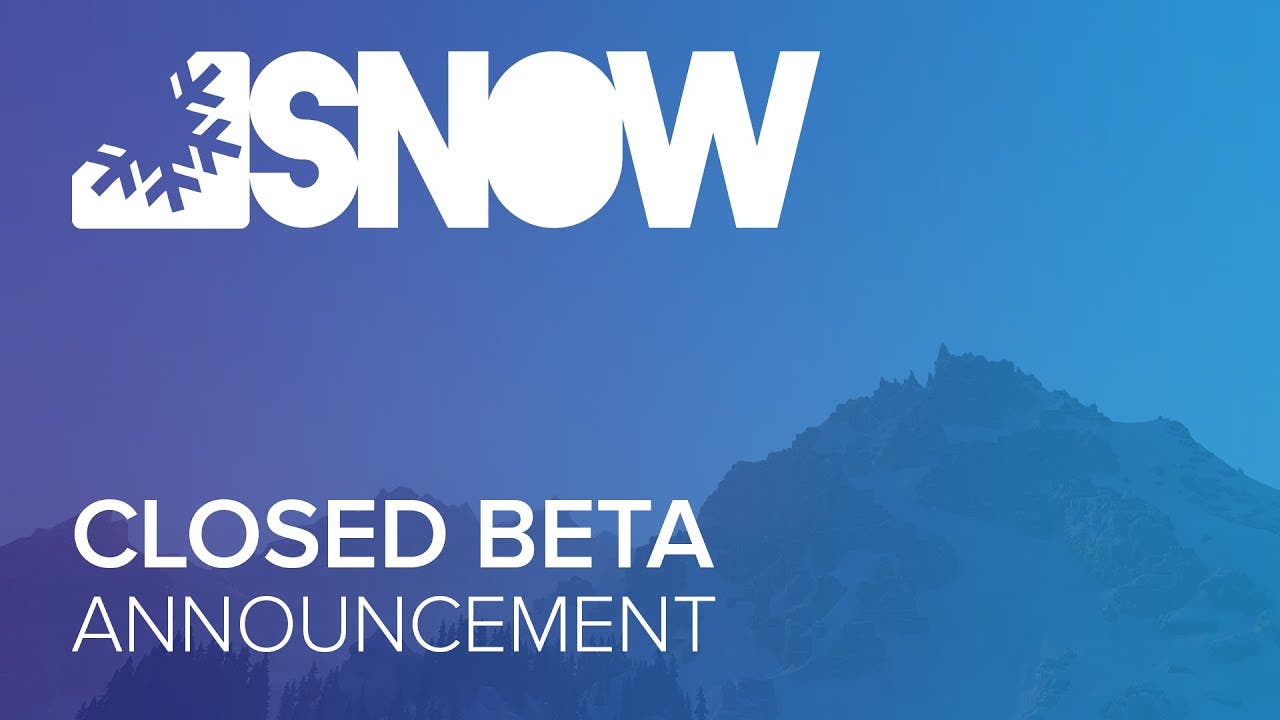 Swedish developer Poppermost Productions today announced closed beta dates for SNOW, their upcoming free-to play, open-world, winter sports game. Beginning Saturday, March 28, Poppermost will open the mountain and grant a set amount of users full access to the closed beta version of the game on PC for free. Those who sign up through www.snowthegame.com will be invited to the closed beta on a first come, first served basis. All closed beta users will receive an exclusive Red Bull Sean Pettit helmet in game.

As a special thank you to those that already own SNOW through Steam’s Early Access program, Early Access participants will have entry to the closed beta on Tuesday, March 10, over two weeks before it officially goes live.

“We couldn’t have made it to this tremendous milestone without the undying support of SNOW’s community,” said Alexander Bergendahl, CEO of Poppermost Productions. “We’re ecstatic to open up the slopes to a wider audience and see how they enjoy the experience SNOW has to offer!”

Closed beta marks a critical point in the development of SNOW, introducing the long-awaited free-to-play model and giving players a chance to discover a plethora of new features that were not available in Early Access. SNOW’s 65km3 open-world mountain, Sialia, has a handful of new locations to explore, including a mountain-top observatory, crashed cargo plane, vineyard and luxury hotel resort. These cool settings can be visited on skis or with the new drone feature, which gives players a small personal drone to fly around the mountain at their leisure.

In addition, the closed beta will feature event game modes (races, slopestyle, big air, etc.), a replay mode to rewatch your performances from cinematic angles, player levelling and online matchmaking for competitive gameplay or simply sharing the mountain with friends. Other improvements include a complete overhaul of the game’s user interface and a redesign of the character store, which features roughly 700 items from real-world brands, with more to come soon.