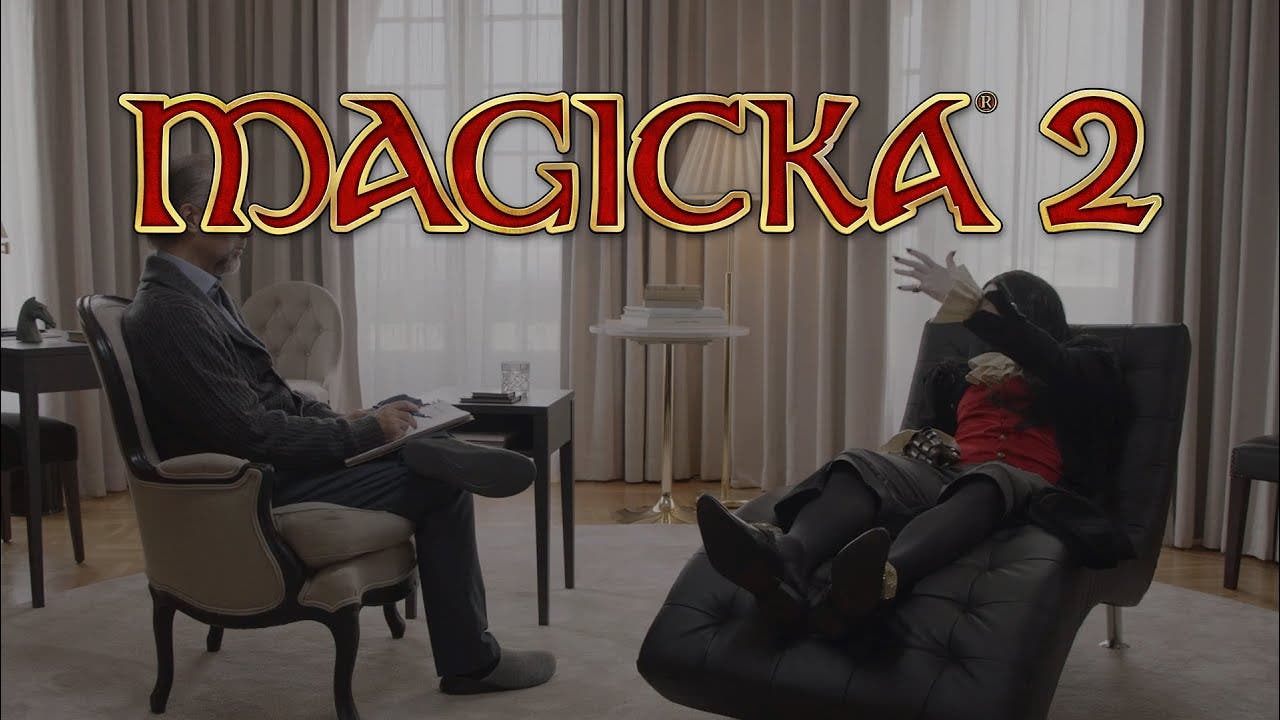 Paradox Interactive, a publisher of games who believes psychoanalysis involves analyzing psychos, today invited the world to enjoy a new trailer for Magicka 2, the forthcoming Wizard-filled spell-slinging game for PC and the PlayStation 4. Paradox today also offered spelling enthusiasts the chance to win several in-game rewards by signing up on the Magicka 2 website, including the opportunity to name an in-game NPC to suffer a variety of mental and biological anguish.

In the newly released video, viewers will sit in on a very special conversation with Brad, who is not Vlad, who is not a vampire, as he comes to terms with his demons, and reminisces about slaying those demons using a fantastic spellcasting system with up to four players—ahem, Wizards.

Signing up on the Magicka 2 website will offer would-be Wizards the chance to earn a variety of in-game goodies in the PC version, including new weapons, a new robe, and delightful avatars and icons on the Magicka 2 forums. These rewards can be unlocked by playing exclusive, never-before-seen Magicka 2 content not even included in the main game, giving players the chance to experience an exciting side story set in the rich lore of Midgard.