Today, Ubisoft announced that the Assassin-turned-Templar action-adventure game, Assassin’s Creed® Rogue, will be available for Windows PC on March 10.

The acclaimed naval components from previous Assassin’s Creed games have been enhanced in Assassin’s Creed Rogue. The game also gives players new weapons to use on both land and sea in pursuit of taking down the Assassins, including a new ship called the Morrigan.

The Assassin’s Creed Rogue PC development team in Kiev have partnered with Tobii Tech to integrate eye tracking input as a component of gameplay. This is the first game of this scale to offer this entirely new, complementary input to the keyboard and mouse. Players using the SteelSeries Sentry (with Tobii eye tracking) when playing Assassin’s Creed Rogue will experience true gaming immersion: as the player looks to the left or right of the screen, the camera will pan to accommodate the exploration of this new visual territory, creating an “infinite screen” experience.

A deluxe version of Assassin’s Creed Rogue for Windows PC will also be available on March 10 at the Uplay Shop. The deluxe version will include the full game as well as extra in-game content such as a new mission, new weapons and outfits.

Players who pre-order the digital version of Assassin’s Creed Rogue for Windows PC – standard or deluxe from the Uplay Shop – will receive one of six bonus Assassin’s Creed games of their choosing, as well as two bonus packs: The Siege of Fort de Sable and The Explorer.

Check out both versions here: 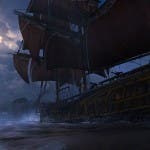