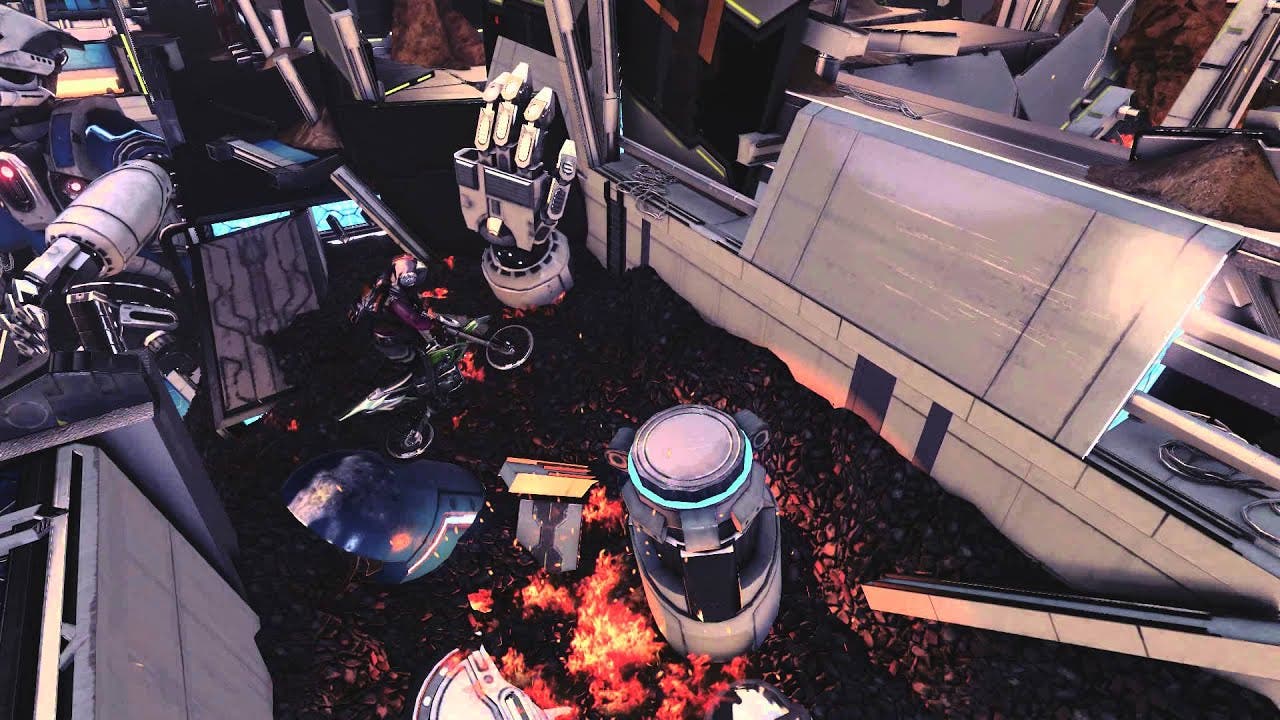 Today, Ubisoft announced Fault One Zero, the fifth of six planned downloadable content packs forTrials Fusion™, which brings players 10 new tracks, 24 challenges, five trophies, and new objects for the track editor is now available.
In Fault One Zero players explore the futuristic city of Megalopolis where man and machine are only distinguishable by their medical records. Players will race through holographic cityscapes, testing facilities, assembly lines, retro gaming areas and a robot dumping ground to navigate their way through Megalopolis.

Additionally, single player tracks were recently added to online multiplayer, giving players a new multiplayer experience and more tracks to challenge friends on. Up to eight players face off in a single lane and modifiers including track gravity, speed and control can be added to ramp up the level of challenge in the race. Since the launch of Online Multiplayer as a free update earlier this month, players have faced-off in nearly 2.5 million races and have rode more than 500 000 kilometres (317,581 miles), which is nearly 13 times around the circumference of the Earth.

Trials Fusion is continuously being updated to add new features, provide more downloadable content and track editor items, as well as to continue improving the game to make it the ultimate racing experience.