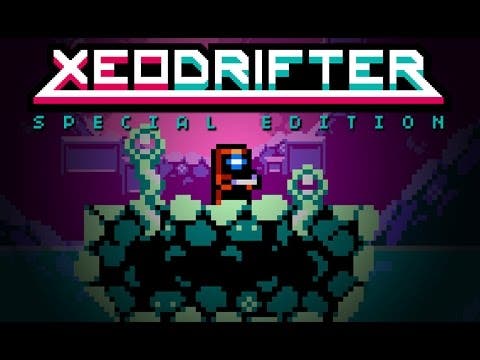 Renegade Kid and Gambitious Digital Entertainment join forces to bring the intergalactic 3DS hit, Xeodrifter, to current generation consoles this spring, and announced today that Xeodrifter: Special Edition is available now on Steam for PCs for $14.99 (http://store.steampowered.com/app/319140/). In Xeodrifter, players relive the intergalactic globe-trotting Metroidvania gameplay that captured the hearts of 3Ds fans with cunning use of 2D gaming space and thoughtful gameplay. Console players can explore multiple worlds to rebuild their tattered spaceship and return home to their home galaxy for $14.99 in just a couple short months.

Xeodrifter: Special Edition includes developer Renegade Kid’s in-depth development diary, giving players insight into the entire production cycle of the game from its early conception all the way to release. The Special Edition will also include the critically acclaimed soundtrack by artists Roth Sothy, Matthew Gambrell, and Brian Altano bundled in to sweeten the deal for audiophiles and chiptune enthusiasts.

“Working with the Gambitious team to bring Xeodrifter to a wider audience on PC and home console is something were extremely excited about,” said Renegade Kid co-founder and creative director, Jools Watsham. “Xeodrifter: Special Edition is a great way for players to get their hands on the game, the awesome OST, and a detailed behind-the-scenes look at how a few friends managed to cobble together a great game.”

Xeodrifter on the console will debut at PAX East this March 6th-8th at the Gambitous’ booth, 7179. Renegade Kid will be in Boston for PAX East to meet fans and show off the game all weekend.