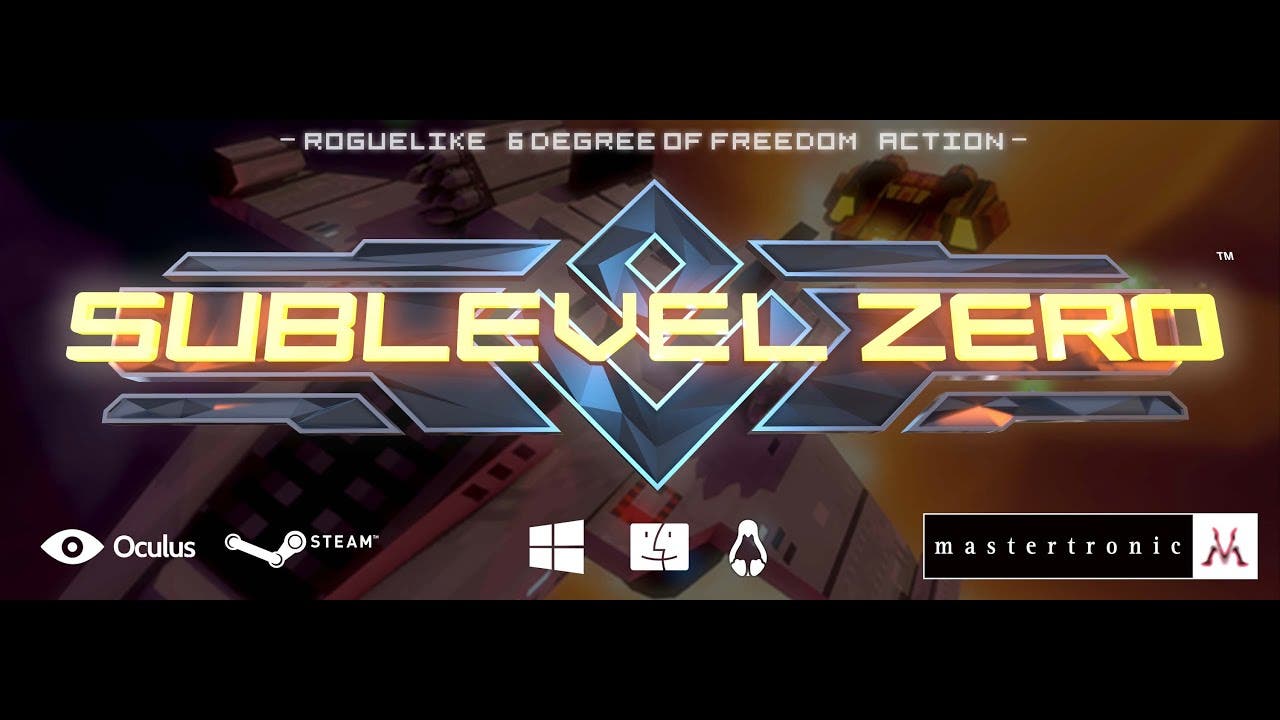 Sublevel Zero is a first-person, six-degree-of-freedom roguelike shooter set in a universe where reality is falling apart. Step into the cockpit of a lone gunship and navigate your way through a labyrinth of procedurally-generated 3D levels, puzzles and foes to source valuable ancient artifacts. Descend into a vast underground facility in your mission to loot and craft ancient technology which holds the key to your clan’s survival.

Inspired by gaming classics such as Descent and Forsaken as well as contemporary shooters like Teleglitch, Sublevel Zero’sgravity-defying combat is driven by modern looting and crafting. Battle enemy fighters, surface foes and turrets who strive to halt your progress. Every shot and every decision counts as you navigate each hazard before it is too late. The emphasis is on survival and ammunition is scarce so you will need to strengthen your tactics, adaptability and skill in order to survive enemy encounters. Fly and rotate in all directions while attacking from any angle but you will have to make every shot count, as there are no saves!

Sublevel Zero features a highly stylised lo-fi art style with dynamic chiptune-inspired music by composer Will Bedford creating a fusion between retro and modern elements and bring to life the gameplay experience. The full game will feature Oculus Rift support, so you can experience the high-adrenaline, fast-paced shootouts up close!

Gary Lloyd, Artist, Sigtrap, comments, “Sublevel Zero has been a special project since the initial prototype for Ludum Dare 29. I’ve always had an appreciation for low-poly graphics and 90’s era classics and it’s awesome to be working with Mastertronic to bring the game to Steam. Building the game has been an amazing experience so far, with overwhelmingly positive responses from fellow gamers. It is very humbling and it’s great to finally reveal our progress.”

Luke Thompson, Designer, Sigtrap, adds “Sublevel Zero has been inspired by our favourite games of our formative years like Descent, Forsaken and modern shooters like Teleglitch. We wanted to blend retro and modern elements through the visuals, mechanics and audio and the awesome music composed by Will Bedford intensifies the gameplay experience. Sublevel Zero is a game we want to play and we’d love for fellow gamers to share in that experience. We’re thrilled to finally be revealing Sublevel Zero to the public!”

Stuart Morton, Producer, Mastertronic, said: “From the very first play of Sublevel Zero I knew we had something special. Since then it has only got better and better. This is a game people should be keeping a close eye on this year.”

Sublevel Zero will be launching summer 2015 for Windows PC, Mac and Linux.