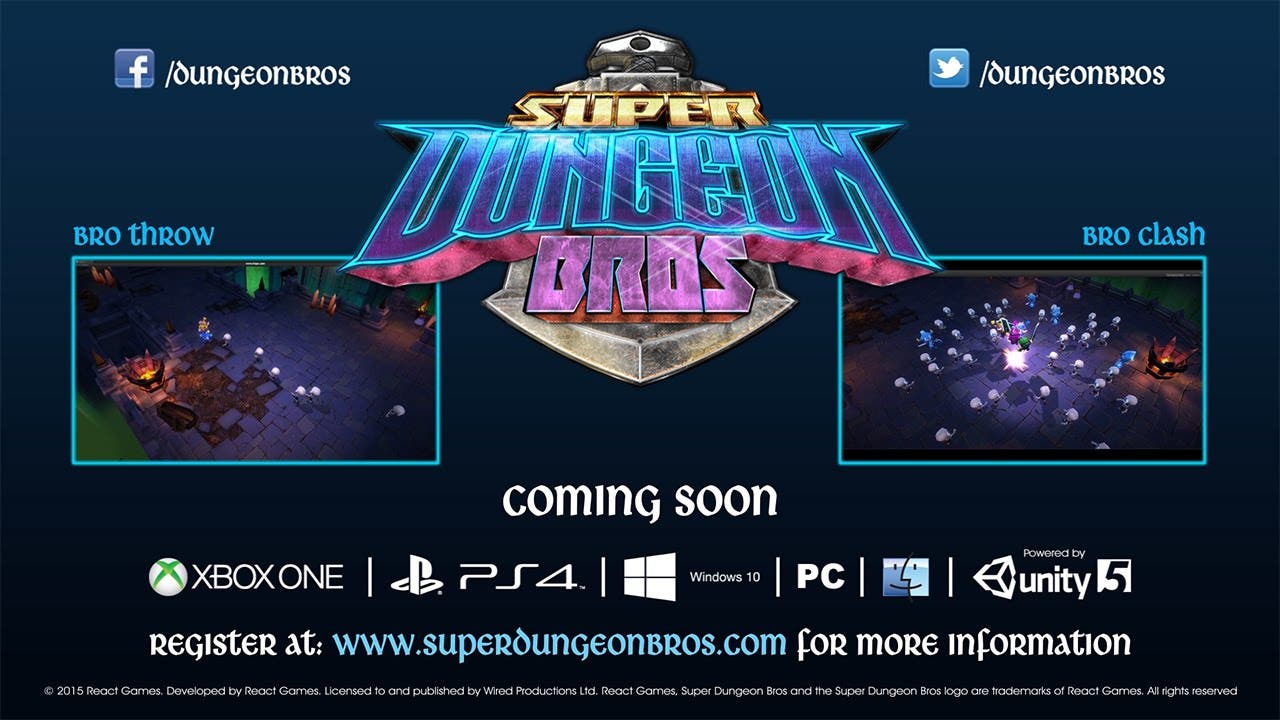 Wired Productions, an established independent digital games publisher, has today announced that Super Dungeon Bros, a rock-themed co-op dungeon brawler, is coming to Xbox One, the all-in-one games and entertainment system from Microsoft, as well as Windows 10 via the ID@Xbox self-publishing program. Developed by React Games and officially showcased at this year’s Game Developer Conference in San Francisco, Super Dungeon Bros will be one of the first games to take advantage of the much anticipated cross-device multiplayer gameplay between Xbox One and Windows 10 PC systems.

In Super Dungeon Bros, a band of four mighty bros raid the endless dungeons of Rökheim, a giant scar of godforsaken earth, where wars are waged in underground crypts built by the gods themselves. Teams of up to four players will control hard rocking warrior bros in ever-changing dungeons that combine rock and fantasy with dangerous foes, deadly obstacles, and hazardous puzzles. Fans are encouraged to register their interest at www.superdungeonbros.com, which will be updated with further Super Dungeon Bros details over the coming weeks.

“We’re very excited to feature cross-device multiplayer in Super Dungeon Bros,” said Leo Zullo, Managing Director of Wired Productions. “Cross-device gameplay has long been a wish of the gaming community. We’ve worked extremely closely with our development partners to make Super Dungeon Bros one of the first titles to support this innovative feature.”

React Games have been developing games for a number of years using Unity, and Super Dungeon Bros will take advantage of the most recent iteration of Unity.

“We’re extremely privileged to be part of the Unity 5 beta access program, which has allowed us to create a seamless cross-device multiplayer game,” said Chad Lee, CEO of React Games. “We’re committed to making Super Dungeon Bros the ultimate ‘bro-op’ experience that brings friends and family together across a range of platforms.”

Currently in early development, Super Dungeon Bros is scheduled for launch this fall on Xbox One, Windows 10, PlayStation 4, and Mac.