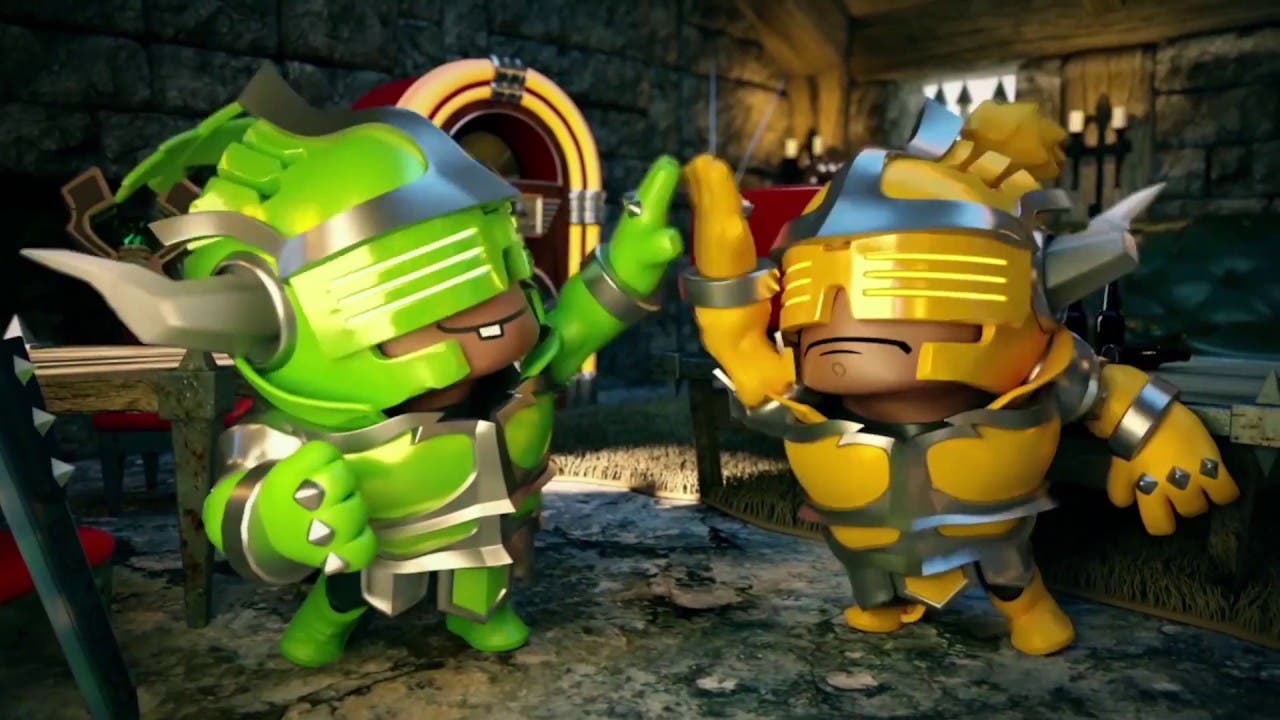 Developer React Games and publisher Wired Productions proudly announced today that its rock-‘n’-roll inspired co-op dungeon brawler Super Dungeon Bros is now available worldwide for Xbox One, the all-in-one games and entertainment system from Microsoft, the PlayStation®4 computer entertainment system, Steam and Windows PC for an MSRP of $19.99. Gamers with an Xbox Live Gold account can downloadSuper Dungeon Bros on Xbox One at no charge starting today for the game’s first month of sale, and the recently-revealed cast of Broettes – four fearless female counterparts to the titular Bros – are available to download free from November 1 to November 15 across all platforms.

To celebrate the game’s long-awaited debut, a headbangin’ new trailer was released today that showcases the Brotacular co-op gameplay that gave Super Dungeon Bros its “Bros B4 Foes” catchphrase, as well as features that fans will enjoy:https://youtu.be/wo78NGxewAg

“We’re delighted to finally see the game hitting shelves and digital storefronts around the world,” said Leo Zullo, Managing Director at Wired Productions. “Super Dungeon Bros is a brilliantly fun game to play – whether that’s as a single player experience, in co-op or with three other bros in tow. It’s all about having fun and it’s no exaggeration to say that Super Dungeon Bros turns it up to eleven!”

“The game is the result of a tremendous ongoing effort by the React Games team,” said Brad Moss, CEO at React Games.  “Super Dungeon Bros began life as a concept over two years ago, and to see the game now available at retail is a truly humbling experience; we can’t wait to share it with fans who have waited patiently to finally get their hands on the finished product.”

In the multiplayer-centric Super Dungeon Bros, a band of heavy metal heroes are summoned to embark on a quest from the Gods of Rock. Their mission: to navigate the fantasy realm of Rökheim and seek out epic loot, vanquish hordes of evil undead and uncover the legends of long lost fabled rock stars! Featuring captivating, laugh out loud action and adventure, players can rock out on or offline with four bros as they fling their friends onto far off ledges and distant trap triggers, or unleash their best tag team tactics with the ultimate bro-op offensive. Legendary tools of destruction can be individually leveled up to carry progress across sessions, and players can unleash weapon-specific co-op attacks that grow in power as others join in, such as the Bronado (stack up to create a whirling totem pole of destruction).

Three unique and challenging worlds await the brave ones as they explore the rock-themed realm of Rökheim and dive deep into the worlds of Cryptheim (an underground dungeon complex), Chillheim (a brewery built upon a natural brew geyser) and Bogheim (a sprawling jungle filled with poisonous plants and animals). Players will never rock the same dungeon twice thanks to the random room generation AI, and near-endless dungeon combinations! To keep things fresh between campaign sessions, players are also able to assemble and compete against other teams in the daily and weekly challenges to see who can claim the top spot on the global leaderboards!