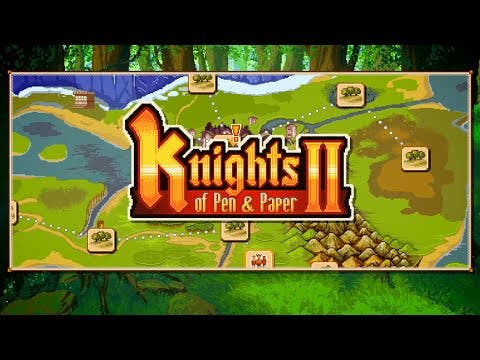 Knights of Pen & Paper 2 has a 60fps Trailer because why not?

Paradox Interactive, a publisher and developer on a roll, today released a new trailer for Knights of Pen & Paper 2, the turn-based meta-RPG coming to PC, iOS, and Android devices this year. The new trailer, which showcases a broad selection of in-game content in crisp, jaw-dropping 1080p at 60FPS, also includes sound, and the revolutionary interactive “pause” feature. Viewers of this trailer will be treated to a preview of the next-gen retro-style world of Knights of Pen & Paper 2, including dynamic dungeons, custom-built encounters, new character options, a horse, and some people yelling.

Roll up for adventure in Knights of Pen & Paper 2, the new turn-based adventure sequel to Knights of Pen & Paper +1 Edition, coming to iOS, Android, and PC in May 2015. Players get to take on the role of players, and also master the game as the party’s Game Master, designing encounters, rolling saves, and bickering endlessly at the fully customizable party. Assemble a group of virtual friends, dress them in class-specific hats, and take on an all-new series of quests, including dynamic dungeons, an improved combat system, new loot and crafting mechanics, and more, as the party faces its greatest challenge yet: the new edition of the ruleset.