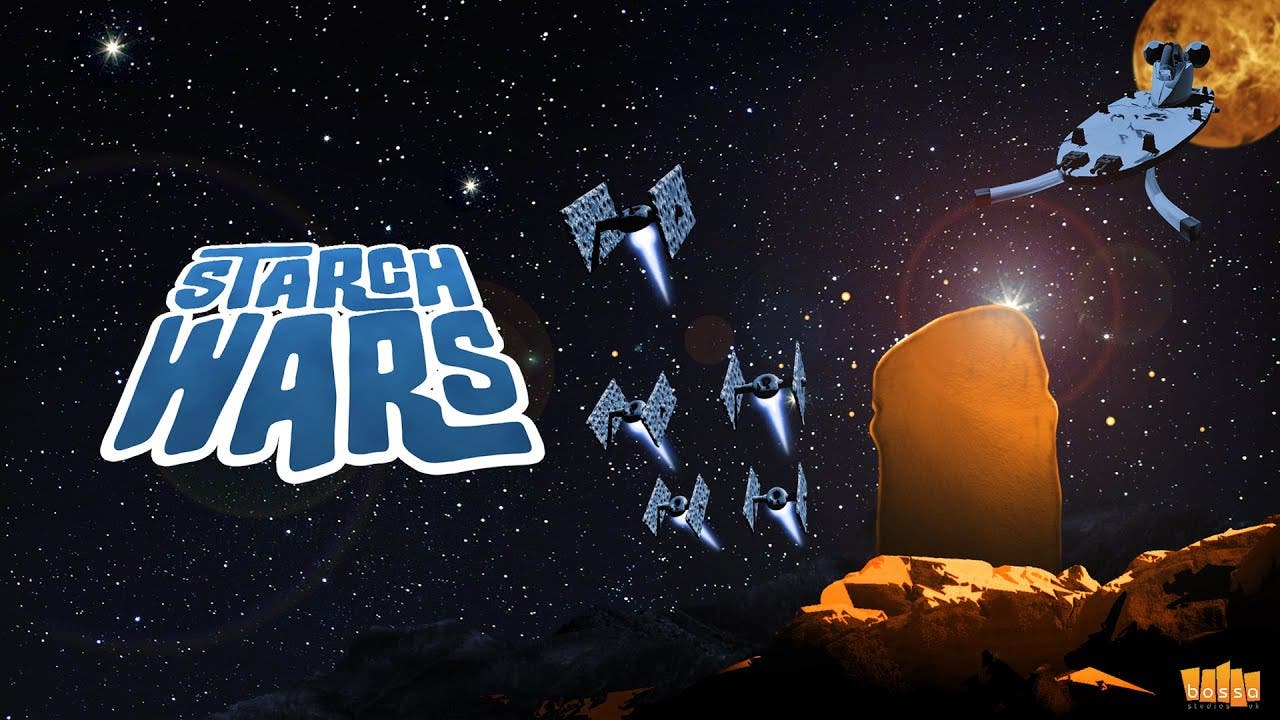 Bossa Studios bakes a “Starch Wars” update for I Am Bread

Taking its cue from a certain film series, Bossa Studios is set to deliver a new slice of gaming action with Starch Wars – A New Loaf; a fully playable space combat simulator set, quite literally, in the I am Bread universe.

Following the destruction of the Petrol Station, the remaining crumbs of the rebellious fleet have been intercepted as they head to the planet of All-dough-naan. A lone freedom fighter with the call sign Bread Leader picks up the distress signal and speeds to their aid. And yep, you guessed it; he’s their only hope.

Anyone owning I am Bread will be able to warp into Starch Wars simply by having completed the game’s opening chapter and embark on a breadly mission against Dough Baker’s squadrons of Rye Fighters before attempting to make toast out of the Starch Destroyer.