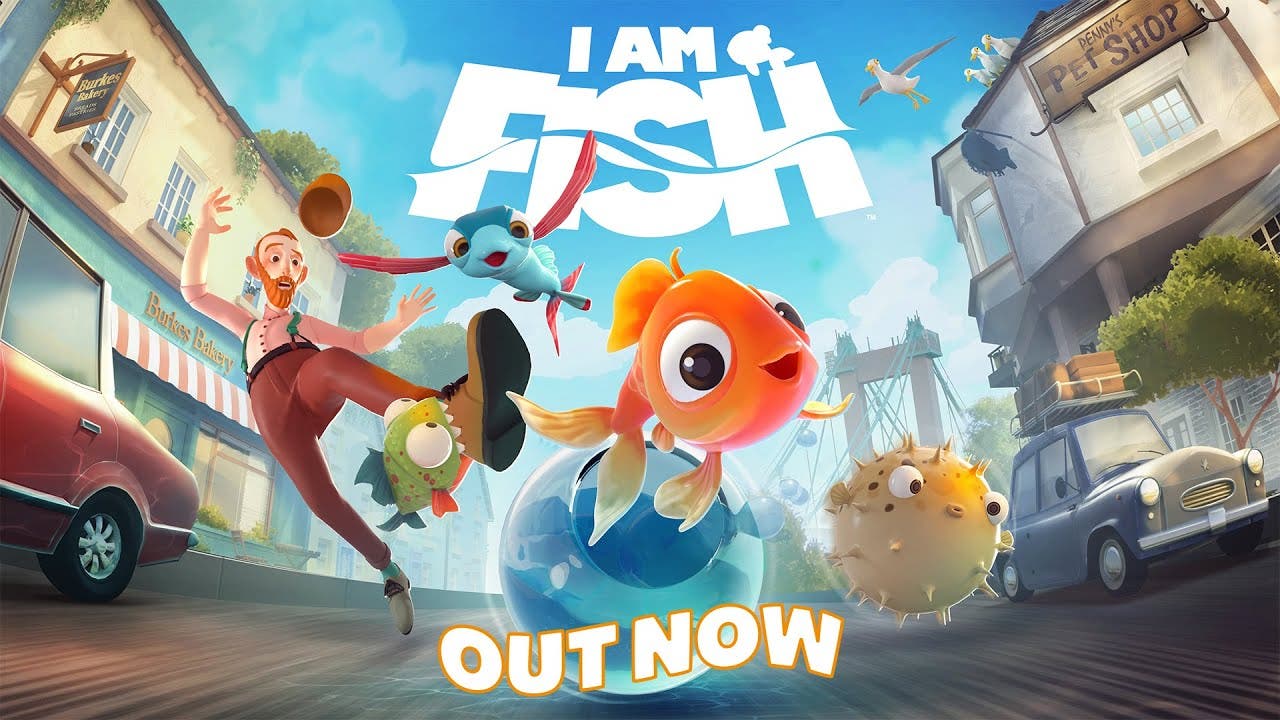 Within the same universe as I Am Bread, Bossa Studios releases I Am Fish for Xbox and PC today

LONDON, UK (Sept. 16, 2021) — Brought to you by the folks at Curve Digital and Bossa Studios, I Am Fish is now o-fish-ally available on Xbox Series X|S, Xbox One, PC (Windows 10 and Steam), and Xbox Game Pass. Whether you’re playing alone or taking turns with a friend, I Am Fish is sure to challenge and delight with its striking cartoon art design and rewarding gameplay. Watch today’s new launch trailer!

I Am Fish is a physics-based game that tells the story of four fish friends trying to reunite after being forcibly separated and scattered throughout the coastal county of Barnardshire. But getting the gang back together is no simple carp-walk! Players will have to navigate through packed nightclubs, knife-filled kitchens, filthy sewers, and busy roads in order to find each other once again.

“We’re thrilled to finally be able to share the whimsical world of I Am Fish with the world,” said Luke Williams, lead game designer at Bossa Studios. “Seeing the game go from prototype to release is an extremely gratifying experience and I’m excited to see players dive into all the zany antics that we’ve worked so hard on creating.”

Curve Digital CEO John Clark added, “We’ve been fans of Bossa Studios for some time, and to see the launch of I Am Fish is extremely exciting. It’s been a pleasure to join forces and partner up with Bossa, helping our friends at Whale and Dolphin Conservation along the way makes things extra special.”

I Am Fish is a “fish out of water” story in the truest sense, and the challenges in the game are sure to keep even the most seasoned gamers on their toes. Thankfully, the Goldfish, Pufferfish, Flying Fish, and Piranha each have unique abilities that allow them to skillfully swim, roll, fly, and chomp their way to safety. The game takes place within the shared universe of Surgeon Simulator and I Am Bread, so be on the lookout for some neat easter eggs and references.

To celebrate the launch, Curve Digital and Bossa Studios have created an I Am Fish Snap Camera AR Lens. This AR filter lets players transform into one of I Am Fish’s four aquatic champions and is a perfect companion for streamers and content creators.

In addition, a portion of every sale from the game on Steam will be donated to Whale and Dolphin Conservation (WDC). WDC is the leading global charity dedicated to the protection of whales and dolphins, and the team at Curve Digital and Bossa Studios are thrilled to be able to support their noble cause.

Finally, or perhaps fin-ally, Curve Digital is delighted to reveal a bundle of I Am Fish merchandise available to order courtesy of Fresh Merch, including a t-shirt and mug design inspired by the game. These goodies can be perch-ased at: https://bit.ly/IAmFishUS.

I Am Fish is available for £15.99, €19.99, $19.99 USD on Windows PC and Xbox. Xbox Game Pass members can play the game on Xbox consoles and PC as part of their subscription. Follow I Am Fish on Twitter for the latest updates, fish puns, and more.