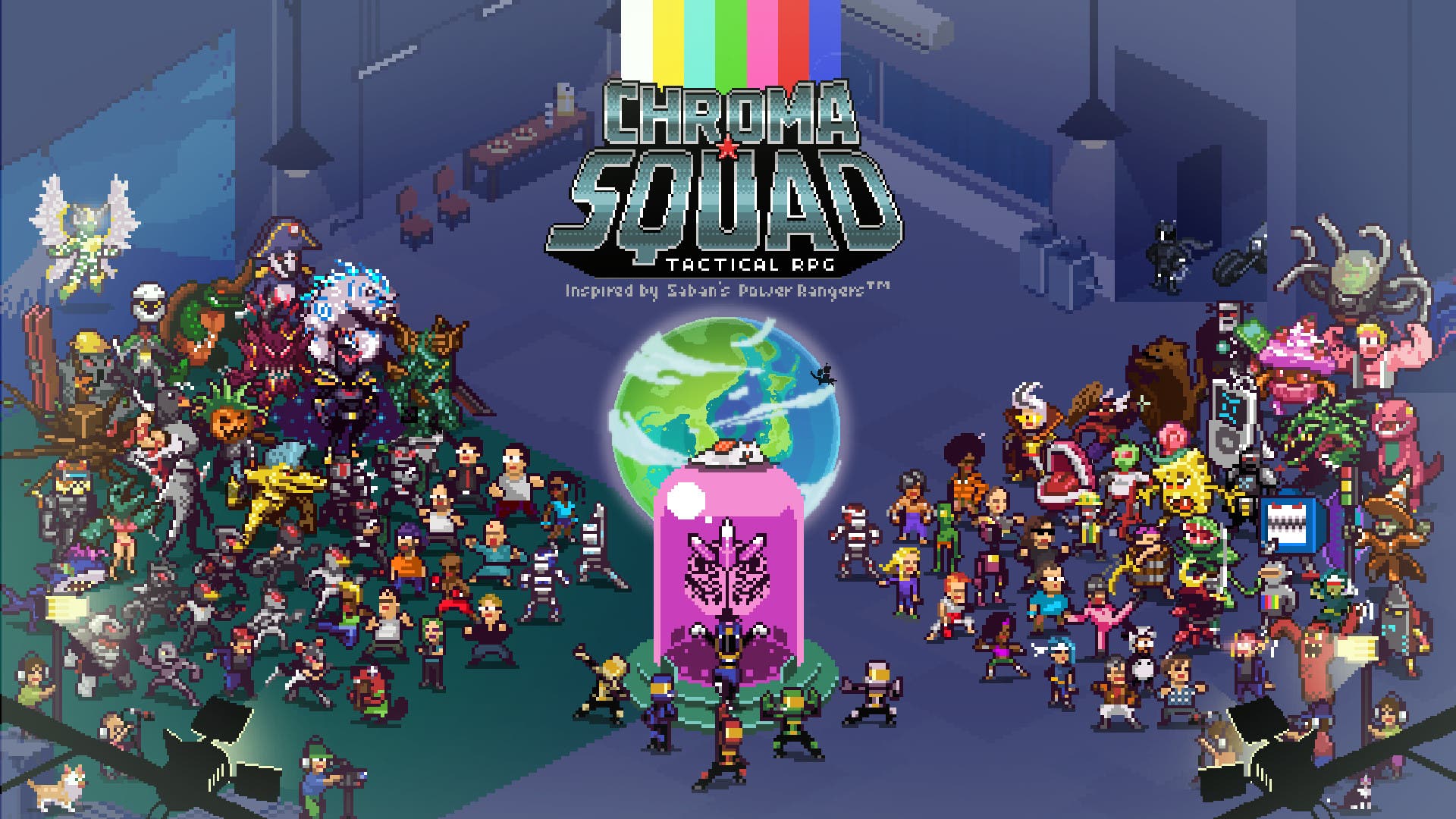 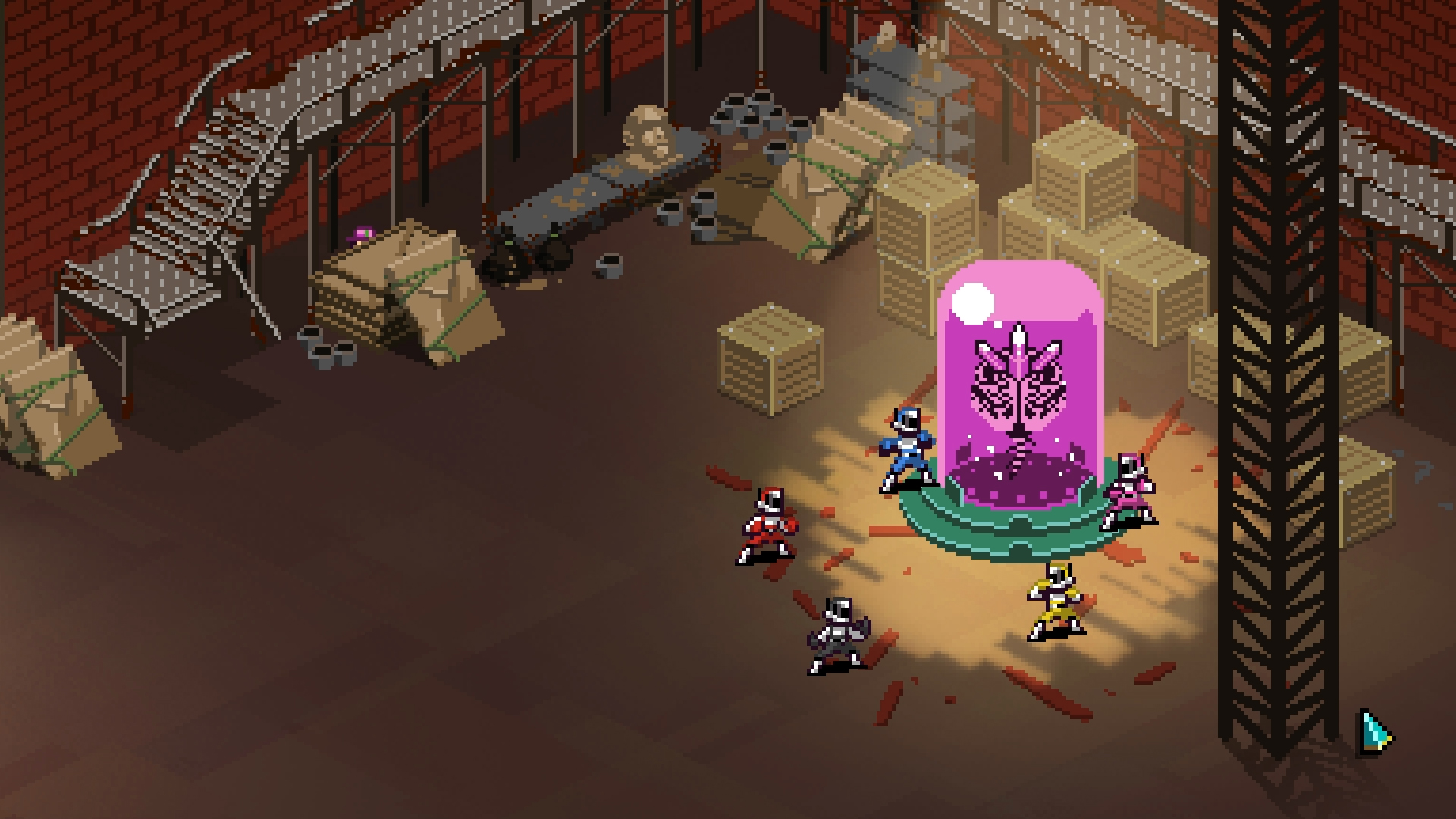 The prologue of Chroma Squad introduces you to the game’s mechanics and how the flow of combat should go. Rather quickly though, you’ll become fed up with the director, then the five stunt actors quit the studio and form a new one, as they believe they can do it better. It’s a funny, with tongue planted firmly in cheek type of game. It’s also written well, if not a bit dated with its references.

Starting off as a new studio, you’ll have to produce entertaining episodes that follows a set of rules as you need to do everything to gain an audience and eventually fans to keep the show running, or run the risk of being cancelled. Since the audience plays a huge role, you can’t go straight for the showstopper, you have to pace yourself. The game feels emblematic of a Power Rangers in regards to its flow Following the director’s goals will allow to achieve bonuses and gaining an audience faster, as the show will be of a higher quality. 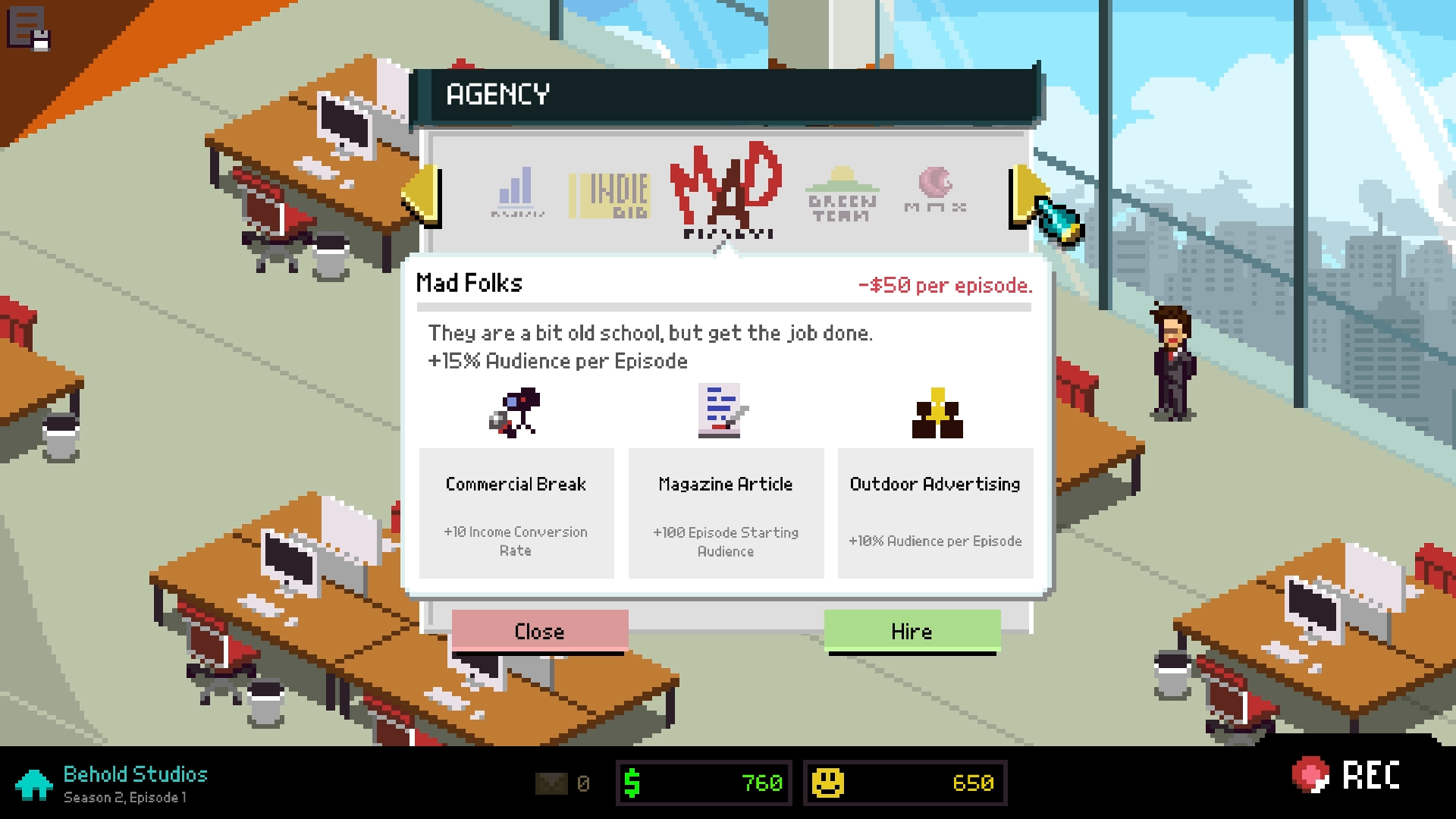 You control every aspect of the studio. You’ll assemble the team of former stunt actors, where you can replace them, rename them, or give them different roles which are designated by the color of their power suit. To further customize the game, you should give a custom name to the studio, the name of the show, as well as the catchphrases, and naming of the mechas that you will eventually pilot. This level of customization really makes it your own.

Chroma Squad is a tactical, turn-based strategy game with RPG elements. It can be considered an “XCOM lite”, if you must. The turns taken between both sides are swift enough that’s respectful of what it is emulating. The combat is quite simple, with each character delivering basic martial arts attacks, with a special attack that takes several turns to cooldown. Each character can be placed into “teamwork” mode which uses up their turn, and if strategically placed, can flip a teammate into a better position, or depending on how many are using teamwork, can do a combined attack for massive damage. With four of the five heroes in teamwork, you can perform a “super” to finish an enemy, but if you do your super too early, it will cost you audience members. 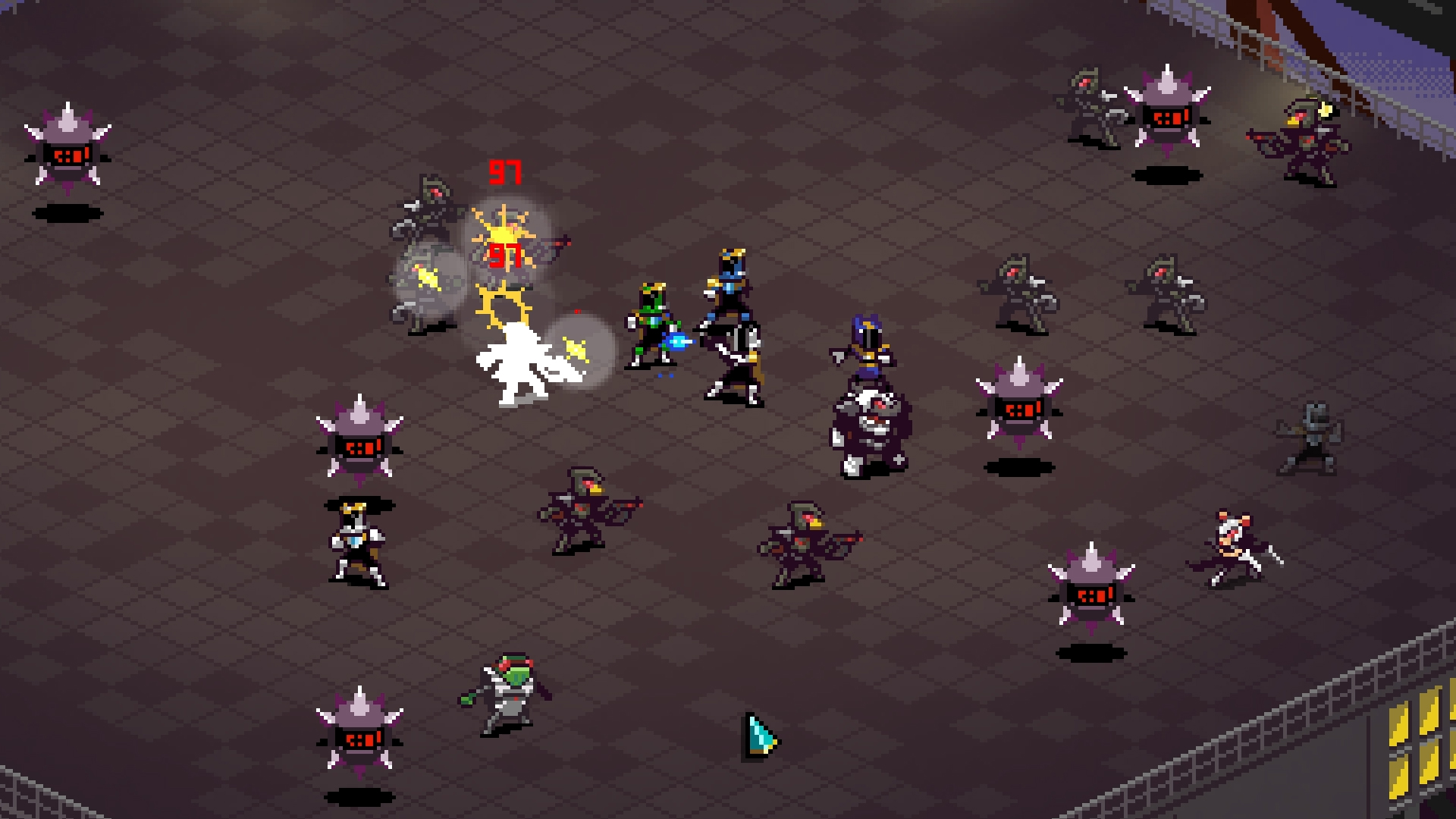 The game features three stages of battle, unless the story calls for something else. But you’ll be sent into battle as humans, and when you’ve earned enough points, you’ll be allowed to transform into superheroes, where you will automatically regain any health that was lost.

After the enemy has been defeated by your super attack, you’ll need to call on your mechas to do battle in giant robot armor, rivaling the size of skyscrapers. Here it is a bit of reductive combat, where you choose to attack or defend. Attacking can be done in successive combos, and defense is just a timed button press from taking no damage to some damage. It’s not a very exciting portion of the game until you do the final strike to end the enemy once and for all. The episodes in-game are just as formulaic as the shows they derive from, following the three stages of combat. 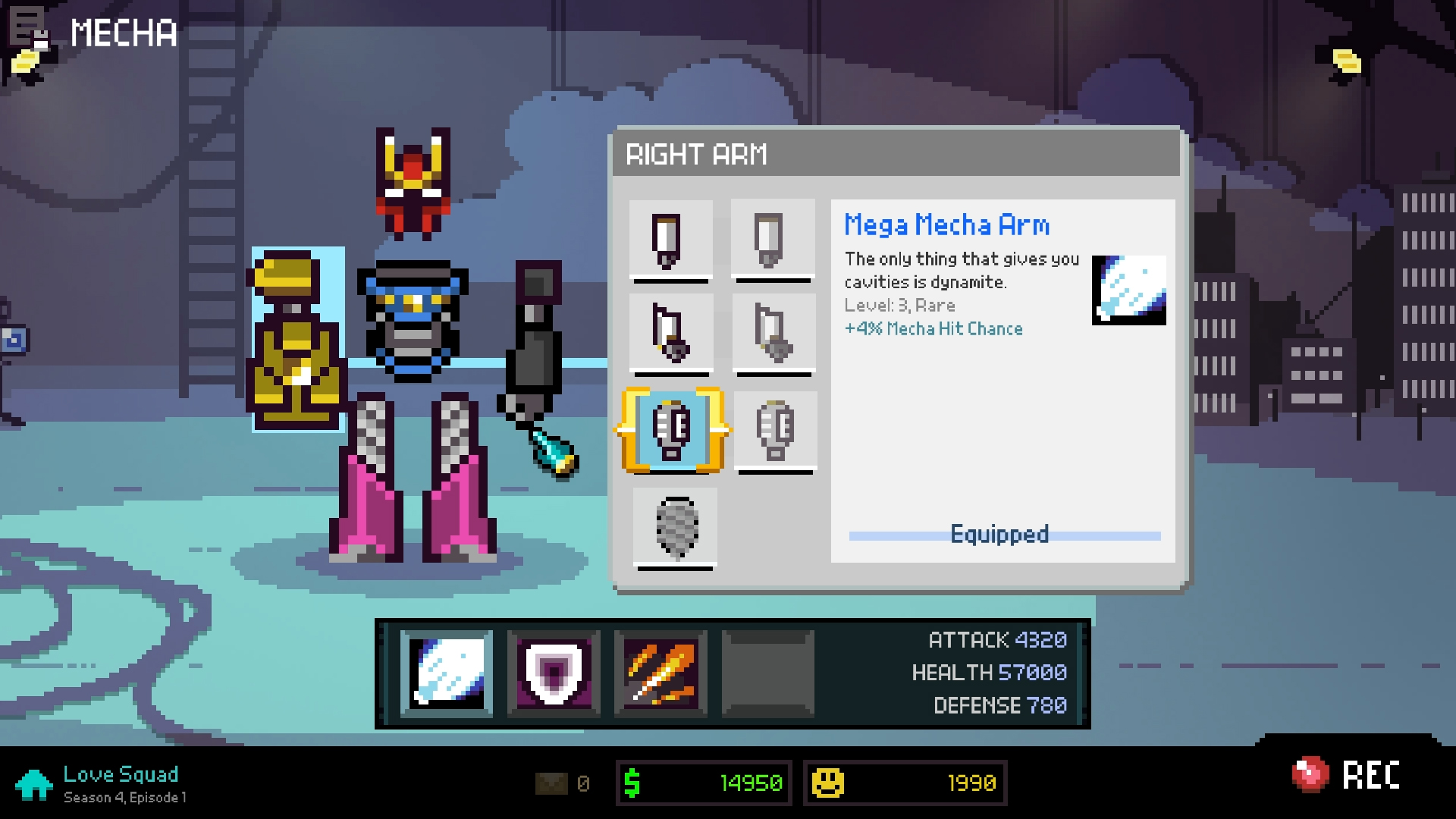 Along the way you’ll pick up items from dropped monsters to use towards crafting new weapons and armor for your super heroes to use. They also carry stats that improve your characters, but also help increase the believability of the show to get fans.

Upgrades come in many forms, but you can purchase enhancements to your set like an SD camera or a larger set to do battle on. Even with the upgrades to sets, they still feel a bit plain. You can get near gear for your mecha, or purchase advertising slots that help increase money earned and fans watching the show. You can read fan emails and respond to them, or ignore them. 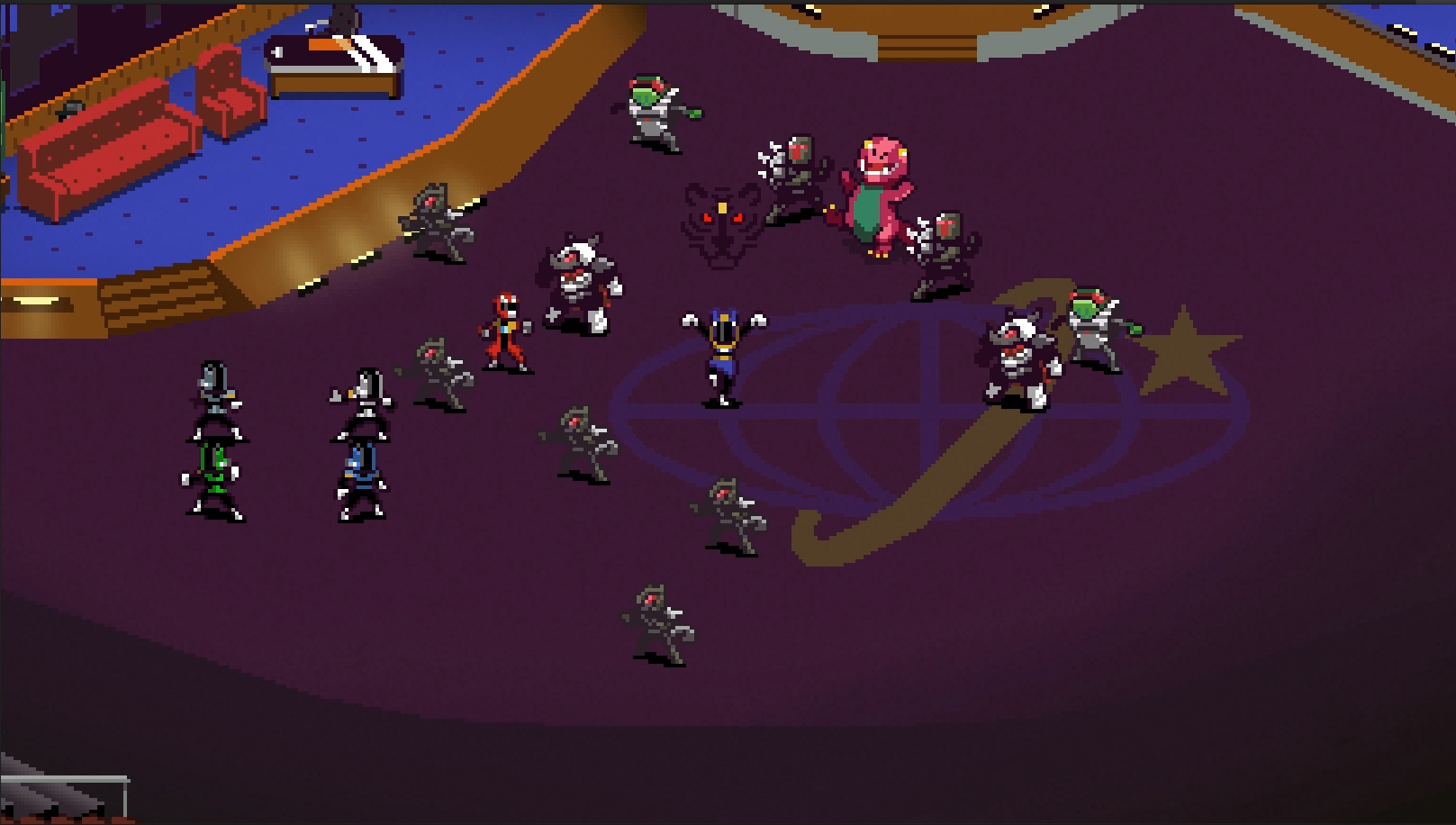 If you have any reverence for television shows of the 90s that were imported from Japan and were reworked for American television, then you’re in for a treat. The surface level combat and management that is included is enough to get by thanks to the self-aware humor and levity that distracts from its shortcomings. Chroma Squad is a unique game that anyone who’s ever watched Power Rangers will be right at home with creating their own power fantasy, or even those looking for a new type of turn-based strategy game.