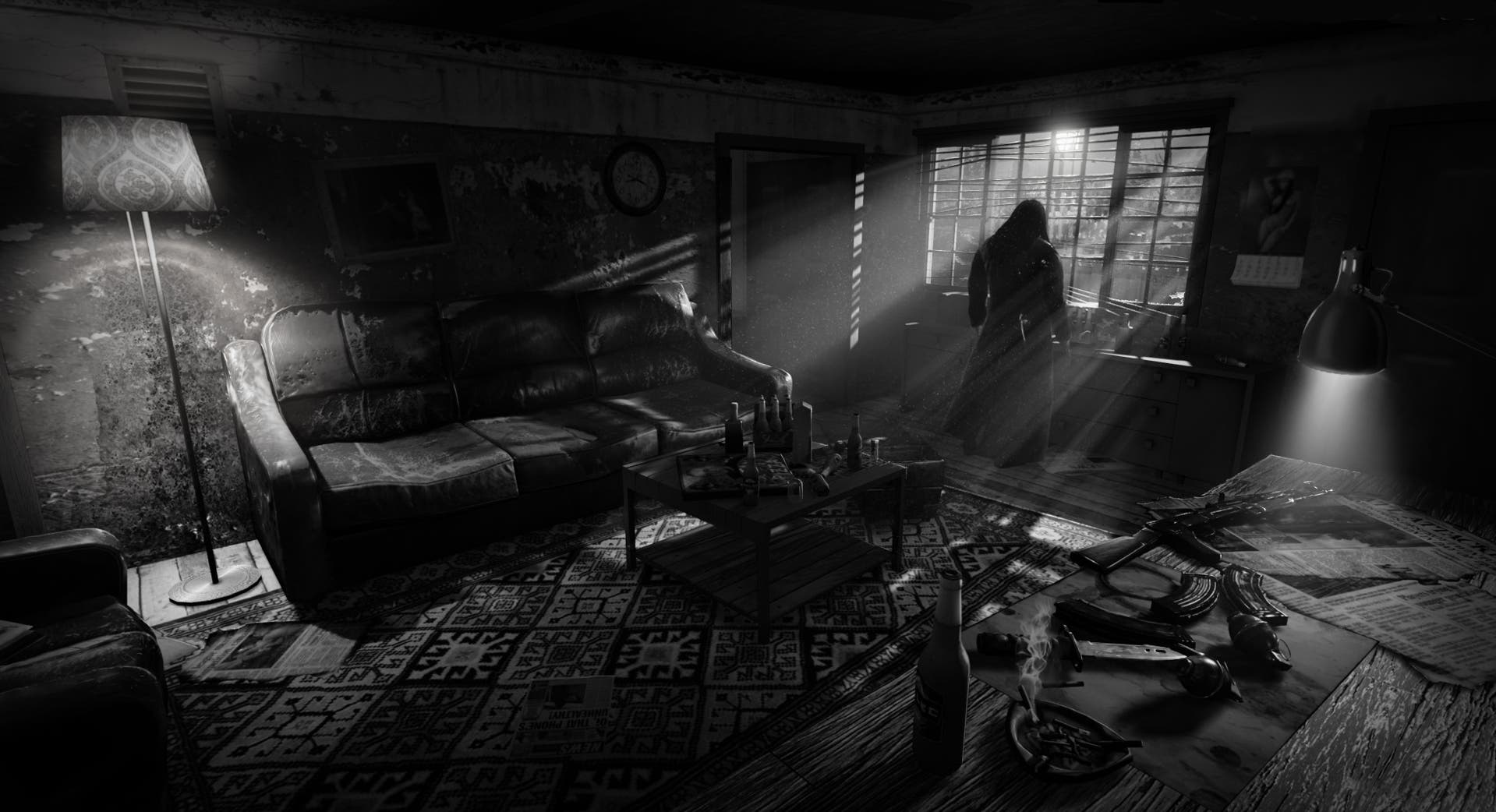 Hatred was first revealed back in October 2014, raising some serious concerns of a game that would pit you as the villain of the story, going on a murderous rampage killing innocent people. The game was even given an Adult Only rating by the ESRB, and after playing through the game, I can’t find anything that actually warrants the rating. The violence and gore of Hatred is certainly the least of the problems I have with it, though. Hatred from Destructive Creations is somewhat of an homage, if not directly one to 1997’s Postal from Running With Scissors. Hatred takes on a more sinister vibe than that of a postal worker going on a killing spree. Here you are some dude in all-black who is out to slaughter the world around him for no discernible reason other than for genocide. Hatred is constantly trying too hard: to be edgy, to be controversial, with the dialogue, which often falls flat and becomes downright comical.

Across the seven missions of Hatred, you’ll always be tasked with killing as many people as possible. How you do that, is where the variety comes in – but even then, that isn’t much. Secondary tasks pop-up which, when completed will give you a respawn point. Respawn points are used upon death, where instead of restarting the level over, you can respawn near where you died and continue on. You’ll often need the respawn points due to some serious opposition in the second half of the game. Hatred is often unnecessarily difficult even on the “easy” setting. When you complete the game you’re awarded the insulting ‘Wuss’ achievement to further cement that the developers clearly don’t care or respect their audience and do things just for the shock value. The game can be completed at around three hours depending on difficulty and if you have to repeat levels. It at no point justifies a $20 pricetag. The gameplay of Hatred is comparable to a twin-stick shooter, played from an isometric perspective which is not unlike the aforementioned Postal. I found the keyboard and mouse to be the best way to play it, but even that was a clunky and uncomfortable experience with multiple keys needed to be awkwardly pressed to do certain actions. The gamepad was not any better, with the aiming feeling swimmy and too sensitive for the needs of the game. If you get too low on health, you must execute downed civilians or policemen to get a portion of it back. When doing an execution, the game zooms in for a gruesome cutscene of their death, often with the person pleading for their lives. It’s a neat mechanic that gets overbearing each time you see it, thankfully though you can turn on “safe executions” which remove the cutscene entirely.

Hatred does not feature civilians fully incapable of defending themselves, as trailers and early reports would have led you to believe. After killing a good number of the populace, you’ll see random civilians take up arms and will fire back with anything that’s available to them. Not all civilians are as brave or smart, often taking cover behind nothing or running straight towards you screaming that you “don’t shoot”. It’s not perfect by any means, but the AI shows signs of intelligence, but none of them really use it efficiently or realistically. Hatred‘s destructibility almost takes a page from DICE and the likes of Bad Company 2: vehicles can be rammed through buildings, explosives will rip walls apart, and items like televisions and doors can be shot apart to pieces. Running on Unreal Engine 4, Hatred is a monochromatic game, where bits of color will shine through when there’s fire, police lights, and other elements on-screen. It’s a neat effect that sells the main character’s way of seeing things.

I can’t really say I ever had fun playing Hatred. You point, you shoot, you move on. With every level being so repetitive and essentially having the exact same goal, the time played and amount of levels are just right to end the game on the crescendo it was going for. It doesn’t succeed in sending any type of message worth repeating or seeing. Many were quick to jump onto Hatred for being ultra-violent, it is far from that. Many games come to mind that are more grotesque and egregious with what is on display: Spec Ops: The Line‘s “White Phosphorous”, Resident Evil 4‘s death cutscenes, or even Manhunt‘s stealth kills provided something worth talking about. Hatred is not a game I recommend very highly. It doesn’t have any substantial bugs or anything that prevents it from being playable. So if you find it on a very generous sale, then it might be worth it. It turns out Hatred wasn’t a game to be worried about, it’s nothing but a joke, but I’m not laughing.