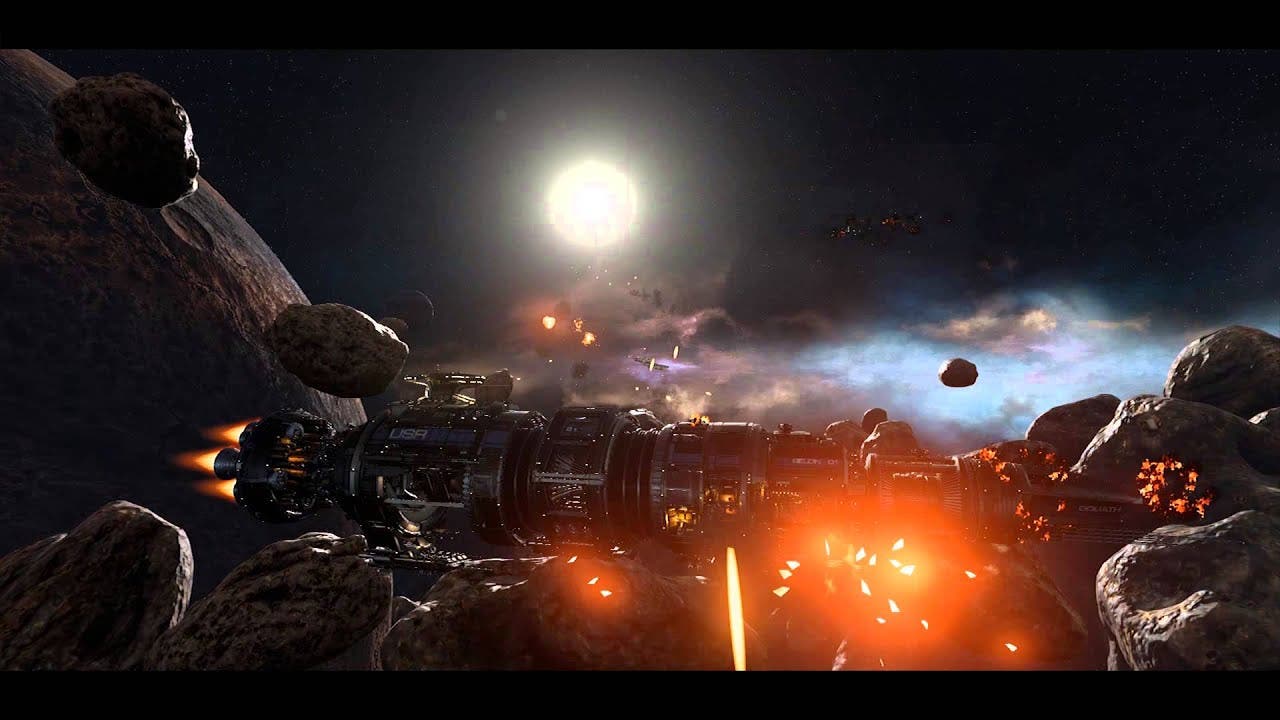 Edge Case Games today continued the growth of its team-based tactical space combat game, Fractured Space, with an update codenamed “Leviathan.” As shown in a video released today, the update brings two brand new ships to the 15 massive capital ships already in the game, game enhancements, and four new ship skins as rewards for players who participated in the wildly popular Fractured Space free weekend on Steam in April.

The update’s first ship is the eagerly-anticipated Leviathan from Titan Defense Systems (TDS), which softens up targets with a new fusion beam weapon before unleashing rapid-fire tempest cannons that deliver devastating close-range firepower. Along with its revolutionary beam weapon the Leviathan can rally reinforcements by deploying a mobile jump point for allied ships–its innovative features are sure to make it a popular choice for Fractured Space commanders!

Also new to the game is the USR Ranger, the only craft in the game to feature a self-healing function that can be activated by temporarily shutting down all systems to divert power to repairs. Bringing a fire support option to the USR line of ships, the Ranger has a charge cannon as its primary weapon–a unique weapon that deals more damage the longer the fire button is held before releasing.

The free new ship skin rewards for eligible players include a premium TDS Revenant ship skin for the Reaper that gives it a whole new look in battle as well as three additional alternate skins. There are numerous under the hood enhancements for players as well, including balance adjustments, fixes, and UI improvements.