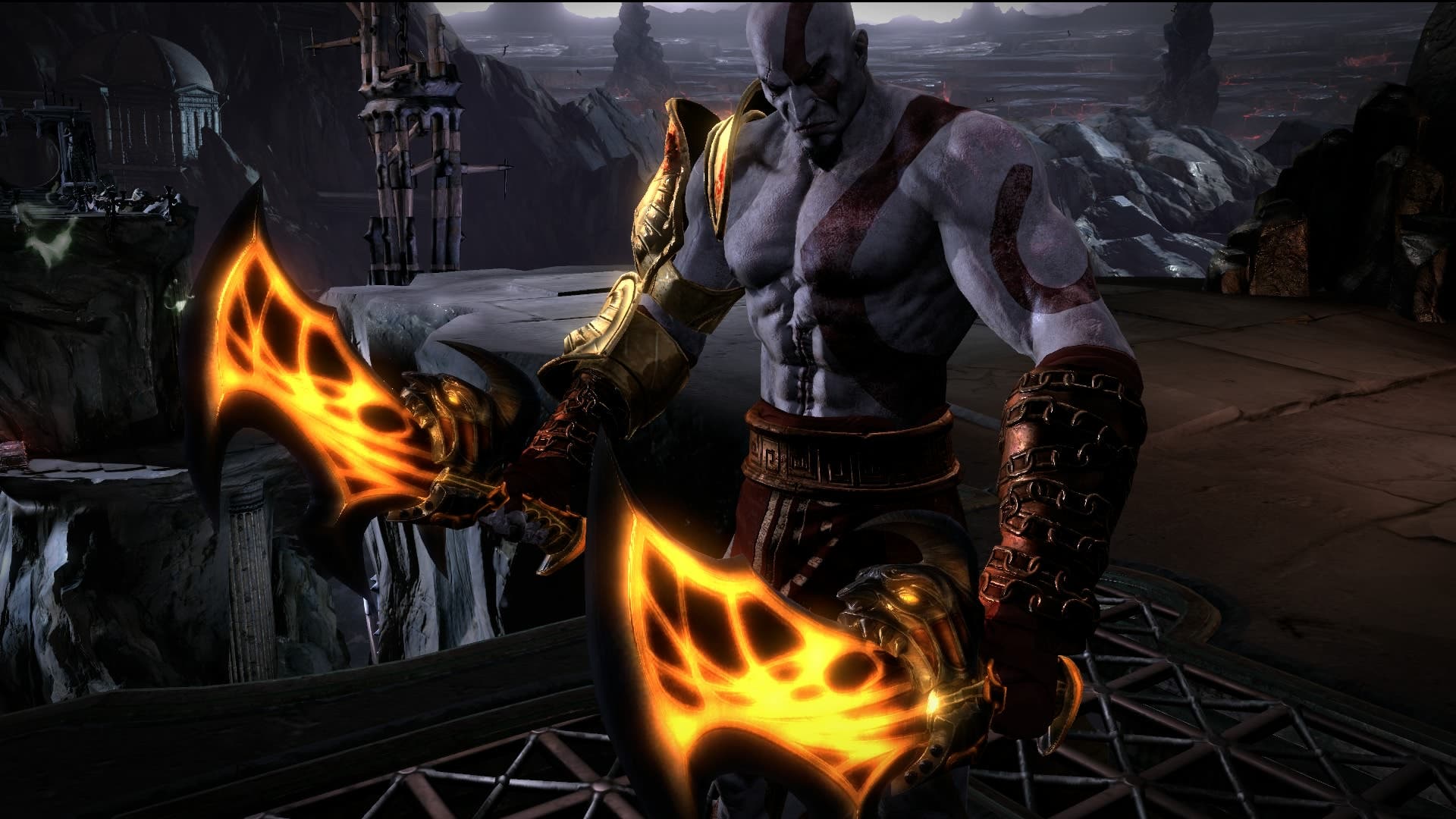 God Of War III Remastered is an updated version of the 2010 PlayStation 3 classic. It tells the final chapter of Kratos’ tale, and serves as the book-end to a fantastic trilogy. This remaster isn’t as breathtaking as The Last Of Us was, but it has a discernible bump in fidelity that shows it belongs in the pantheon of other great PS3 titles that would otherwise be forgotten too soon. Upon first starting the game you’ll find the UI and menus are much snappier than they have been previously, and that the textures are in a higher resolution. The colors feel a bit muted, depending on area. And some locations look better than others, but it runs in 1080p at 60fps at all times. One of the trademark feature for PS4 is the Photo Mode, where you are able to take pictures, filter them, and share them with the Share feature. The game also includes all of the DLC that was made available for the original God Of War III on PlayStation 3, this comes in the form of skins and arena challenges to test Kratos’ skills.

Though I find that anyone new to the series will be utterly lost. The intro cinematic that details the events of the first two games are simple, at best. They are not narrated or feature any subtitles to help things along, it’s just bombastic music playing as stylized vignettes of various scenes from the two prior games are recounted. God Of War III begins where God Of War II left off, and that will also be jarring for new players. I wish there was something included on-disc to catch players up better, if having the first two games was not a possibility.

The same can be said about the game’s original release, but from the moment you start playing, it is an opening that is worthy of the word “epic”, it’s a larger than life moving level, running around a Titan as it scales Mount Olympus. And much like a Metroid game, Kratos starts off as fully powered off, but is quickly dropped into Hades and all powers and abilities have gone away with it. As time goes on, Kratos slowly gain them back.

Cutscenes were once seamless with the gameplay once you regained control. not so here, here there’s a noticeable difference from the movies and the game. This is a shame, because they were stitched together so well to keep that immersion, and here it is baring its old age out for anyone to see. Kratos is also an asshole, spouting a dialogue as “Tell me where to find the Fire of Olypus!” to which the response is “For what purpose?” and Kratos retorts with “For the purpose I have chosen”. These lines are cringeworthy, but thankfully the story and script become much more interesting in the second half of the game. The God Of War series isn’t best known for difficult or demanding puzzles, but they were challenging enough. Though with God Of War III, these puzzles are telegraphed a bit more than they should, revealing the secret to solving them long before you’ve had a chance to try. The sweeping camera angles and viewpoints add to get an understanding of your surrounding, as you cannot control the camera for yourself. The lack of camera control is still very much a God of War thing, but feels dated even more so than its original 2010 release.

These puzzle sequences give great pause to the gory, unrelenting action that precedes and succeeds the action. Controlling Kratos is smooth and responsive. Unlike prior games, the weapon variety is meaningful. Obtaining new weapons are no longer useless, they are just as impactful as the trust twin blades Kratos is known for, but now there can be more changes within a fight to assist. The combat is exciting and diverse as ever, with the chance to earn up to a 1000-hit combo, gives much promise to the diversity and complexity that the move list will provide, among the dozens and dozens of enemies to shove a blade through. The amount of enemies on-screen was a technical marvel at the time, and its impact is a bit less impressive here. God Of War III Remastered is a weird one to exist. It’s a game seemingly out of time, with old practices and designs we’ve left behind in these short 5 years. It’s hard to even know who this game was made for. Was it made for those who had it on PS3? Was it made for those who somehow played the first two on PS2, skipped PS3, and now own a PS4? Even then, it all feels incomplete. Without the original God Of War and God Of War II beside it, newcomers will be absolutely lost as the intro cinematic isn’t very clear at depicting the events of the first two games for players to care about Kratos’ adventure.

God Of War III Remastered is a fantastic game with a face lift that hides its age pretty well. What isn’t hidden, is a diverse range of combat abilities coupled with intense, over-the-top action. The puzzle elements and story come off weak and uninspired. New players might be lost at the goings on for the series, but will love the combat that can be found in the game. Veteran players will enjoy seeing the game as how they remember it. God Of War III Remastered is a bit overpriced for what you’re getting, and while it isn’t perfect, it’s an essential game for breathing new life into PlayStation 3 games.